ROGERS, Ark. (KFSM) — The Cathedral of Notre Dame is not only a historical structure but also contains artifacts that are irreplaceable making fighting th... 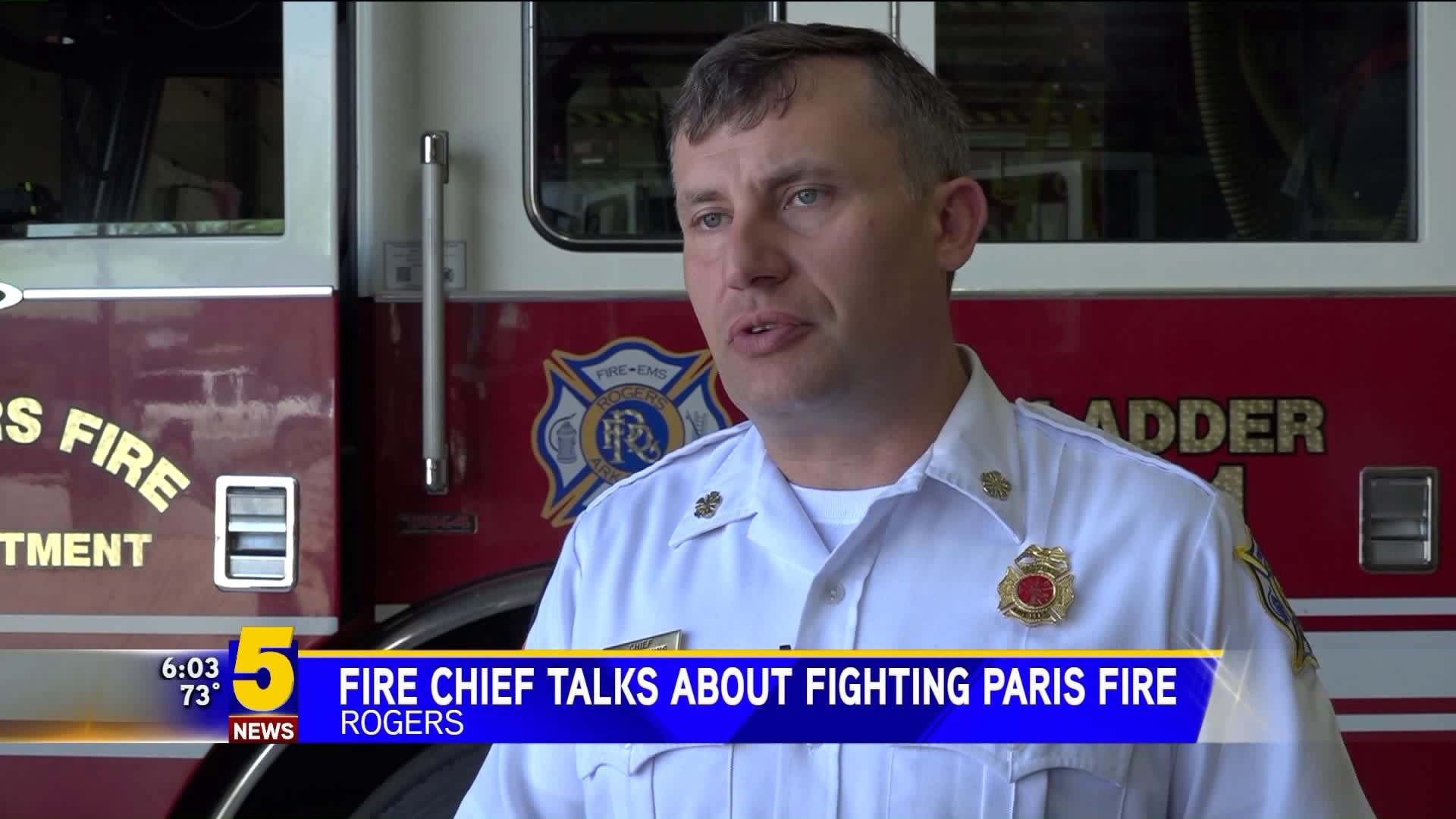 ROGERS, Ark. (KFSM) -- The Cathedral of Notre Dame is not only a historical structure but also contains artifacts that are irreplaceable making fighting the fire even more complicated.

“While a Cathedral like that isn`t necessarily in Northwest Arkansas what you do find is within any city our community you have structures that have historic significance,” Chief Tom Jenkins.

Rogers Fire Chief Tom Jenkins said this is why automatic sprinkler systems are very important. He said those sprinklers go off early and in a small area when they detect fire preventing a blaze like in Paris.

Jenkins said newer construction have sprinklers that are essentially like having firefighters on duty all the time.

"Those devices aren't like in the movies, they don't all go off at once. If there is a fire near a sprinkler head, it goes off and sends about as much water as you get out of your water head at home. It keeps the fire small and allows us the time we need to get there to extinguish the fire and the building isn't a total loss,” he said.

“That`s a once in a career type of fire and it`s under renovation and so all of those variables really play into what was a terrible day for the Paris Fire Department,” he said.

Crews are still digging through the rubble to determine what precious artifacts were saved and which were destroyed.

Some of the artifacts are being secured at Paris City Hall before being transferred to the louver for preservation.