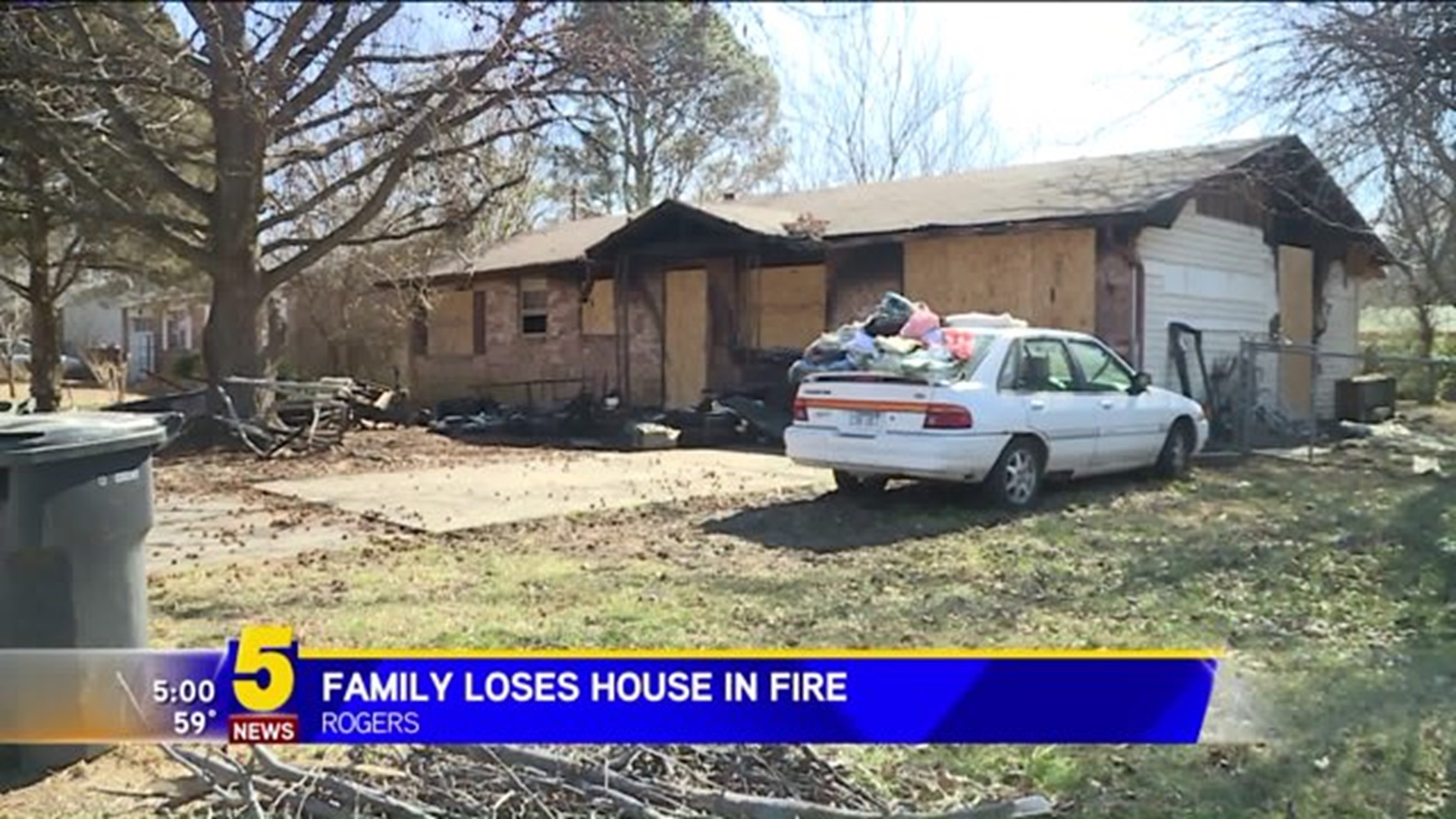 Firefighters responded to the house on West Bishop Street around 9 p.m.

Stephanie Baker said she, her husband and their son Lawrence live at the house, but only her husband was home at the time of the blaze. Baker said he was taken to the hospital with first and second-degree burns.

"My phone has just been ringing off the hook," Baker said. "People have been pouring love on us, everyone is asking, 'What can we do?'"

On Friday (Feb. 12), Baker and her son sorted through the rubble in their front yard. She said the house has been boarded up and they're not sure what can be saved.

"Clothes are pretty much just black," Baker said. "Everything in the house is black, there's mud and water everywhere."

Baker said they didn't have smoke alarms in the house. She said they also don't have renter's insurance.

Lawrence attends Rogers Heritage High School, and counselor Kim Favero has already organized a clothing drive for the family. She said clothing items and food donations can be dropped off at the front office.

"We have to help one another; it could be me or you tomorrow," Favero said.  "It's hard to reach out and ask for things when you're the person in need, but when she sees other people in need or their family sees people in need, they do for others, so it's just our turn."