BENTON COUNTY (KFSM) — The police chiefs and mayors of Rogers and Bentonville sent a memo to the members of the Benton County Quorum Court Monday (April 2... 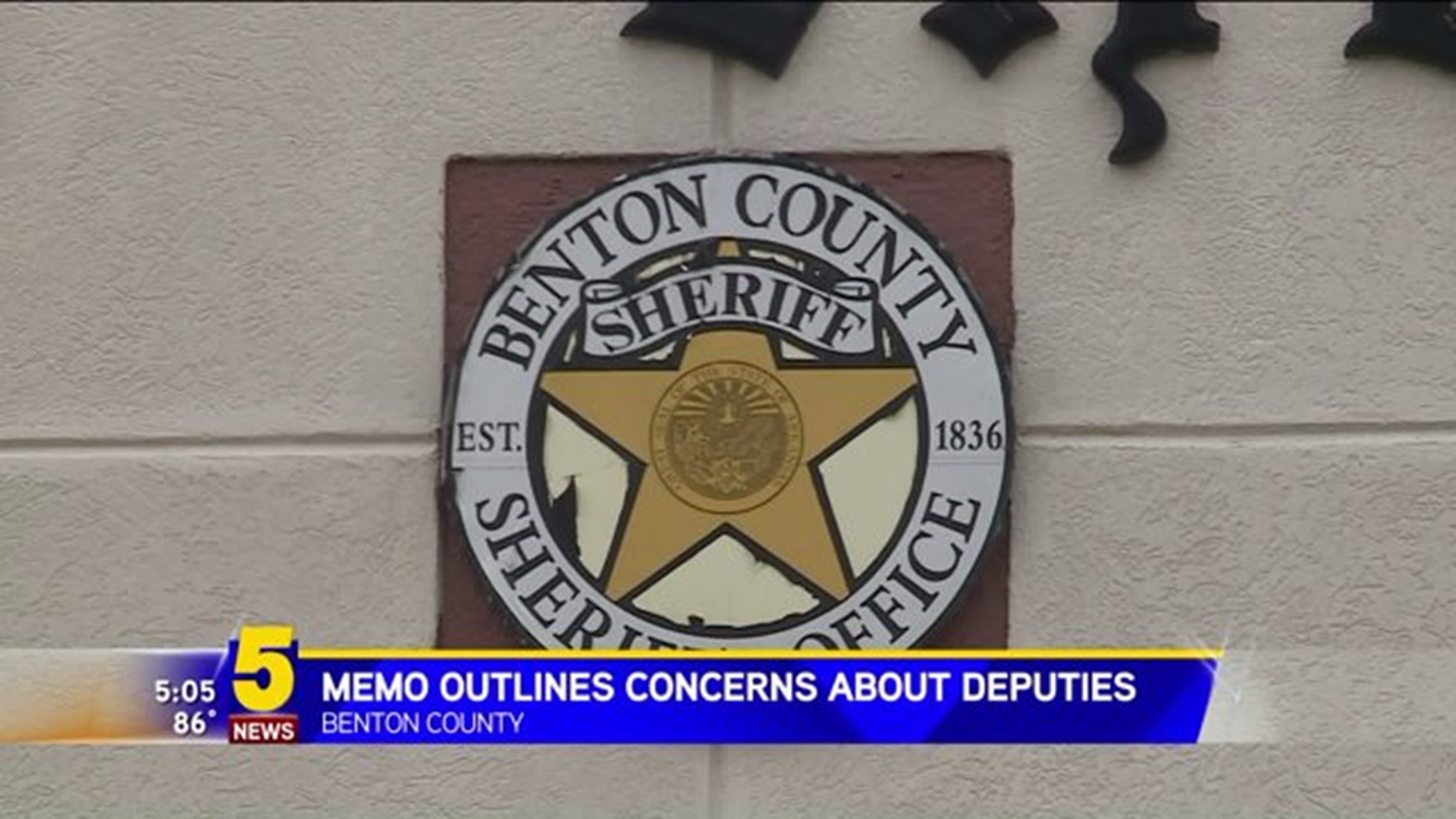 BENTON COUNTY (KFSM) -- The police chiefs and mayors of Rogers and Bentonville sent a memo to the members of the Benton County Quorum Court Monday (April 25) expressing concerns about the way county deputies operate their vehicles and manage and communicate during "sting" operations conducted within city limits.

The concerns listed in the memo include deputies causing accidents, driving recklessly, speeding in excess of 100 miles per hour during emergency responses on crowded streets and highways, mismanaging "sting" operations, and not communicating with city police departments during such operations leading to panic from nearby residents.

The memo states: "These instances are chilling, and if this behavior continues, it is not a matter of it, but rather when a citizen is killed as a consequence."

According to the memo, law enforcement leadership in both Rogers and Bentonville relayed those concerns to former Benton County Sheriff Kelley Cradduck with either no response or a response that failed to recognize the significance of the issues.

The memo states: "The Sheriff's Office has a number of outstanding deputies that we would be proud to work beside each day. However, there are some individuals and units within that office that are demonstrating reckless behavior further complicated by a continuing lack of leadership."

It also lists several specific incidents in Bentonville and Rogers over the last several months where the police chiefs and mayors felt deputies behaved in a way that undermined public trust.

The following incidents occurred in Bentonville:

The following incidents occurred in Rogers:

"I had heard of a couple of incidents, but not this scope," he said.

Clinard added that the police chiefs and mayors are just concerned about their residents.

"[These men] didn't have any political motivation to do that," he said. "They are genuinely concerned about the safety of the people in Benton County and these cities."

The memo concludes: "It is our wish that you would address all of the above concerns when selecting the interim Sheriff. It is also our hope that the candidate selected will ensure a safe, professional and responsible law enforcement environment for the citizens of Benton County."

And Rogers Police Chief Hayes Minor released this statement: "I think the letter speaks for itself. We have expressed our concerns to the Quorum Court, and we believe that the new sheriff should be given the opportunity to understand the issues and develop a strategy to correct those issues."

On Monday (April 25), the Benton County Quorum Court selection committee voted to appoint Meyers Gilbert as interim sheriff. The full Quorum Court will vote on whether to appoint him to the position on Thursday.

The sheriff's office was left vacant after Kelley Cradduck submitted a letter of resignation to the Quorum Court April 11. The following day the Justices of the Peace voted to approve $80,000 for a buyout. On April 15, the Quorum Court approved Cradduck’s resignation and began the search for an interim sheriff.