Rodeo Of The Ozarks Gets Early Start Date

SPRINGDALE (KFSM) – The popular Rodeo of the Ozarks event, which has welcomed visitors from around the world to Springdale, has been moved up one week to ... 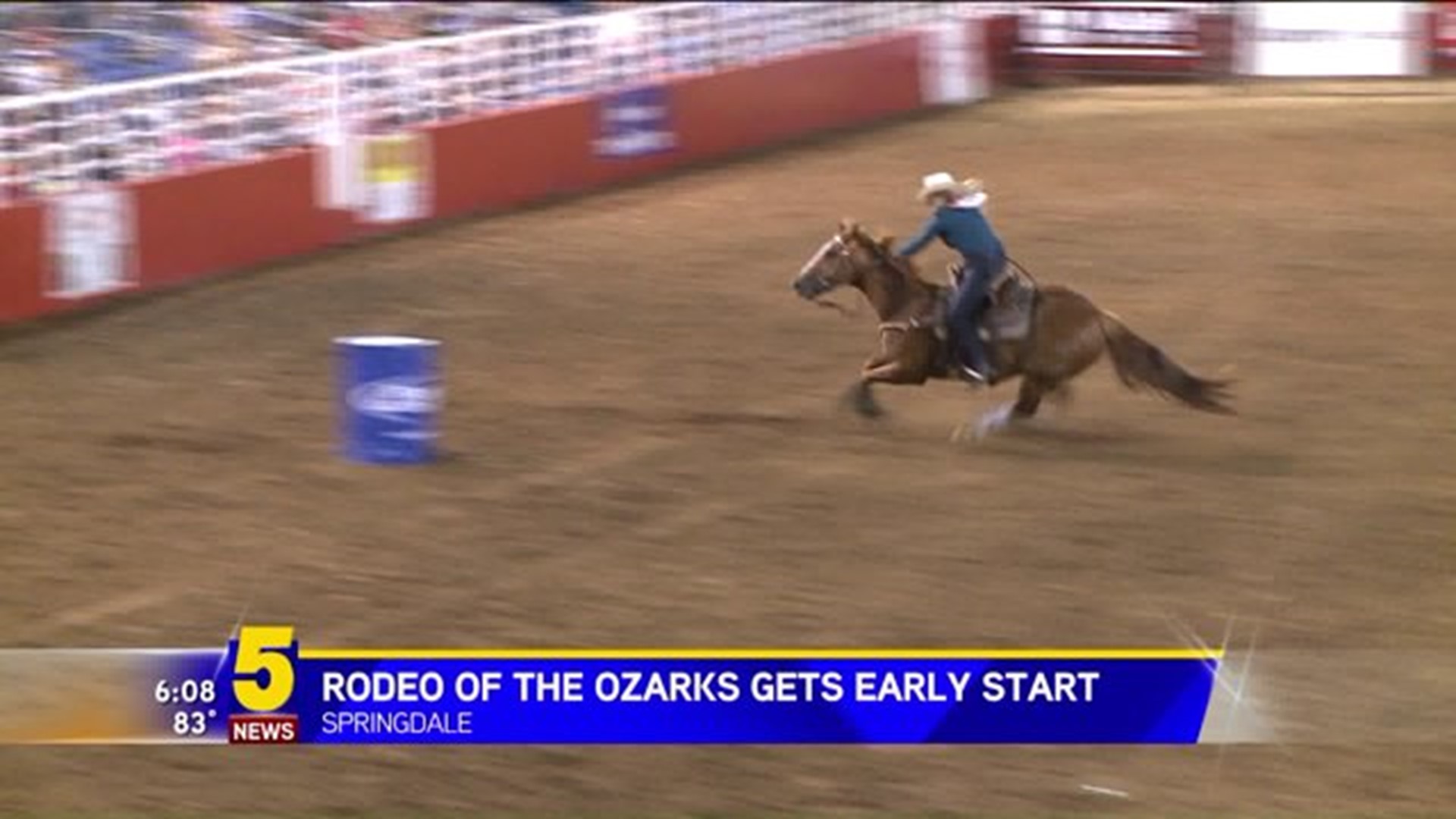 SPRINGDALE (KFSM) - The popular Rodeo of the Ozarks event, which has welcomed visitors from around the world to Springdale, has been moved up one week to June 22-25.

For more than seven decades, Parson's Stadium in Springdale has been the home of the rodeo in Northwest Arkansas.

Janet Reed has attended every event for the last 20 years.

"It's wonderful to have that size of a rodeo," said Reed. "It's good entertainment value and it just brings more economics and economy into the area."

She volunteers for Cowboy Hospitality, meaning that it is her job to feed the participants who traveled from around the country to the area.

Rick Culver, executive director of the Rodeo of the Ozarks, said the date change is to not only get more people in the stands, but also more participants out in the arena.

"Fourth of July is the largest weekend for rodeos in the United States," said Culver. "So it's a business to the rodeo cowboys and cowgirls; so they now can go out west, go to three or four rodeos."

Board member Tex Holt said at the end of the day, it's all about giving the audience a great show.

"Most of the time we can put on a show out here at Parson's Stadium that we truly feel like our customer who has purchased that ticket can say 'Hey, we got our money's worth,'" said Holt.

The annual wagon train and parade are still scheduled this summer, with fireworks also expected to take place.