(CBS) — We’ve all heard of therapy dogs, but what about a robot therapy dog? “Jennie” is a prototype dog designed to help patients who are una... 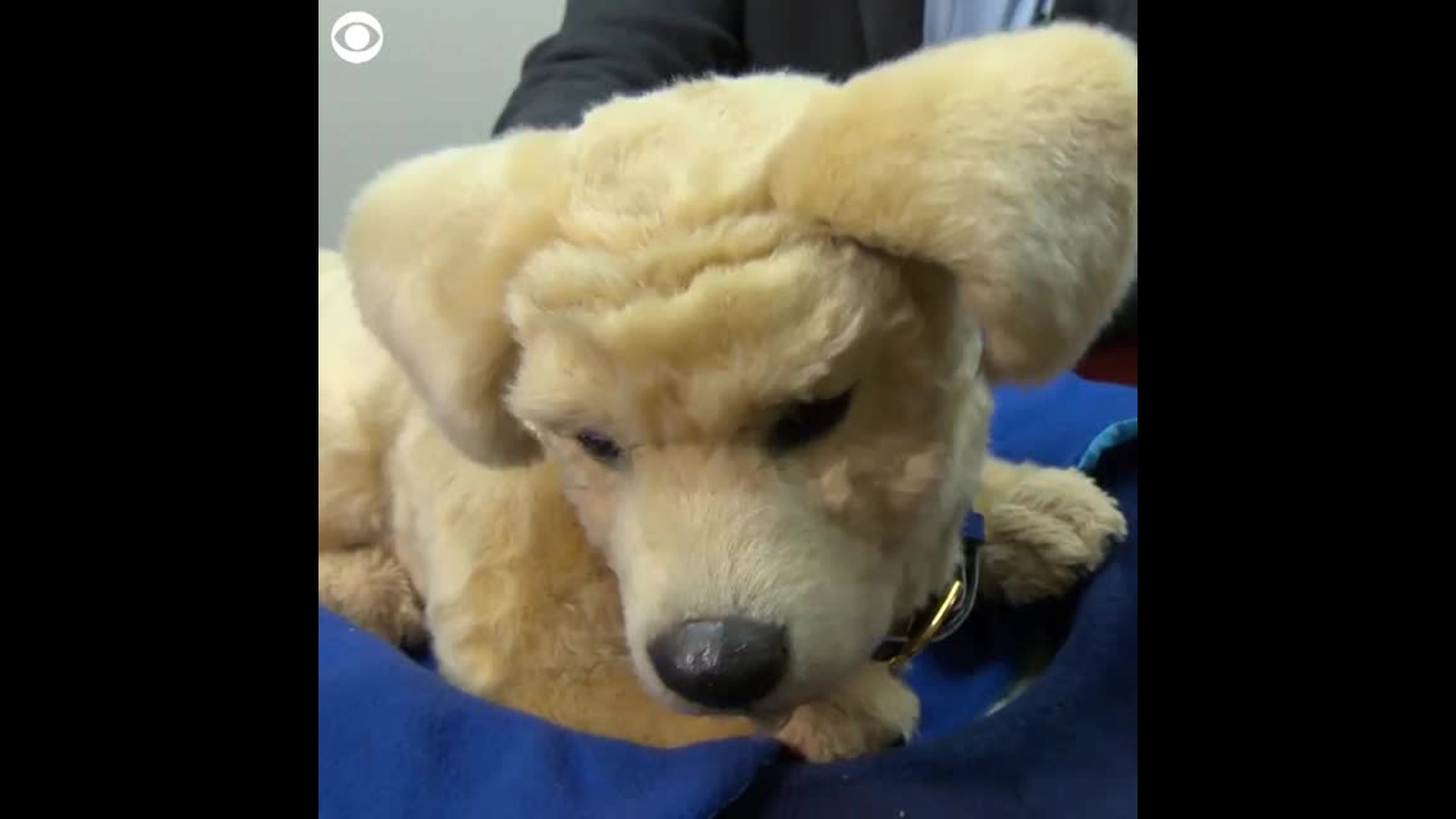 (CBS) — We've all heard of therapy dogs, but what about a robot therapy dog?

"Jennie" is a prototype dog designed to help patients who are unable to care for a real pet and is a product of the company Tombot.

Tom Stevens started the business after his mother was diagnosed with Alzheimer's and her beloved dog had to be taken away.

"My mom was devasted, so I started looking at substitutes for live animal companions," Stevens said.

Dennis Kerr has Parkinson's disease and has difficulty moving and speaking. Kerr's daughter, Autumn, says "Jennie" could be a calming force for her father.

"You can just pet her. She's not active and all over the place," Kerr said. "Sometimes with pets, they can get a little rambunctious."

"There are now increasing numbers of studies that show that people really thrive and feel better when they have some amount of physical contact in their lives," Dr. Mataric said.

There is some evidence that robotic companions can do the same and real-life ones. "Jennie" barks and wags her tail like a real dog. She also responds to touch, creating a connection for people like Dennis.

The synthetic fur for the robot-dogs was created by Jim Henson's Creature Shop, which produces The Muppets.

The robots are expected to go on the market next year for about $450.