ALMA, Ark. (KFSM) — Businesses in Alma are struggling to stay afloat after a road construction project has dragged on months after the expected completion date.... 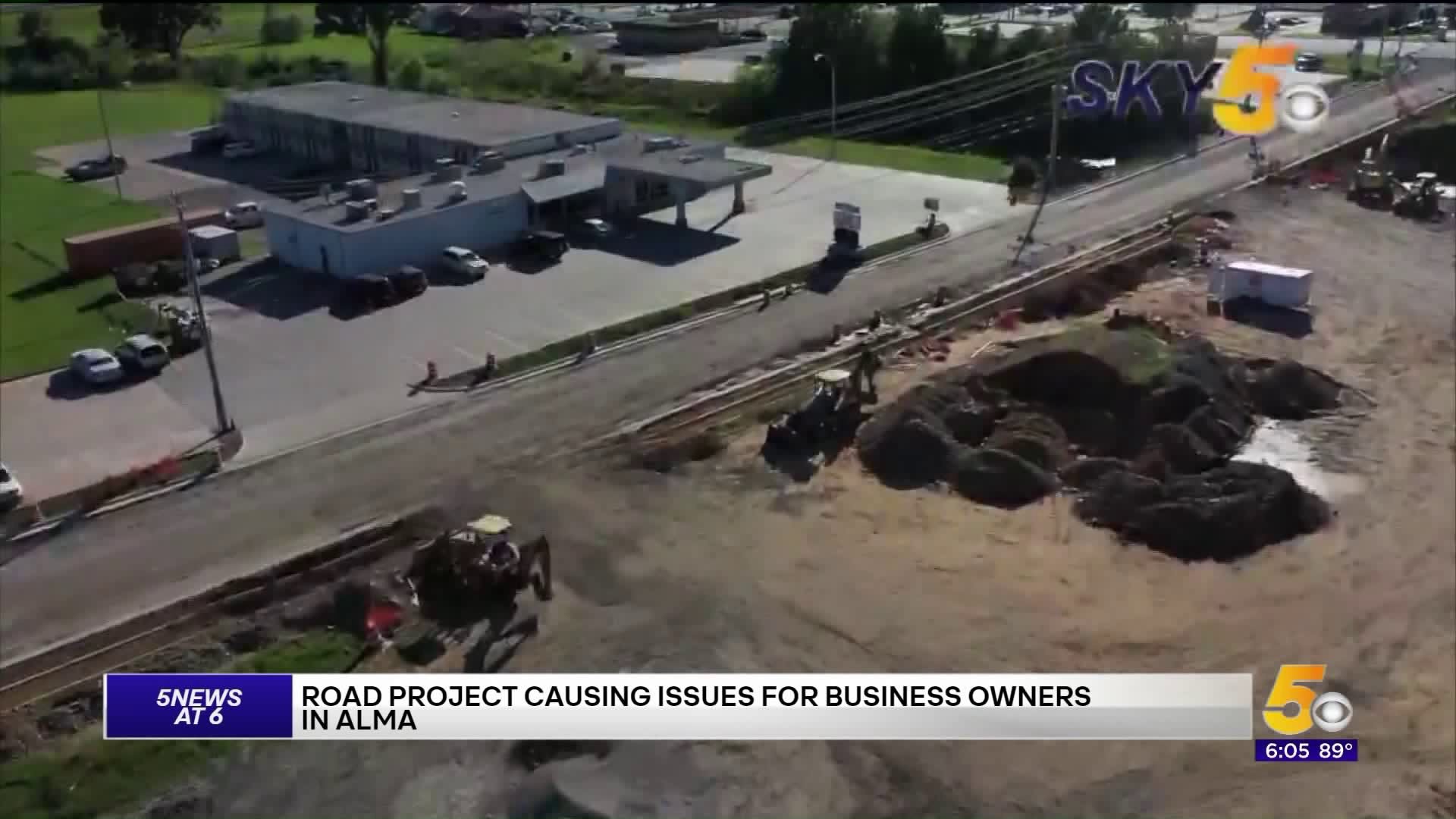 ALMA, Ark. (KFSM) — Businesses in Alma are struggling to stay afloat after a road construction project has dragged on months after the expected completion date. 5NEWS went to Collum Lane where locals say they are frustrated with the lack of progress.

Homeowners and business owners say due to the project when it rains the area floods, making it nearly impossible for cars to make it all the way down.

The road project may be nearing an end after many delays, but business owners say the damage has already been done.

"There were times where people just literally couldn't get to you, or you could drive your car down there because it's not a 4-wheel drive," said Ted Cserna, owner of D's Family Restaurant.

Ted says since the project began in February, between flooding and rough driving conditions, the loss of business has been a hard hit for him and other companies along the street.

Aside from the loss of customers, Ted told 5NEWS the constant delays have caused even more frustration.

"The Collum Lane project was originally scheduled to be completed by July 3rd. After exposing a water-main that ran underneath the road it was determined that the water-main was not deep enough and would need to be relocated for the project to continue. That relocation consisted of reengineering the project, submitting the new plans to the state for approval, construction of the waterline, water samples, etc."

Mayor Martin went on to say that the construction company behind the project has not received any penalties so far.

Cserna says he has met with the mayor many times to discuss possible ways to avoid this sort of situation for business owners for future projects.

"If this is how this is going to go, there should've been some sort of foresight. And then say okay we're going to hurt these people for months on end. What are we going to do about it?"

Cserna says at this point there is no way to make up for the thousands of dollars lost in business. He just hopes when this is all over customers come back to see him and the other on Collum Lane once again.

"I think nobody's intention was to put anyone out of business, but this thing has drug on for another three or four months I think that's exactly what you would have seen," Cserna said.

Mayor Martin says prep work is now being done to get the road topped and the first layer of asphalt will start to be laid within the next couple of weeks.