RIVER VALLEY (KFSM)–The historic flood is having a devastating impact on farmers from Western Arkansas to Eastern Oklahoma. The only way to access Jamie P... 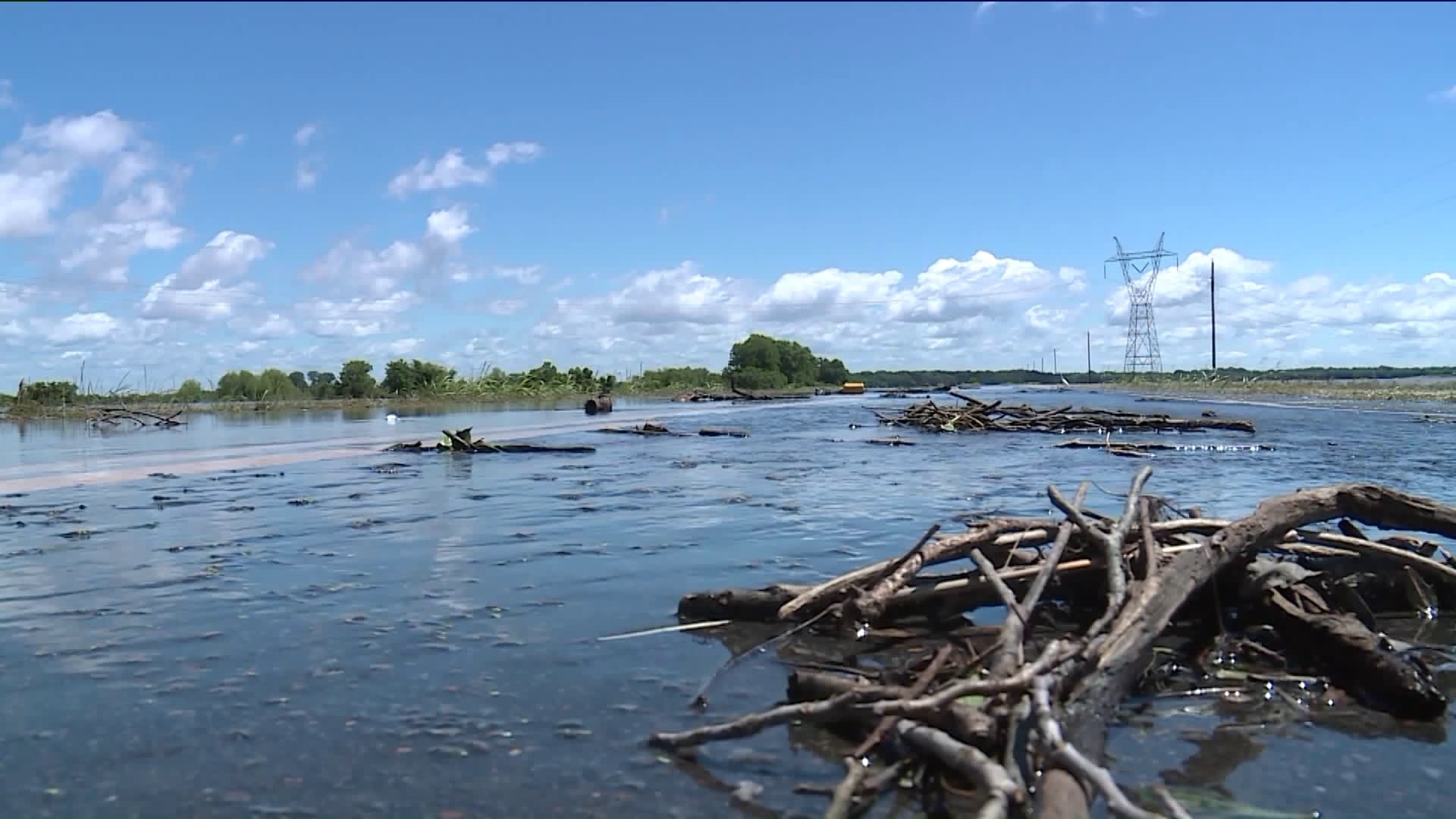 RIVER VALLEY (KFSM)--The historic flood is having a devastating impact on farmers from Western Arkansas to Eastern Oklahoma.

The only way to access Jamie Patterson's farmland right now is by boat.

Nearly 1,500 acres of his land is underwater. To put that in perspective, that's about 1,000 football fields. His crops, like corn and soybeans are gone.

"Mother Nature is in charge," Patterson said. "People say it’s great you get to be your own boss. That’s the furthest thing from the truth. I do what the weather allows."

Patterson's land runs along the Arkansas River north of Lavaca, so he has dealt with flooding before but not like this.

"As it was coming up I was heartbroken," Patterson said.

The river stands nearly 20 ft. above flood stage. This is the first time the river has ever been this high.

The disaster is also affecting people's livelihood in Oklahoma. Justin Sebo is a fourth generation farmer in Spiro.

Sebo tells 5NEWS he will make next to nothing this year and still has to pay 50 employees.

"We've lost our businesses for the year for sure," he explained. "Some [farmers] may have lost their business forever."

Patterson is still totaling the damage.

"I have 500 acres worth of seed in my barn," he said. "Maybe if the water goes back, we can replant and maybe salvage some of the year."

Sebo and Patterson have been farming for decades. They said the historic flooding won't stop them from believing brighter days are ahead.

"You can be real sad," Patterson said, "or you can just kind of keep your chin up and go on."

Sebo added, "The farmer is a resilient person. It takes that type of person to do this work.

Both farmers are hopeful the water will go down, so they can plant soybeans in the summer.

Sebo said he has crop insurance, but Patterson said investing in insurance is too costly in terms of his bottom line.