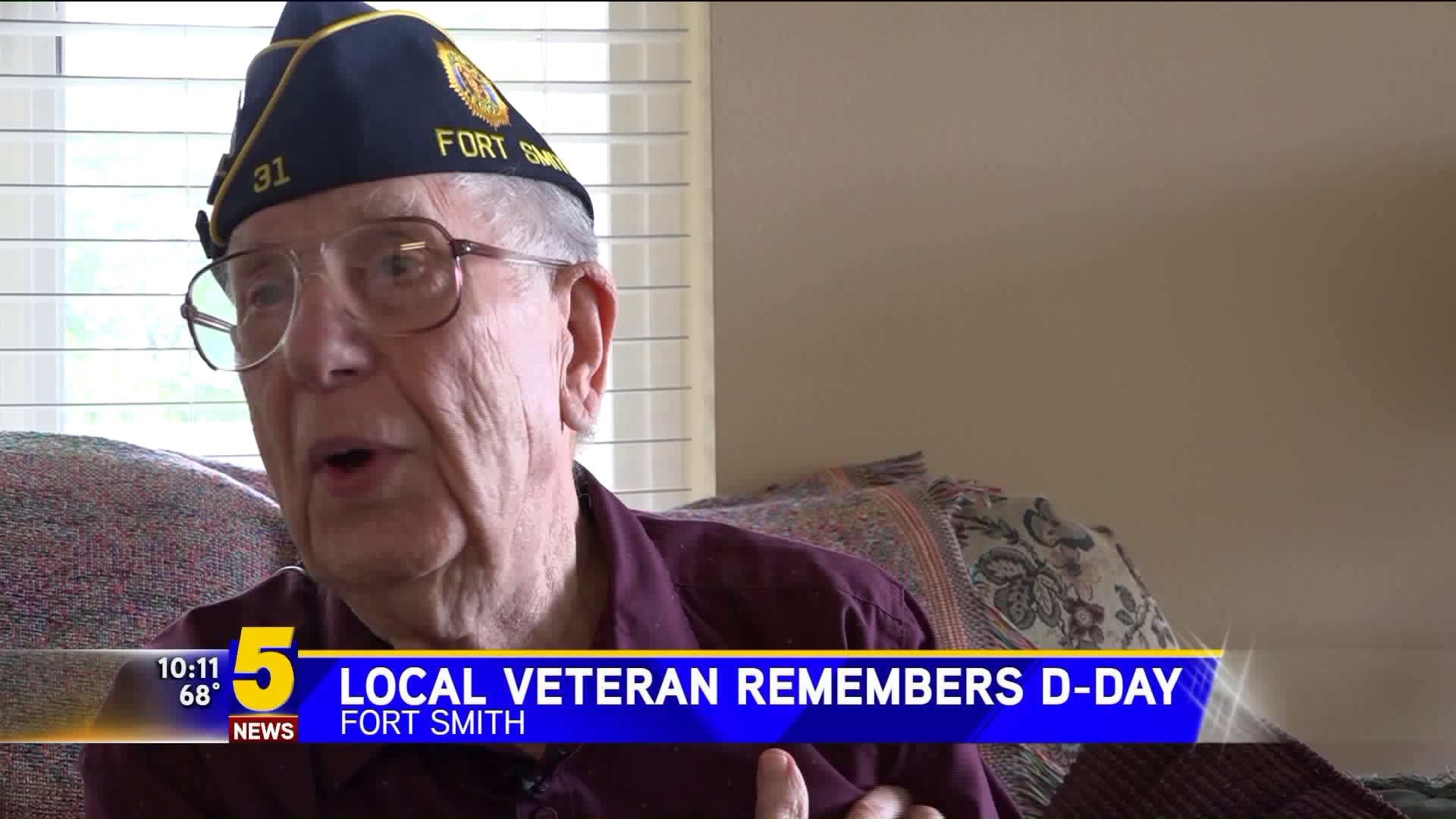 FORT SMITH, Ark. (KFSM) — On Thursday, June 6, 2019, we commemorate the 75th anniversary of D-Day, the battle that became the turning point in WWII.

D-Day was a huge victory in WWII, crippling the Nazi's and taking back an important part of Europe. It did, however, cost the lives of thousands of allied soldiers, including many Americans.

River Valley native Bill Orme, 94, fought in the war and told 5NEWS stories that you won't find in any history books.

Bill Orme lives at Butterfield place in Fort Smith with his wife now, but 75 years ago he was in England preparing for D-Day and the chaos that followed.

"After we got so many hurt and hit and killed, we showed the Germans we could fight too," Orme said.

"We ran outside the tent and could see thousands of planes going toward France, and our Sargent said, 'boys the invasion is on so we’ll be over there where they’re at soon'," Orme said.

The first line of men headed to Normandy to begin the secret invasion was called "Operation Overload", now called D-Day.

Orme was a part of a replacement group waiting for the orders to join his brothers in Normandy.

"I was young and scared to death, I didn’t know what to expect," Orme said.

Two weeks later, after much anticipation, Orme's crew was sent out to Omaha Beach.

The men unloaded and the Orme says the waiting sergeant told them "Boys, you’re on hallowed ground. 2,500 men lost their lives here…D-DAY… and you’ve got an enemy up there you’re gonna be facing. So you got something to fight for."

Orme made it to the heavy weapons company where he was a machine-gunner.

"I was hit. I was knocked off the hedgerow by a bullet," Orme said.

That bullet caught him right below his right shoulder.

"I’m sure they were aiming at my heart and God was with me. One of us moved and that bullet went through right there," Orme said.

He was quickly taken to a hospital and did not return to Normandy, but he did return to the service after he healed. He was discharged after two years.

Orme, a Van Buren native, was awarded many honors, including a Purple Heart.

5NEWS wants to thank Mr. Orme for his service.