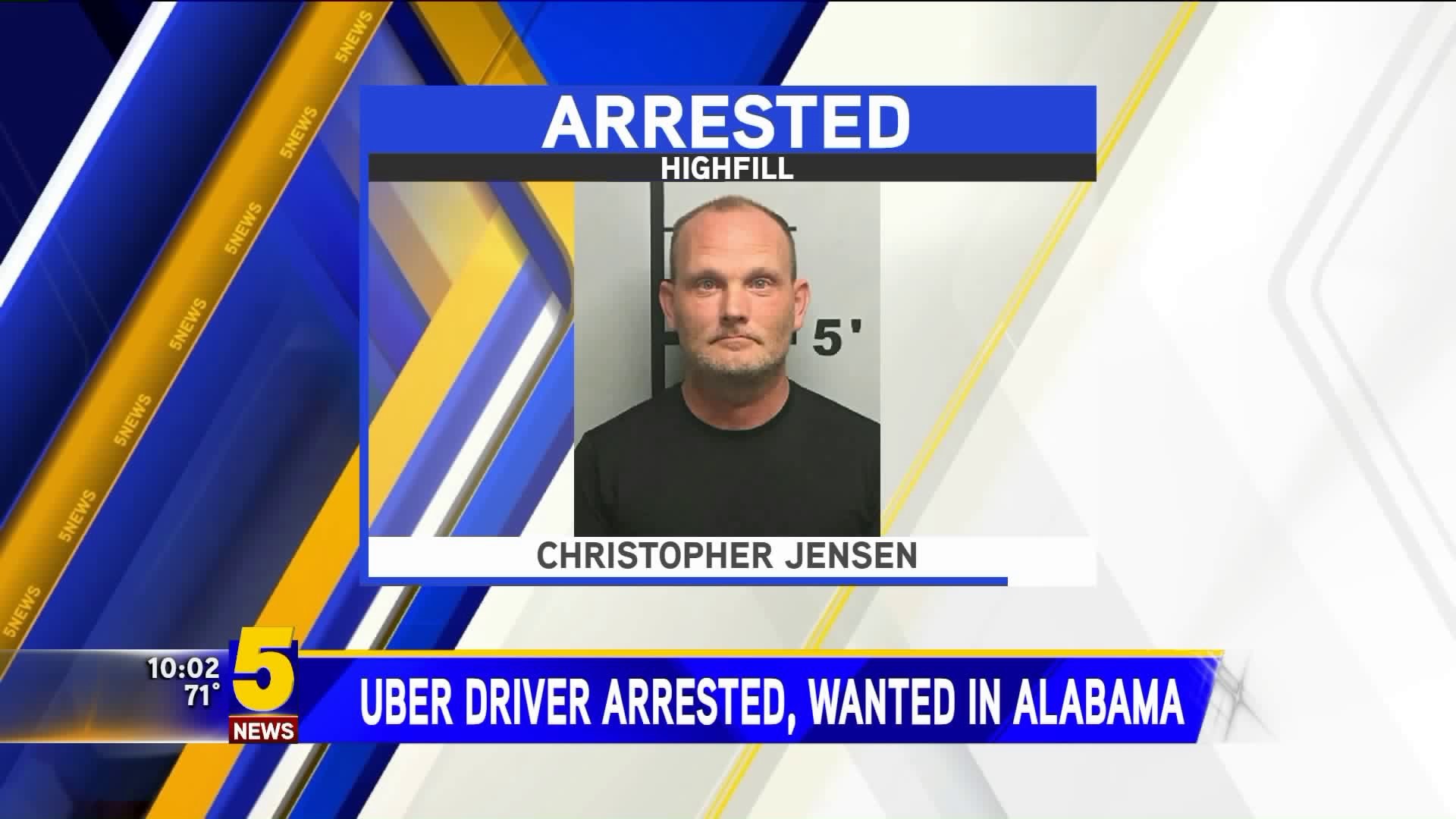 HIGHFILL, Ark. (KFSM) — A man driving for ride-sharing services Lyft and Uber in Northwest Arkansas was arrested following a traffic stop by Highfill Police after it was determined he's wanted felony strangulation/suffocation charges out of Alabama.

At 10 p.m. on Friday (April 4) the Highfill Police Department conducted a traffic stop at Highway 12 and Regional Avenue in the city limits of Highfill.

The stop was in reference to driving with an auxiliary light that often illuminates the ride-sharing company the driver works for. It's illegal to have those lights on while driving.

During the stop, it was determined the driver 40-year-old Christopher Lee Jensen was wanted out of Cullman County Alabama on a grand jury indictment for felony strangulation/suffocation.

Police say Jensen was providing Lyft and Uber services to the area. He had a passenger at the time of the arrest.

Here are a few safety tips they are recommending:

Jensen was being held Tuesday (April 9) at the Benton County Jail with no bond set.

Please check back for updates to this story as more information is released.