FAYETTEVILLE (KFSM) — Rick’s Bakery has announced a second location in Northwest Arkansas, with plans to open in Rogers by summer 2018. “IR... 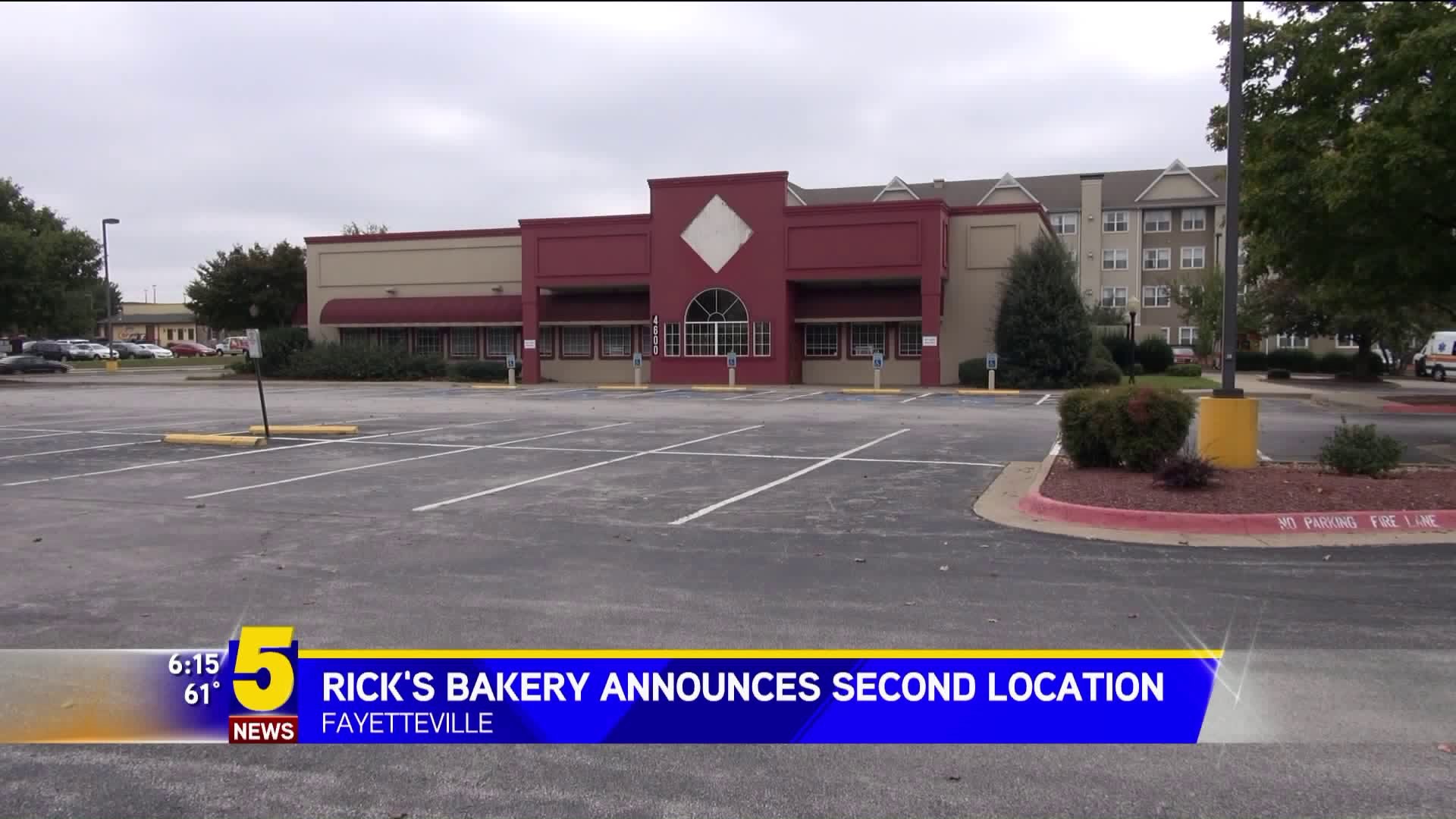 FAYETTEVILLE (KFSM) -- Rick's Bakery has announced a second location in Northwest Arkansas, with plans to open in Rogers by summer 2018.

"I'm extremely pleased that I have the honor ... for all the people that requested all the time from Rogers and Bentonville, they're gonna' have another option to get Rick's Bakery," said owner Rick Boone.

Boone made the announcement Wednesday (Oct. 11) at his Fayetteville location at 1220 N. College Ave. Boone said he wanted to thank all of the loyal customers who made this expansion possible.

The bakery has been a Fayetteville fixture for 38 years. They will be transforming the old Dixie Cafe off Walnut in Rogers into the bakeries second location.

"It`s not an individual effort, it`s a group effort. And so as a whole we`ve worked together and decided together that we are able to just make ourselves bigger and to make ourselves more available to our customer base," he said.

Boone said while there is a kitchen in the closed restaurant, there is a big difference in a restaurant kitchen and a bakery kitchen. So they have a lot of work to do.

"Here's the next new adventure in our lives and we're excited about it," Boone said.

Dwight Pfeffer has works at Claudette’s catering in Rogers, but Rick’s has always been his go to baker. He said it will be great to be soon be able to just drive across the street.

“Our community up there is booming and with their great reputation they are going to do really really well and we are glad they are coming to our town,” he said.

“In the catering business basically we just all do better by having strong competition and if you`re not good enough to compete then you shouldn`t have your doors open and that`s just the way it works,” he said.