BENTONVILLE (KFSM) — The Arkansas Department of Transportation held a ribbon cutting Wednesday (April 24) to celebrate the near completion of the 8th Street int... 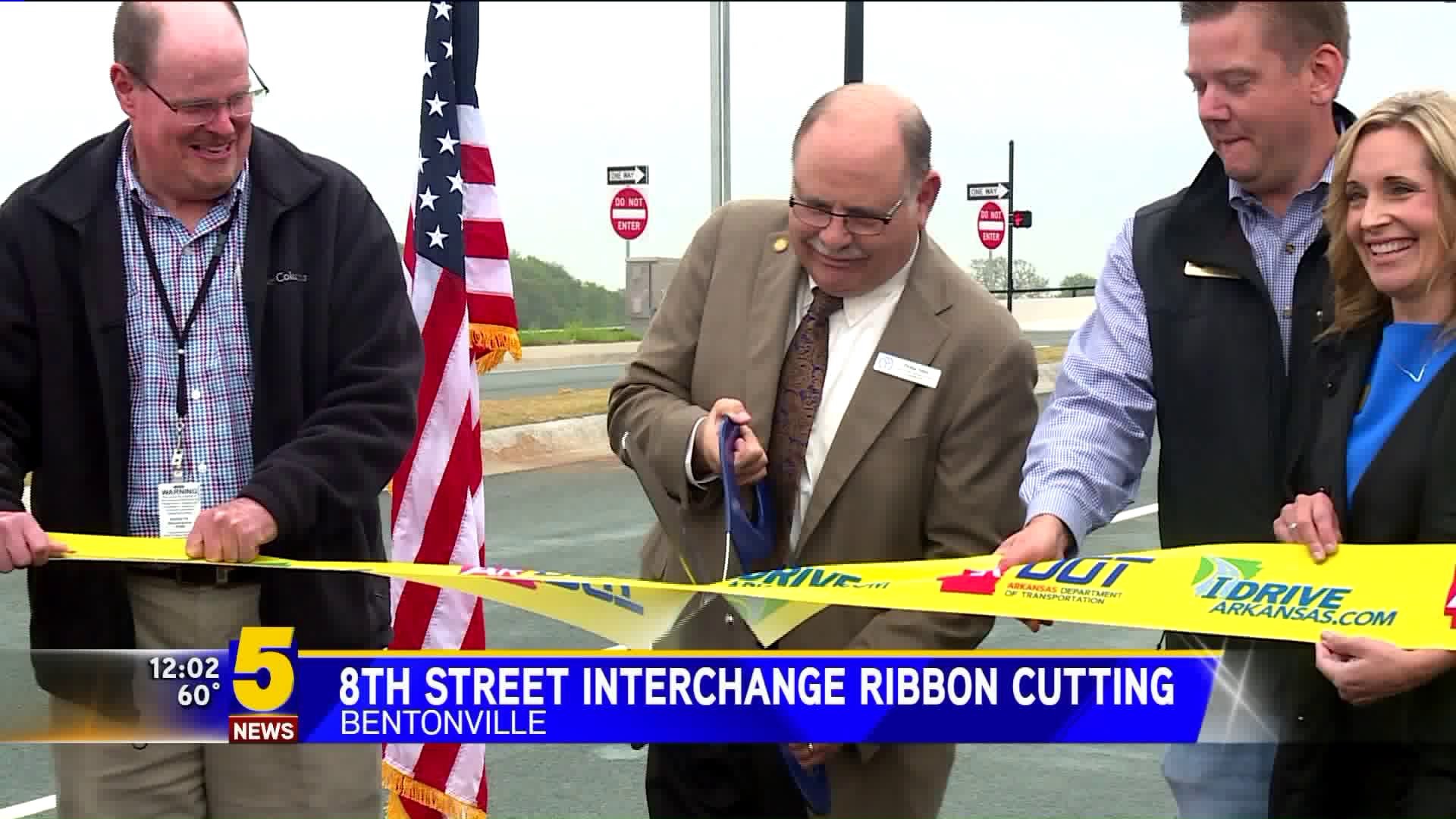 BENTONVILLE (KFSM) — The Arkansas Department of Transportation held a ribbon cutting Wednesday (April 24) to celebrate the near completion of the 8th Street interchange.

The project is expected to be officially opened to drivers in a couple of weeks, but ARDOT, Arkansas Highway Commission, and local officials gathered to celebrate the end of the construction.

It’s all part of the corridor construction taking place between Fayetteville and Bella Vista. The main purpose of this portion of the project is to ease traffic in and around Bentonville.

With the Walmart complex and Northwest Arkansas Community College nearby, traffic in the area can be a pain for drivers. This interchange will hopefully thin out some of the congestion seen during rush house.

“It’s pretty exciting today,” said ARDOT spokesman Danny Straessle. “What this interchange does is provide a direct connection to 8th Street in Bentonville, which allows traffic to feed directly into the heart of the city there, and of course we have the Walmart complex over here that will greatly benefit from this new construction.”

Exit 86 in Bentonville has also been closed for the past couple of months. Straessle says that exit should open the around the same time the interchange is officially open to drivers.