Return Of Bus Service To Bentonville Neighborhood Fails After Board Vote 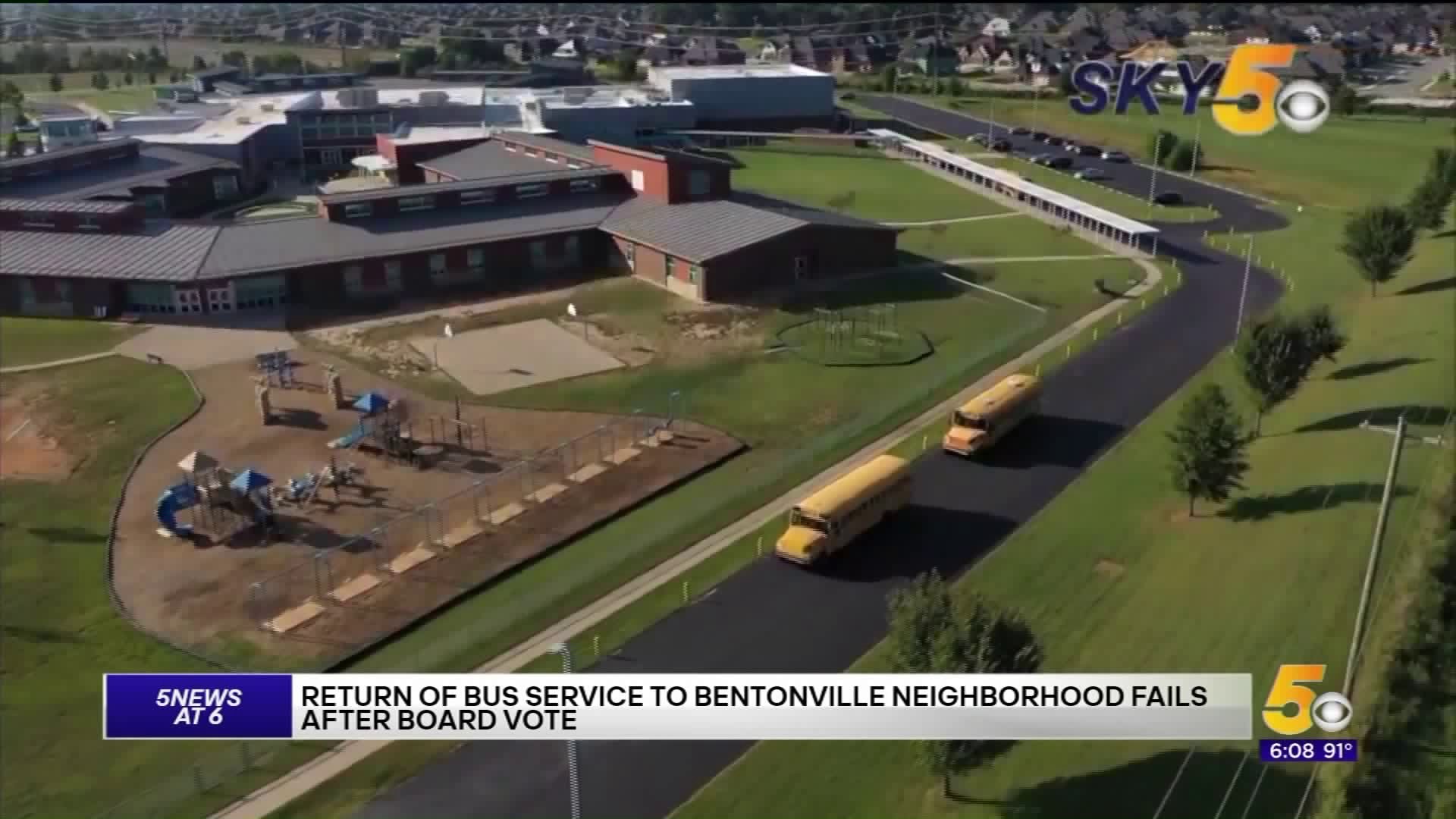 BENTONVILLE, Ark. (KFSM) — The Bentonville School Board deadlocked on a decision Tuesday (Sept. 17) night to return bus service to Lochmoor Club, meaning the district's earlier decision to list the subdivision as a no transport zone will stand.

Parents who live in the subdivision said they learned just before school started in August that buses wouldn't pick up or drop off students after 15 years of service to the neighborhood.

The vote to restore service tied at 3-3. In the event of a tie, the administration's initial recommendation holds.

A voting breakdown wasn't immediately available after Tuesday's special meeting, which was called to hear Lochmoor residents' concerns over the change in bus service.

The district provided service for two weeks when school began but noted that families in the neighborhood lived less than a mile from their zoned schools.

"The extension of a neighborhood sidewalk system allows our students to safely walk, bike or carpool to class," the district said in a statement.

"To help these families make this transition, we will offer bus service in Lochmoor the first two weeks of school."

District officials also said a lack of bus service isn't unique to families in Lochmoor Club, as every school in the district has neighborhoods that are classified as no transport zones.

The subdivision consists of more than 200 lots built along H Street just south of the Bentonville Community Center.

Parents have expressed concerns that the sidewalks from the neighborhood to the schools nearby -- Bright Field Middle, Fulbright Junior High and Willowbrook Elementary -- aren't always contiguous.

Some noted there is ongoing construction along their kids' paths to school.

“In the mornings especially there are construction trucks on both sides with just a narrow lane in the middle, and I don’t even feel comfortable riding my bike because you can’t see who’s coming," said one mother.

“The entrance on the other side coming off that highway, you've got cars going fast on that curve," she said. "There’s a dead-end sidewalk with overgrown bushes. You can’t even see the kids standing there and cars are going to be cruising by with no crossing guard."