RIVER VALLEY, Ark. (KFSM) — Many medical marijuana cardholders are wondering when exactly dispensaries will be opening in the River Valley and why exactly it... 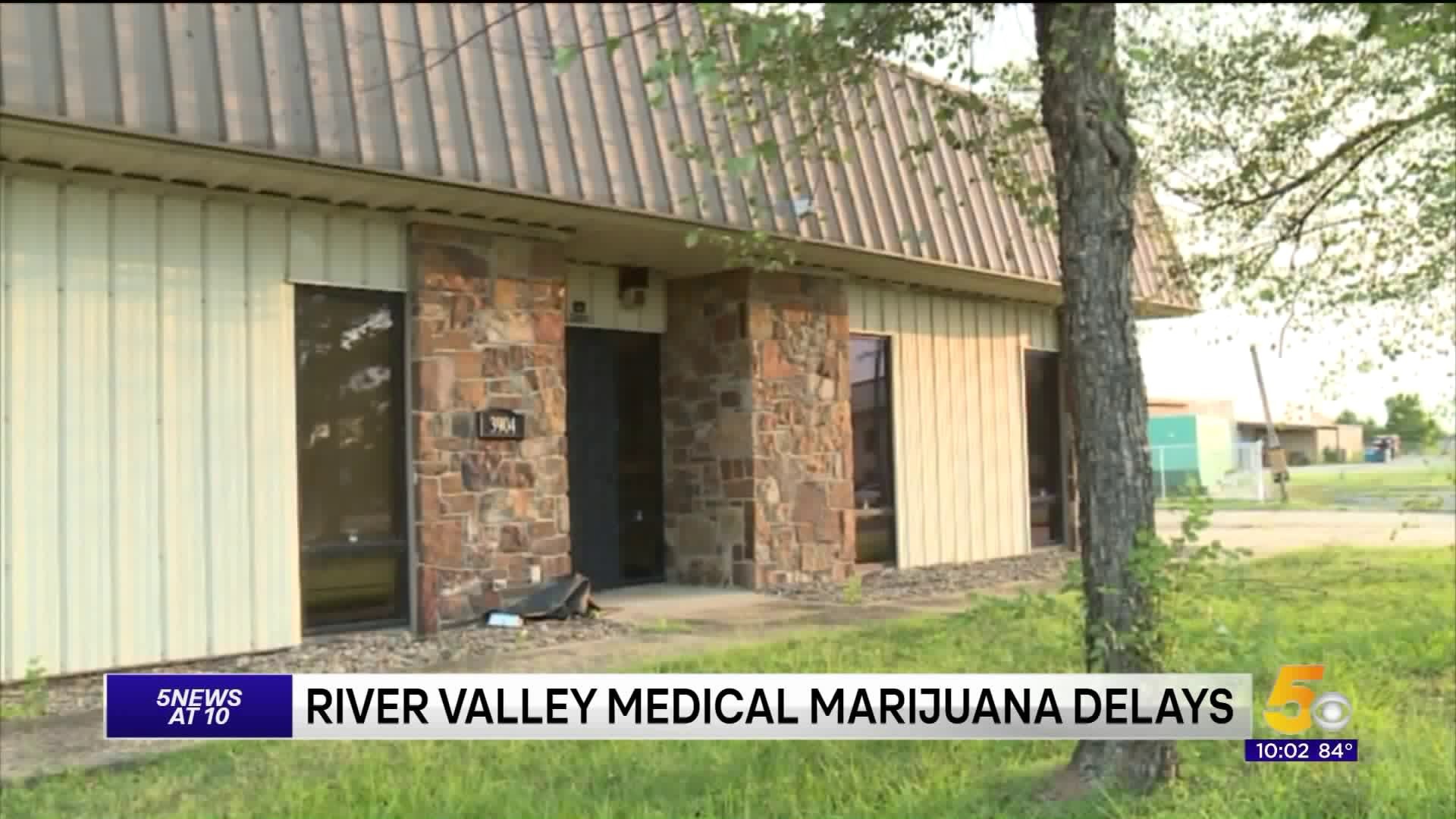 RIVER VALLEY, Ark. (KFSM) — Many medical marijuana cardholders are wondering when exactly dispensaries will be opening in the River Valley and why exactly it's taking so long.

"I don’t have the time to drive five hours round trip or three hours, maybe or whatever the case may be. I just don’t have it, it should be right here," said medical marijuana patient Kenneth Finch.

Finch explained what his daily medications consist of without medical cannabis.

"12 pharmaceutical prescription pills a day to help combat that which is not ideal for anyone," Finch said.

Finch says the only thing that helps with his disease is medical marijuana and that he physically cannot drive to purchase it elsewhere.

"In my joints, anywhere that moves, it hurts," Finch said. "And so Cannabis is an anti-inflammatory, so you have pharmaceuticals and then you have a natural plant which makes so much sense to me."

Scott Hardin, spokesperson for Alcohol Beverage Control (ABC) says the dispensary Fort Cannabis Co. told them they would be open in the fourth quarter of 2019.

"Certainly Fort Smith is one of the biggest markets in the state and we know from just what we are hearing patients are ready in that area," Hardin said.

Hardin says the pace at which each dispensary moves is at the discretion of its owners.

ABC has a team of agents ready to inspect dispensaries across the state, but owners must first contact them to request an inspection. Hardin says as of right now, no request has been issued by Fort Cannabis.

"Once we receive that call that they’re ready, we want to be sure that the product is in patients hands as soon as possible but it’s just a matter of receiving that," Hardin said.

While there is not a date by which dispensaries must be open, ABC recently stated there is an expectation that each dispensary makes an effort to serve patients in a timely manner.

If a dispensary is not operational at the end of January 2020, one year from the initial licensing date, ABC is prepared to take action.

"What action means I can’t say specifically but it could include license revocation," Hardin said.

5NEWS has attempted to reach out to the owner of Fort Cannabis Co. but have not heard back.