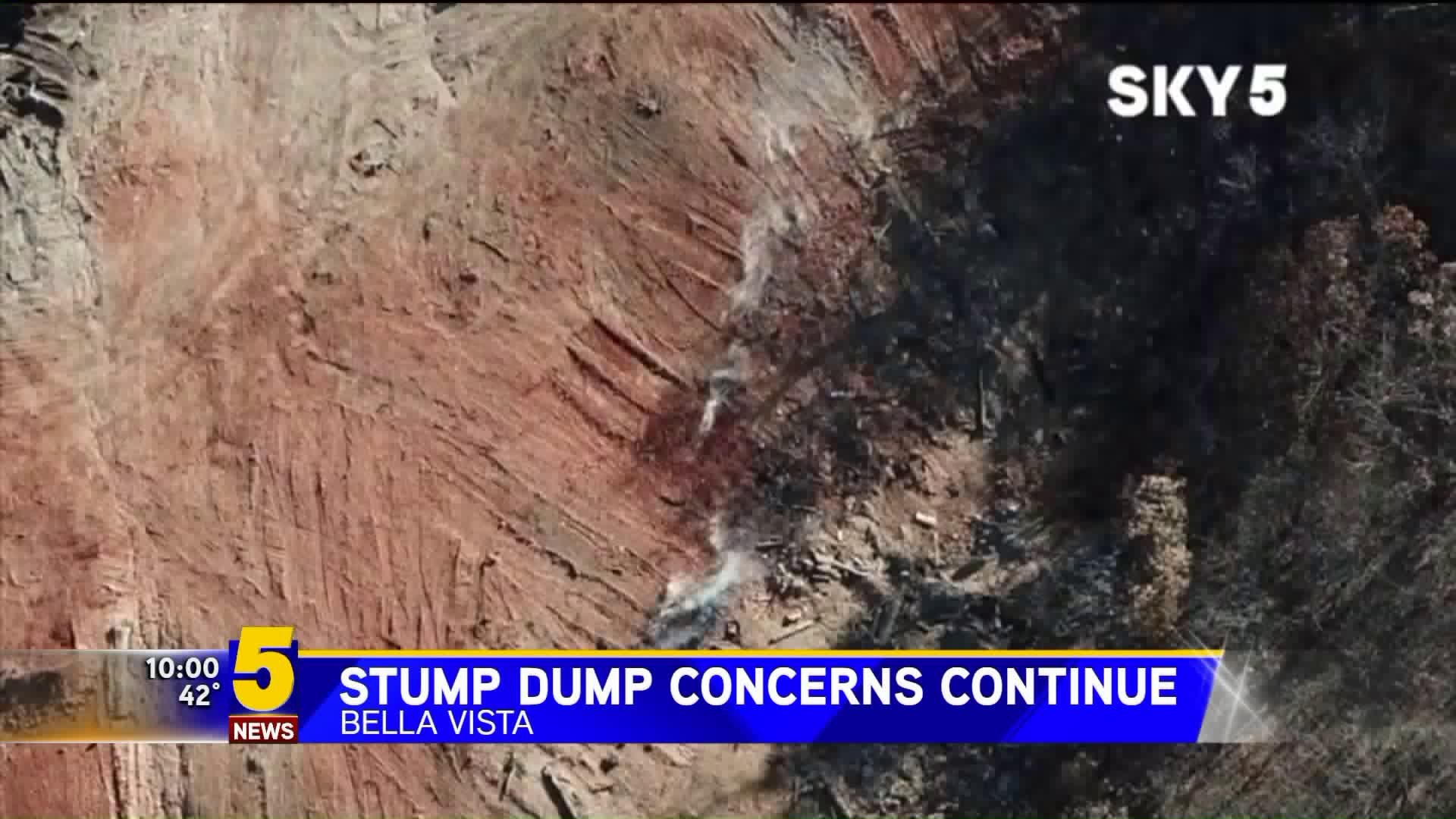 Call with EPA, Arkansas Dept of Environmental Quality, Arkansas Dept of Health, Senator Boozman, and the Govenor’s office to discuss updates related to the Trafalgar Road Fire. Local and federal officials are working together to find a way to safely extinguish the fire. #AR3 pic.twitter.com/X9l6hXqWBs

Residents living near a former dump stump site in Bella Vista are asking for a solution to a smoldering underground fire that's been burning since the summer, creating an unhealthy environment for those nearby.

A city council meeting was held Monday (Dec. 17) night where locals voiced frustrations they are having with the cleanup process.

At the meeting, Bella Vista Mayor Peter Christie said the EPA has made three recommendations for putting out the fire; inserting an inert gas underground, a foam or chemical treatment, or the removal of the material that's on fire.

"From day one all of us, and when I say all of us I mean all the political people I've spoken to, have said let's get the plan and put it to action, and then we'll worry about the money," Christie said.

The Arkansas Department of Health (ADH) said the air quality surrounding the former dump stump is unhealthy and residents should avoid prolonged exposure.

Informational printouts from ADH regarding smoke exposure, indoor air filtration, environmental odors and more are available on the city's website, but also at these locations:

City officials ask residents to spread the word about the flyers for neighbors without internet access.

"It's a living nightmare. You see it coming from the ravine from our house, and it's just anxiety. You know it's coming for you and you know it's going to be there, you're just not sure when," Stacey Lewis said.

Lewis lives less than a thousand feet from the edge of the fire. She says the smoke has gotten worse as it's gotten colder.

Amber Goin, who lives less than a mile from the fire, told 5NEWS, " When the wind is a little stronger it pulls it into the house, and the entire HVAC system smells of smoke, your kids are coughing, it's absolutely horrible. It's a health issue that's not being addressed right now."

Mayor Christie also lives near the fire and knows how awful the smoke can be.

"The time has come now to have our political conference at both the federal and state level to pick up the torch and start running with it, because we've been running with it for almost five months now, and to be very frank, we need help, and our residents need help.

Christie says there will be another call with state and federal legislators on Friday (Dec. 21) after the third round of air quality testing is completed by the EPA.

At this time, there is no timeline for when any cleanup efforts will start.

Congressman Steve Womack, R-Rogers, toured the site with city officials and said he supports state and federal officials as an actoin plan is put together.