SPRINGDALE (KFSM) — Republican Senator Tom Cotton spoke to a room filled with more than 2,000 people from around the state of Arkansas during a town hall ... 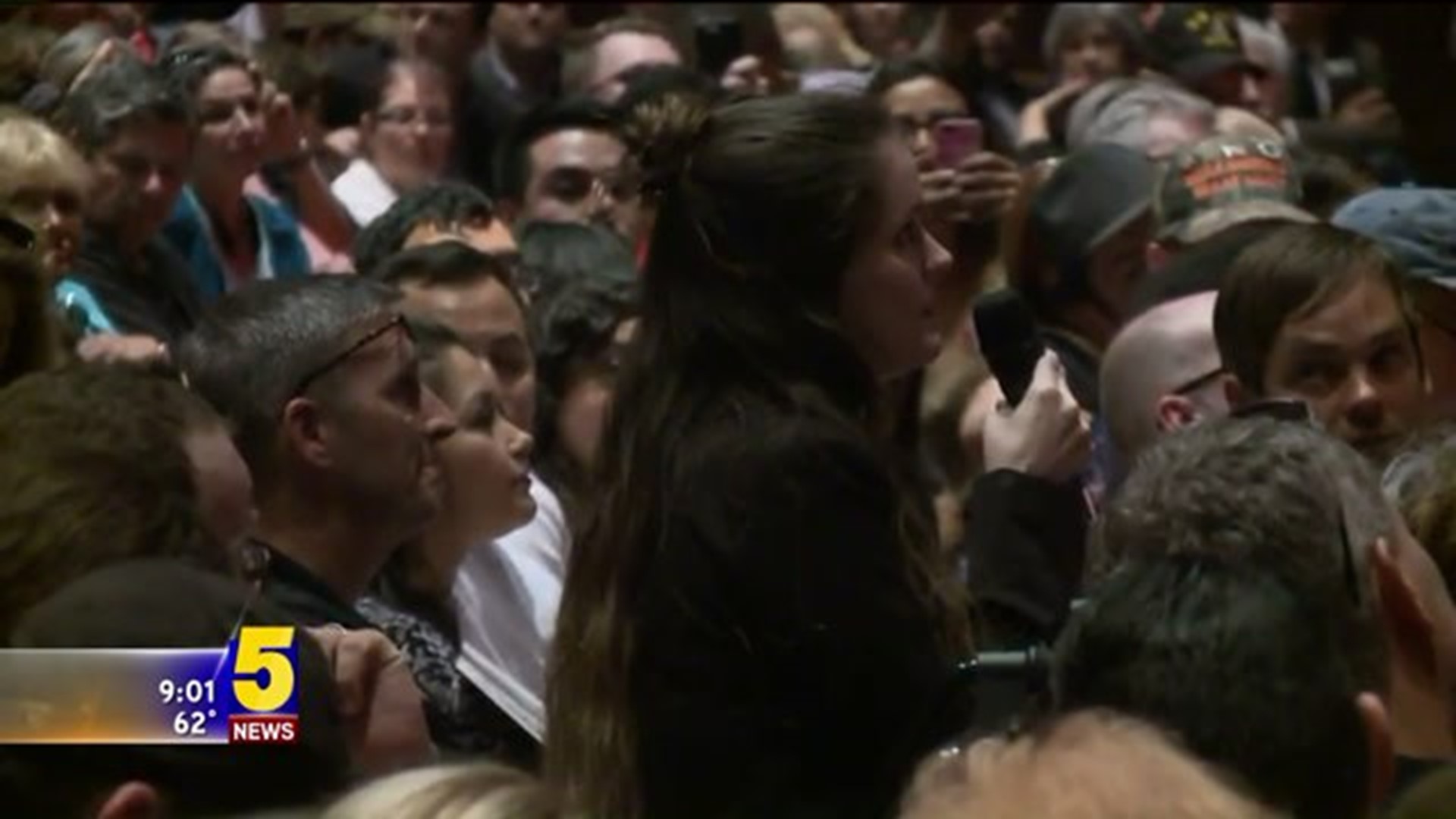 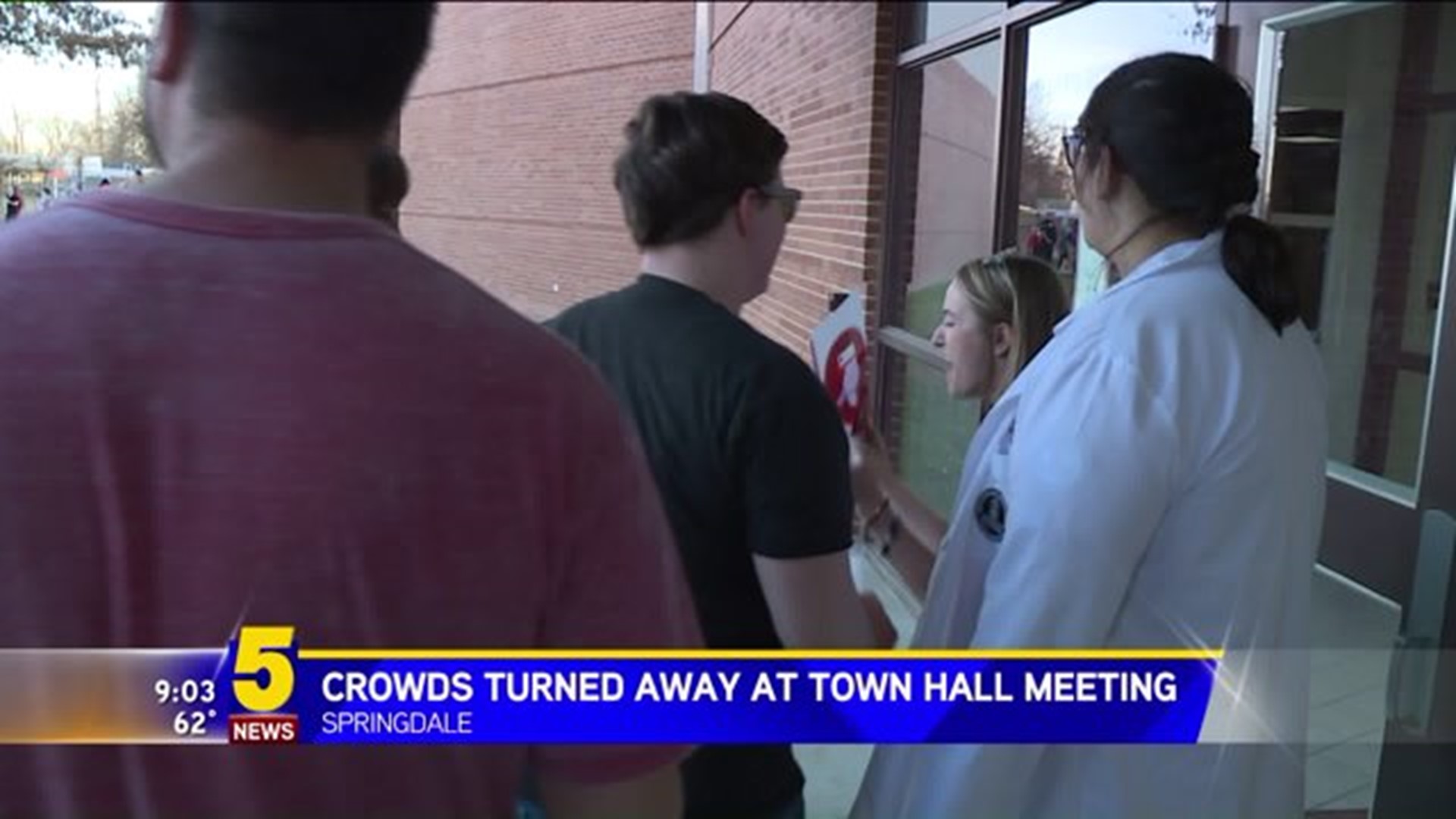 SPRINGDALE (KFSM) -- Republican Senator Tom Cotton spoke to a room filled with more than 2,000 people from around the state of Arkansas during a town hall in Springdale on Wednesday (Feb. 22).

Supporters and opponents of Senator Cotton were in attendance, which is something Cotton said is necessary for a fair discussion.

Many in opposition to both Cotton and President Trump held signs addressing deportation and refugees. Some said the town hall was a good way to get their voices heard, while others thought their voices were drowned out.

"I was hoping for a direct answer but in lieu of that I would like to put a human face on it. The only thing I really have is my story and if I can do that tell it put a face on things, maybe that will help," McFarland said.

Even though she was one of the few who got to ask a question, she said she was not satisfied with the answer she received.

"I really appreciate the feed back from everyone who came except the senator to be quite honest," McFarland said. "He really didn't give me a clear answer, he really didn't commit on any replacement measures. He just said that he just reiterated that if you lose your coverage today you have protection. Well that wasn't what I asked."

People opposed to Cotton said they agreed with McFarland saying the Senator was not answering their questions. Gresham said he believes Cotton expected the feedback he was going to get at the meeting.

Cotton addressed questions about many topics including the Affordable Care Act, the President's proposed wall and Betsy DeVos. His responses were often met with criticism from the crowd.

More than 2,000 people were inside of the town hall, while hundreds remained outside after the fire marshal declared maximum capacity. People outside were watching a live stream of the meeting.

Linda Evans said she drove around 50 miles from Madison County to attend the town hall. She said the most frustrating part was waiting in a long line and still not getting in.

"There are a lot of people at retired age and we watch the news and when something like this comes up we want to go, we want to keep informed about the issues that are going on in our country and to me things aren't going to well," Evans said.