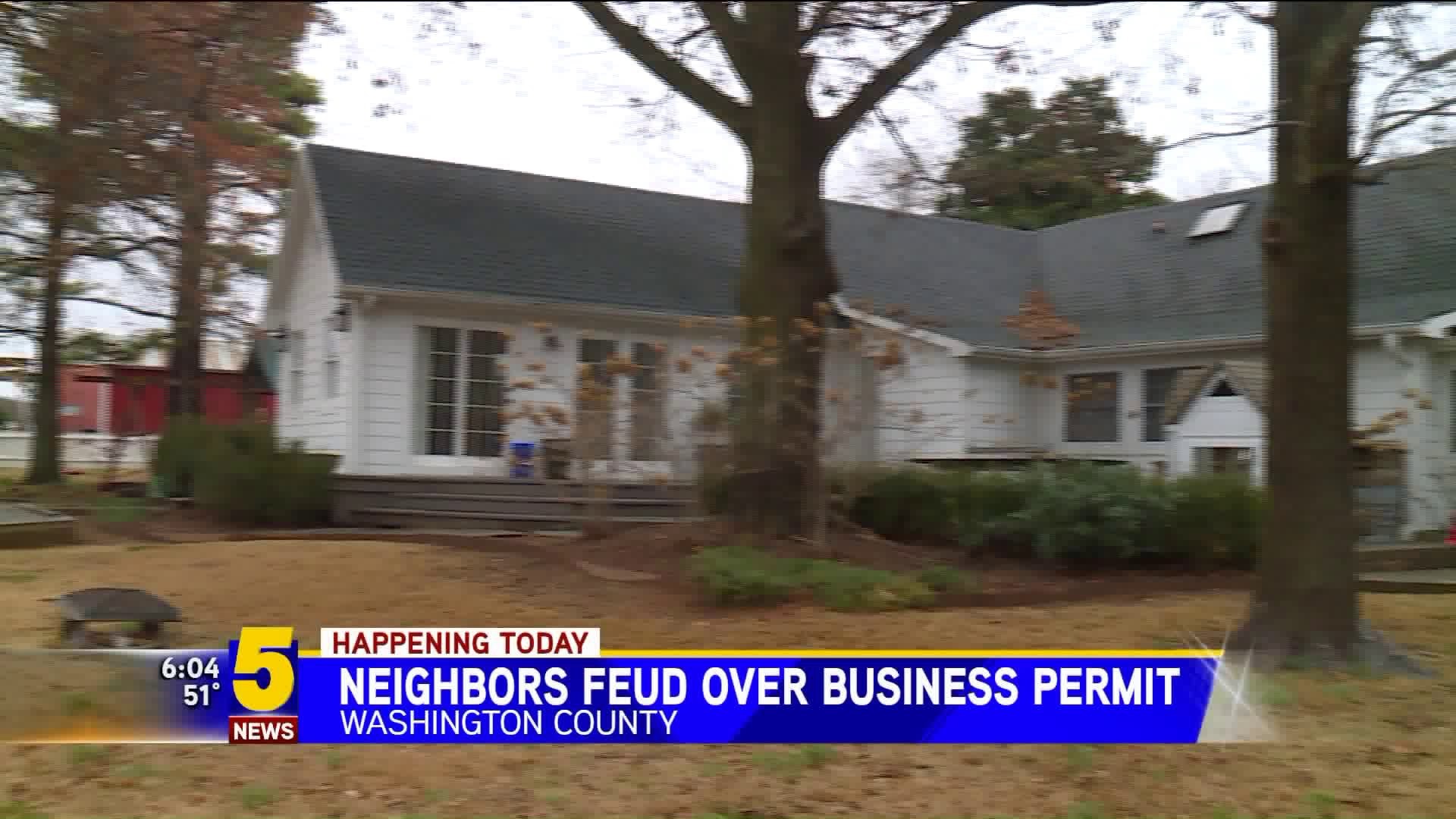 A popular Fayetteville wedding venue called St. Catherine's at Bell Gable is less than 400 feet from where Jamie Hertzberg wants to open a dog boarding and daycare business, but the venue owners have concerns.

Warren Gabbard manages St. Catherine's at Bell Gable and said they were caught off guard when they received a letter from the Washington County Planning Commission about a Nov. 2 hearing.

He said people are amazed by the beauty of the grounds at the chapel and having a kennel that close with more than 30 dogs outside would be a huge issue. He said the noise the kennel would bring could lead to people not wanting to get married in the chapel.

“If you were to have dogs barking in the middle of a wedding outdoors on the steps of the chapel when the couple are exchanging vows, that can be a very damaging. You can't take it out of a videographer’s film,” Gabbard said.

The Washington County Planning Commission approved Jamie Hertzberg’s permit to open the business, but it was appealed. The issue went in front of the quorum court Thursday.

“I'll have two indoor play rooms and small groups of dogs will go out at one time, so any chronic barkers will be very limited to outside and the facility opens at 7:30 a.m. and then at 6 p.m. at night they are closed in,” Hertzberg said.

Not only do they think their property value is going to decrease because of the proposed kennel, but the noise will also be a problem.

“The dogs most of the time will be in their runs that have indoor and outdoor access. And we have two dogs, so when we board them, the place we take them to has indoor and outdoor runs and when we drive up they all come outside, they all bark at a car. You can't control that,” Coleman said.