WASHINGTON COUNTY (KFSM) — A woman who lost relatives to opioid addiction and a police officer are both happy to see action from the state to help end the... 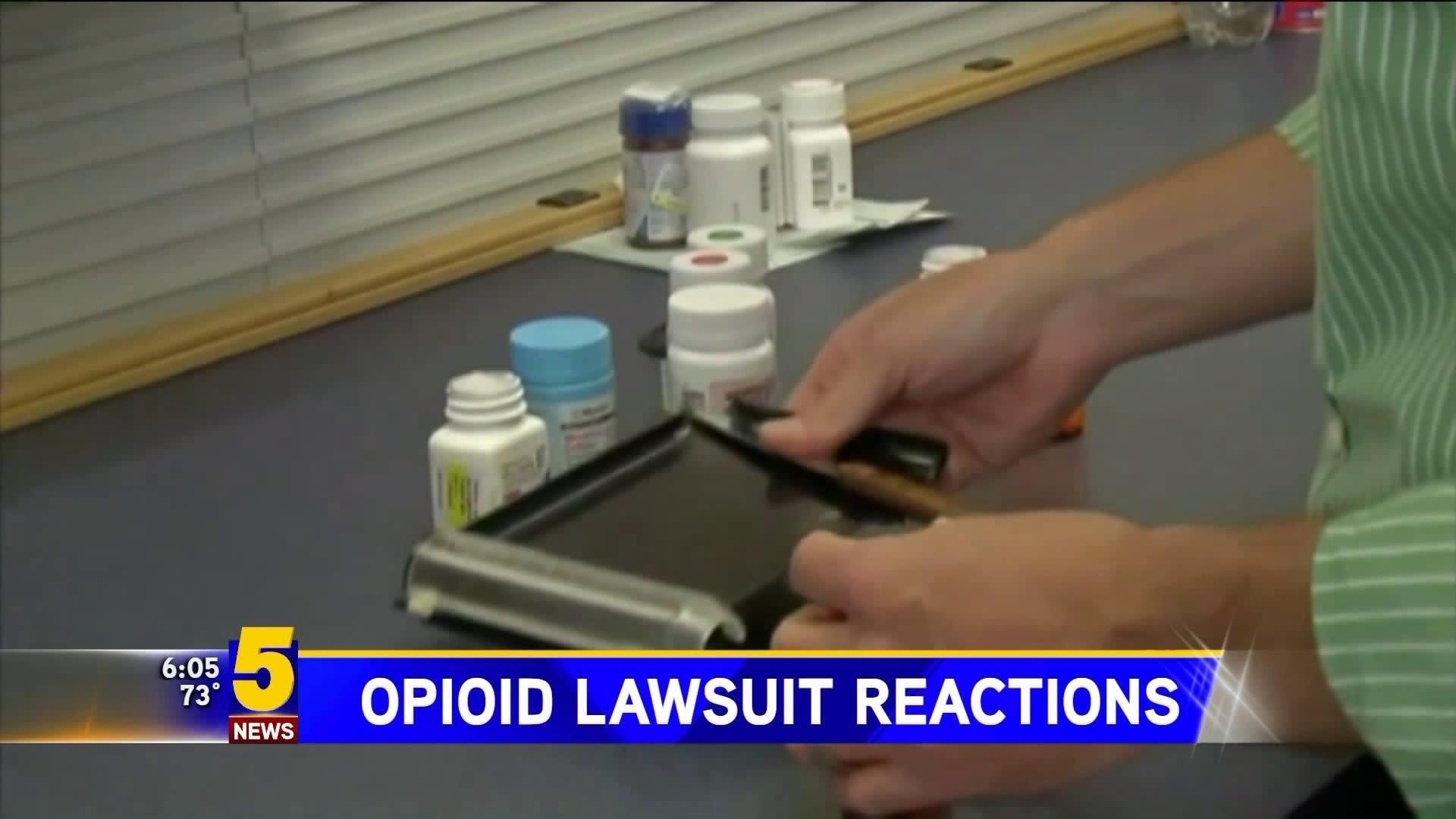 WASHINGTON COUNTY (KFSM) -- A woman who lost relatives to opioid addiction and a police officer are both happy to see action from the state to help end the rampant opioid crisis.

On Wednesday (March 21), an announcement was made on the steps of the Arkansas Capitol that multiple counties and cities were filing a lawsuit against 65 distributors and makers.

Kyle Sylvester is the Washington County Circuit Clerk and a member of the state's opioid task force.

He said this lawsuit is just step one.

“This is laying the foundation, this is the groundwork of identifying the problem, identifying the players, looking at the solutions and trying to identify what can help the most," Sylvester said. "I believe this is where we are at right now.”

He explained one of the focuses of this lawsuit is to get funding to relieve counties and cities as they combat the problem.

She said just punishing the people with the addiction will not solve the bigger problem.

When she heard about the lawsuit, she was happy that those makers and distributors will be held accountable.

“They’re basically legal drug dealers and they need to be held accountable for what they are doing and I would love to see the money from this lawsuit go towards prevention and maybe also for those who are addicted to get them some help," Walters said.

Captain Jeff O'Brien with the Prairie Grove Police Department was on the steps of the capital as the announcement was made.

He was one of a few people from Northwest Arkansas who were there.

Opioid addiction is something he and his fellow officers see on a daily basis.

After all the talk about the problem, he is happy to see action to stop it.

He said his department has seen an uptick in petty crimes as those addicted work to continue to pay for that addiction.

Another tactic used is claiming to lose the medication.

Something O'Brien said they have seen recently from someone in town.

“And they were able to regather all of their belongings back into their purse but the only thing they are missing is those Hydrocodones and those opioids, a large quantity of it that went missing and the only way their doctor is going to refill that medication is if they present a report showing that it has been lost or stolen," O'Brien said.

Sylveter said there is no set timeline on when we may see the results of the lawsuit.

Until then, the task force will continue to discuss what will need to be done next to help those who need it.