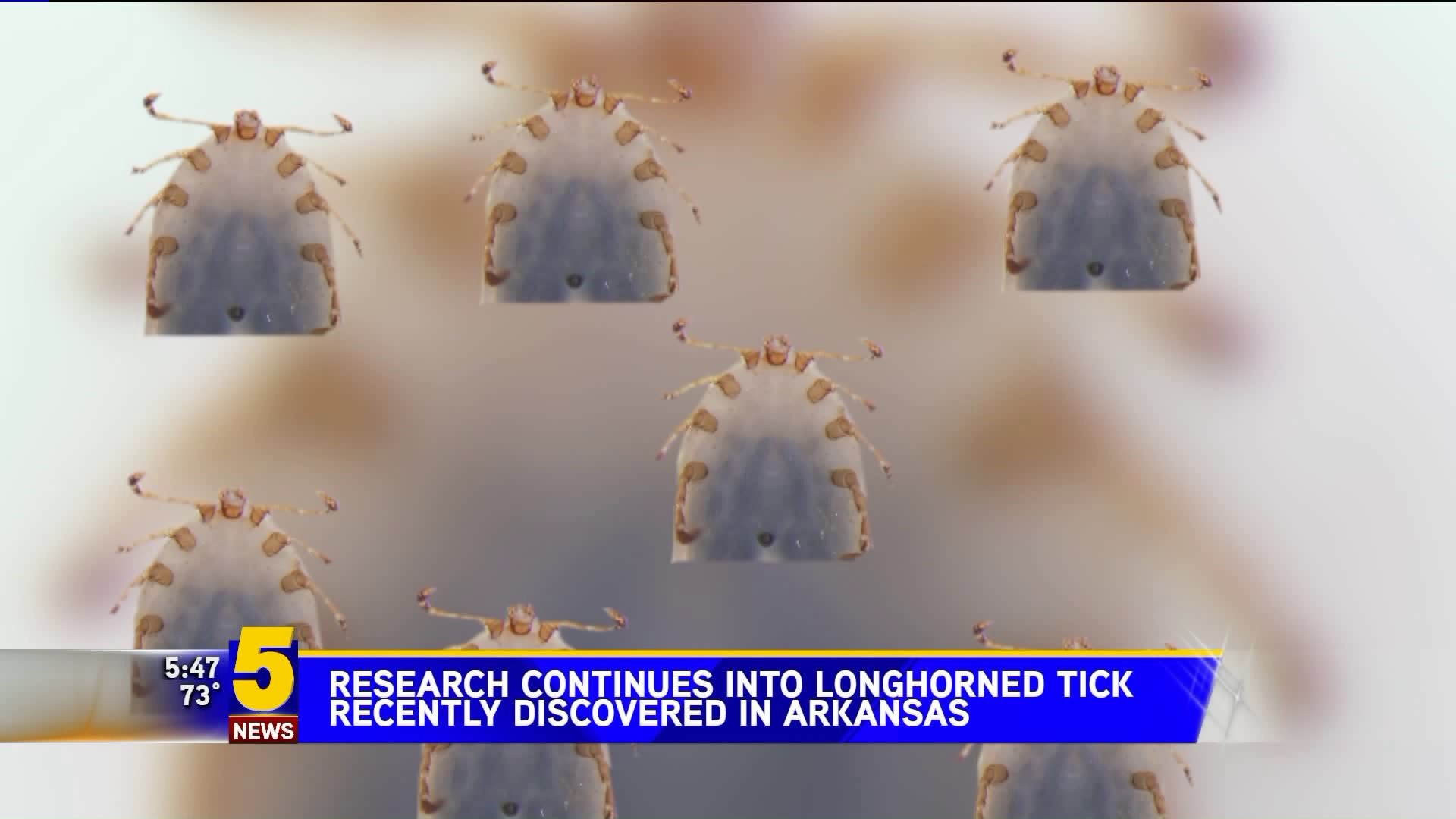 Researchers say the Longhorned Tick is a particularly concerning species because of how fast the population can spread.

Oklahoma State University Veterinary Professor Dr. Susan Little and her research team said they were looking for it, but were surprised to find it on a dog from Arkansas.

"We were already on the lookout for this new tick, Haemaphysalis longicornis, the longhorned, or bush, tick because we already heard reports of the tick in New Jersey, Virginia and West Virginia," said Little.

Now you can add Arkansas to the list and researchers are checking to see if it made its way to Oklahoma.

Oklahoma State University student Julia Jordy didn't know what is was, "it's not something we see here," she said.

The ticks are smaller than the one's we're use to seeing, but with a larger mouth, said Little.

"This tick is unusual compared to the more common ticks that we're used to in North America.  It does transmit diseases, viruses, bacteria and protozoa," she said.

What really makes this tick different than the others is how it reproduces.

"The females can actually reproduced without males. They use a procedure or a process known as parthenogenesis, so they're able to have their own offspring without even needing males," said Little.

That means ... there's a huge burst of ticks, large numbers of ticks, in the environment at a quick pace.

The tick found in Arkansas was not an adult, but the vet said when you see one there are likely others.