Report: Number Of Unvaccinated Kids In Arkansas On The Rise

LITTLE ROCK, Ark. (AP) — An increasing number of children in Arkansas are not being immunized against childhood illnesses, according data from the state&... 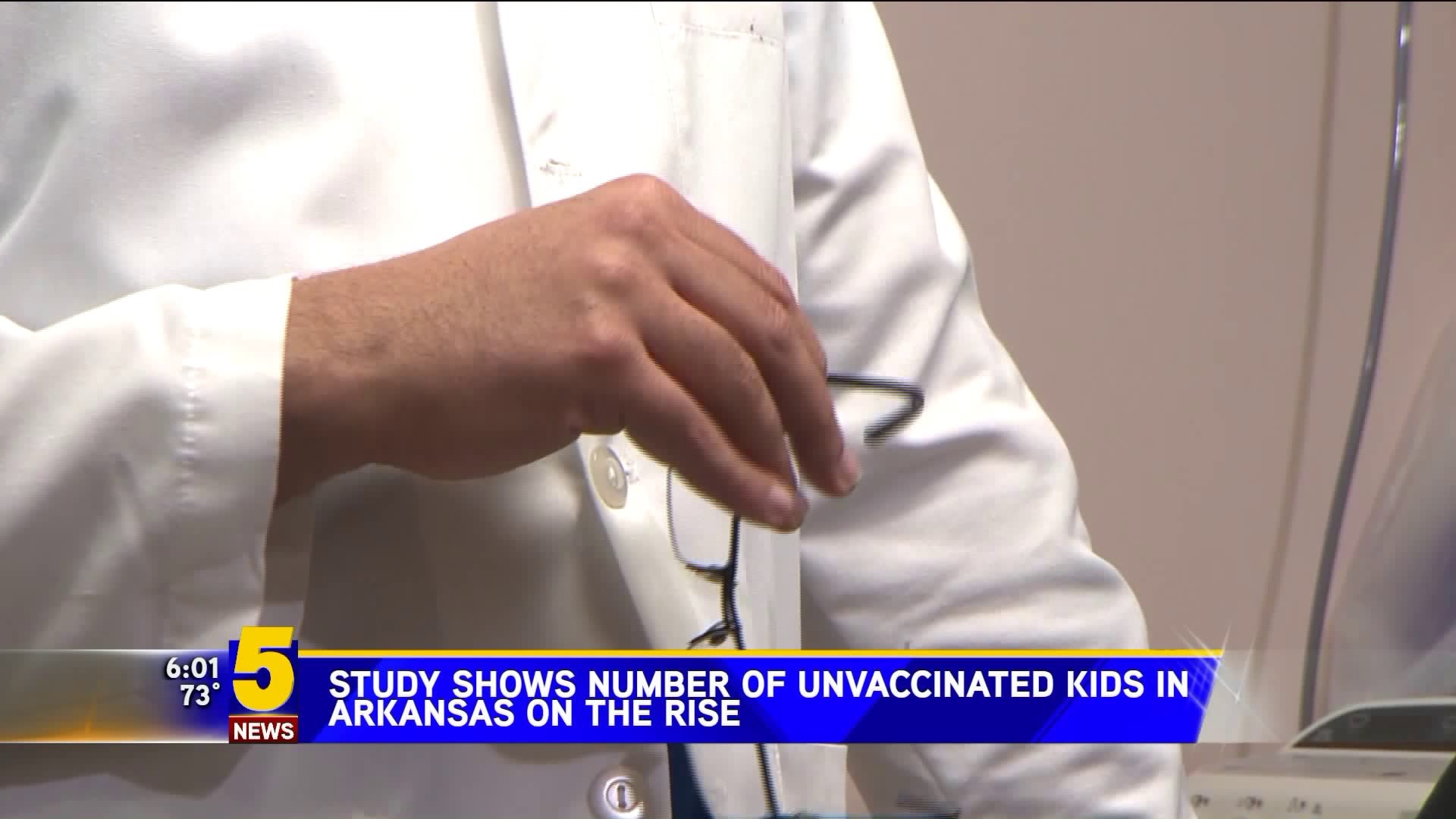 LITTLE ROCK, Ark. (AP) — An increasing number of children in Arkansas are not being immunized against childhood illnesses, according data from the state's Department of Health.

State law mandates that children must receive vaccines for diseases such as measles, mumps and polio by a certain age or prior to beginning school. Parents can file for exemptions with the Health Department by citing medical, religious or philosophical reasons.

The data indicates the amount of exemptions in the state has jumped by around 25% over the last five years, from 6,397 exemptions in 2013 to 8,016 in 2018, the Arkansas Democrat-Gazette reported. Meg Mirivel, a Health Department spokeswoman, said that the numbers include Arkansas students in public and private schools.

For the 2018-19 school year, about 66% of the more than 8,000 exemptions in Arkansas were for philosophical objections, roughly 32% were for religious purposes and 2% were for medical reasons, according to the Health Department.

The Centers for Disease Control and Prevention said Monday that 555 cases of measles have been confirmed in the U.S. in 2019. The last confirmed case of measles in Arkansas was in January 2018, Mirivel said.

"Measles is one of the most contagious diseases that we know of. If one person has measles, 90% of people who they come into contact with who are not vaccinated will probably get it," said Dr. Joe Thompson, of the Arkansas Center for Health Improvement and a former surgeon general for the state.

When 95% of a community is vaccinated against a disease, doctors call that "herd immunity," which means the danger of a disease outbreak getting out of control is relatively low, Thompson said.

The state is failing to meet that standard. The vaccination coverage rate for kids entering kindergarten in Arkansas during the 2017-18 school year was 91.9%, according to the CDC.

In 2016, northwest Arkansas had an outbreak of mumps, with at least 150 cases confirmed or alleged in Springdale and Rogers.

Dr. Gary Wheeler, the Health Department's chief medical officer, said he grew up seeing people disabled and suffering the consequences of diseases that are mostly preventable with vaccinations.

Wheeler strongly suggests that parents immunize their children. "The consequences are too severe," he said.