FORT SMITH (KFSM) — The city of Fort Smith hired a construction company to replace sewer lines, and now some homeowners say that the project has destroyed... 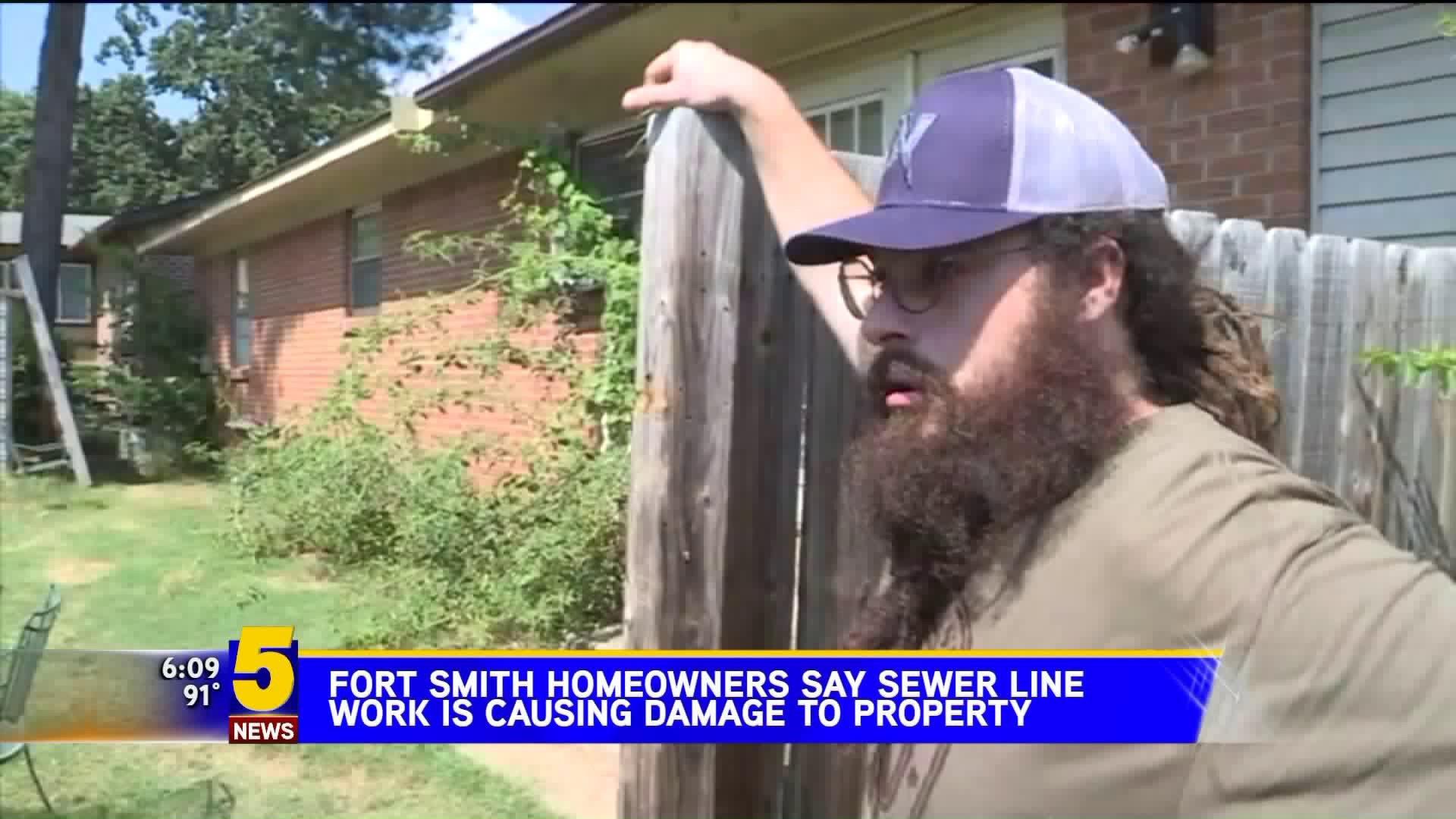 FORT SMITH (KFSM) -- The city of Fort Smith hired a construction company to replace sewer lines, and now some homeowners say that the project has destroyed their property.

Jacob Johnson, a Fort Smith homeowner, says you can see where the sewer work was done, and he can't get answers as to if and when crews will be back to clean up the mess.

"They tore up my yard," Johnson said. "I was contacted yesterday and told after tomorrow I would not be able to tell if they were here."

He says his yard at his home on Eastwood Street in Fort Smith is destroyed, and that roots from his mulberry tree were ripped from the ground.

The construction company Horseshoe Construction was hired by the city of Fort Smith to replace sewer lines like the one in Johnson's yard. The company left behind a note saying why there were doing the work.

Johnson says he called after the company gained access to his backyard by breaking his fence to get in the locked gate.

"I came home from work on Monday to find my fence like this, they took off my lock to access my back property," Johnson said.

After posting pictures of his destroyed yard online, that's when Fort Smith city directors got involved.

"It will get repaired one way or the other, I promise these property owners that will happen," Fort Smith City Director George Catsavis said to 5NEWS. Catsavis and Mike Lorenz are the two city directors who have been talking with homeowners. They will be taking their concerns to other board members at the next study session.

5NEWS spoke with the company who replaced the sewer lines causing the damage, they say in some cases they will have to come back around to repair and clean up. They say it may take time though, they also say they will replace Johnson's broken gate.

In the meantime, the Fort Smith Utility Department says they have scheduled a meeting with this company to discuss the messes left behind in homeowners yards.

Residents are asked to call the city's utility department and report any damage to their property during the sewer line replacement project.