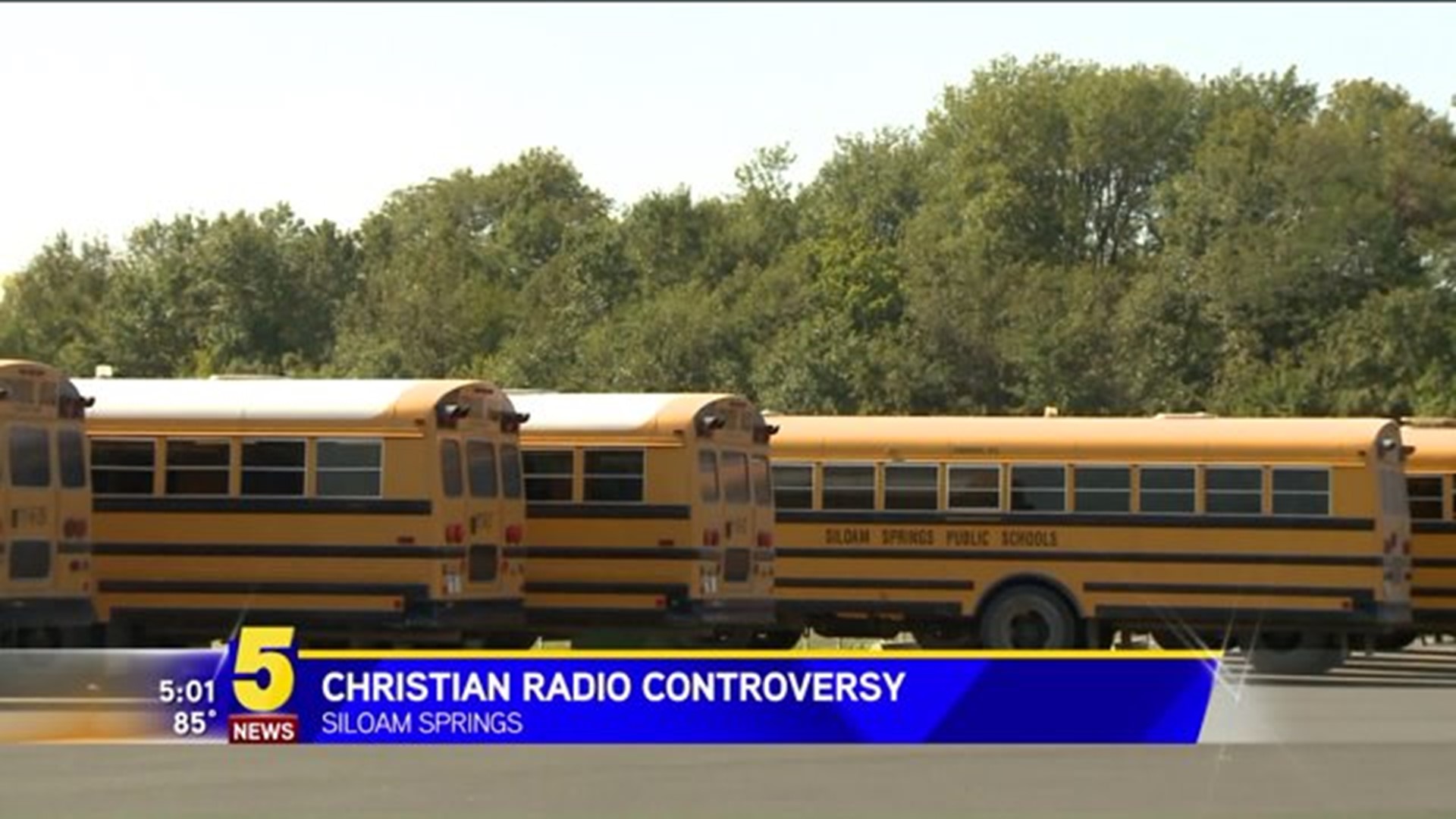 A parent contacted the district on Monday (Sept. 26) and asked that the driver not play anything with a religious connection.

Ramey said a delay in communication resulted in the parent contacting the Freedom From Religion Foundation, which sent this letter to the district Friday (Sept. 30).

In it, the organization cited Supreme Court decisions that ruled in favor of the separation of education and religion and also requested the district address the issue by telling school bus drivers not to play religious programming while students are present.

"We understand that the students on the bus are in a contained situation and under the establishment clause we're supposed to be religiously neutral," Ramey said. "So, we see this as a verifiable incident that can be corrected."

5NEWS reached out to the person who filed the complaint, but did not hear back.

Ramey said the driver has been informed and it is no longer an issue. He added the driver meant no harm by playing Christian radio, but district staff will be reminded to abstain from religious material around students.

"We'll just simply be educating our people, bring it to the conscious level," Ramey said. "Just really good people who have no intent to promote religion, it's just who they are."