SPRINGDALE (KFSM)– Red Bull has chosen to host the 1st ever Pump Bike World Championship at the Jones Center in Springdale on Saturday (Oct. 13). Jesse Ab... 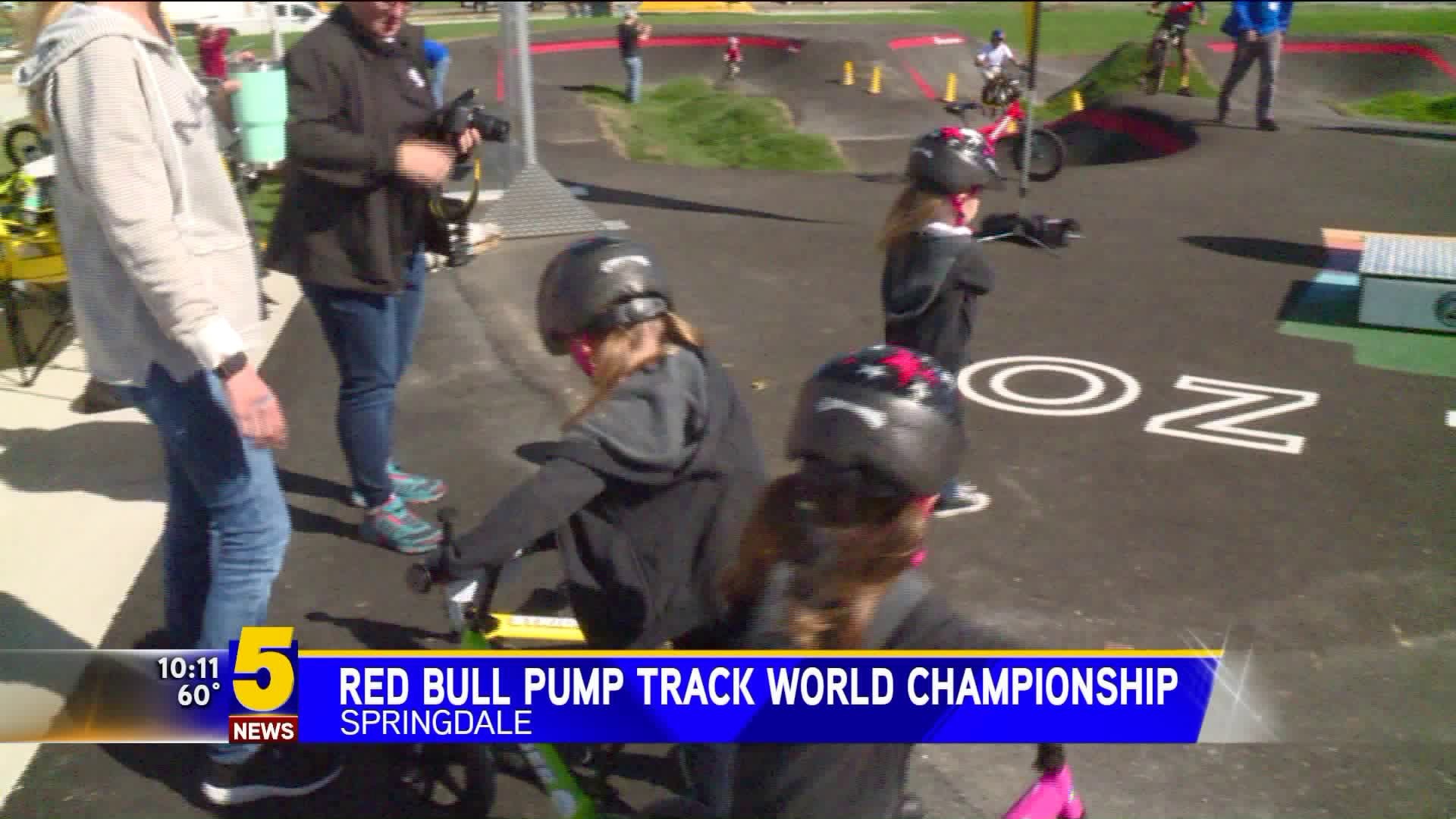 SPRINGDALE (KFSM)-- Red Bull has chosen to host the 1st ever Pump Bike World Championship at the Jones Center in Springdale on Saturday (Oct. 13).

Jesse Abbott is helping host the event, he said Red Bull chose to have the event in Springdale because northwest Arkansas is considered up-and-coming cycling headquarter in the United States.

The pump bike is unlike other bicycles, it doesn't have pedals. A cyclist has to use their lower body to propel forward.

Christina Reno is the mom of four-year-old-triplet girls. Her girls competed in Wednesday's (Oct. 11) pump bike race that was for younger kids.

"The girls love riding bikes, it's hard to get them off of them, they ride them in the house even,'' said Reno.

Reno said her girls may be little but, her daughters are strong, ''They're pretty tough, I mean they survived two months in the NICU,'' said Reno.

For those who are interested in competing in the Red Bull Pump Bike World Championship, it's not too late.

''On Friday (Oct. 12) they'll have the last qualifier for all the locals to come out, and I think they have 20 slots for the locals for the event on Saturday (Oct. 13),'' said Abbott.

Admission for the public to come to watch the pump bike races is free until Saturday (Oct. 13).  The Pump Bike World Championship will be $10 per person.