FORT SMITH (KFSM)- A lawsuit has been filed against the city of Fort Smith after the city sent recyclables to the landfill, while charging residents for a month... 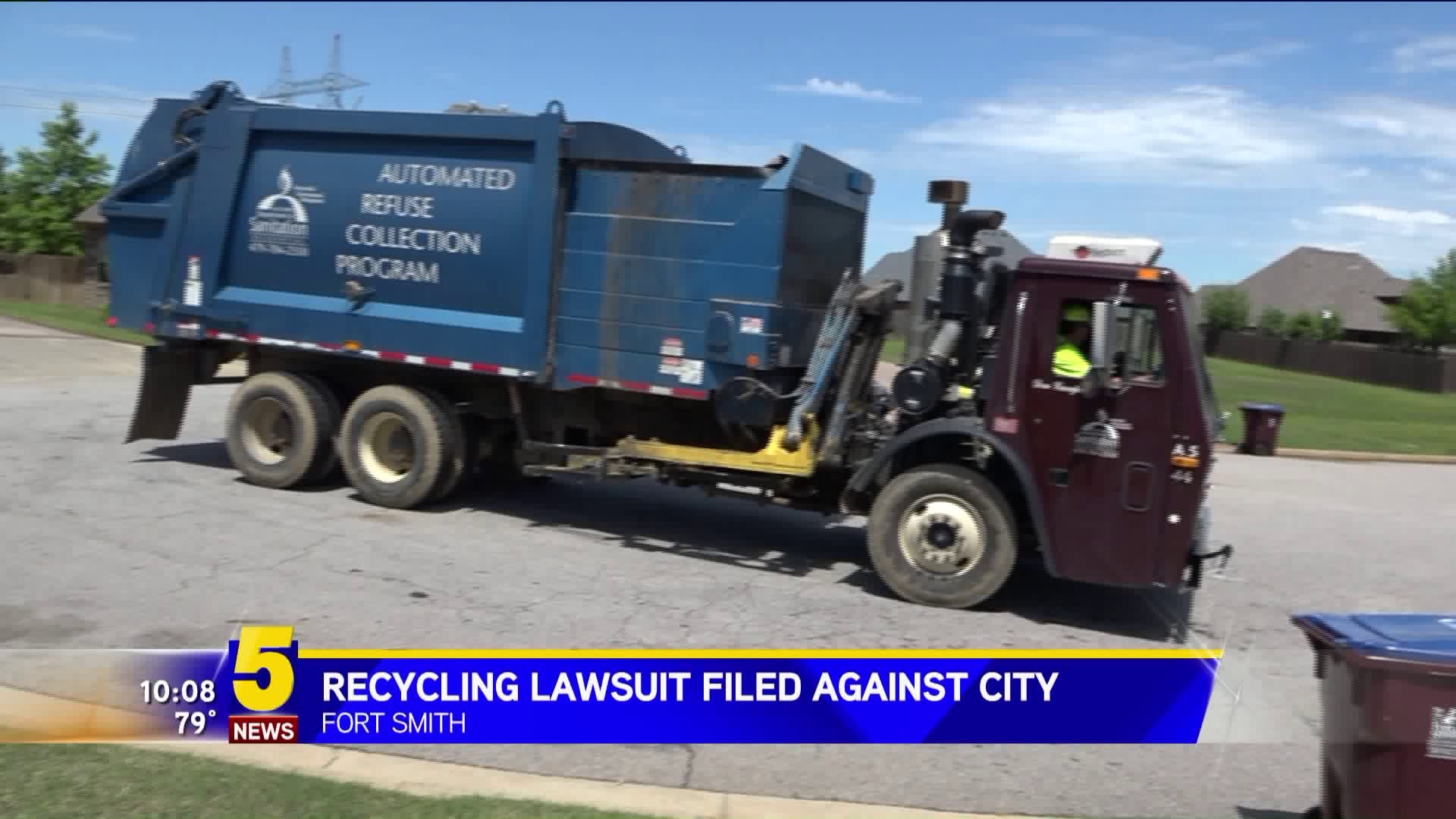 FORT SMITH (KFSM)- A lawsuit has been filed against the city of Fort Smith after the city sent recyclables to the landfill, while charging residents for a monthly recycling fee.

The lawsuit, filed by Fort Smith resident, Jennifer Merriott and attorney, Whitfield Hyman, states the city of Fort Smith transported nearly 8,000 tons of recyclables to the landfill instead of the recycling facility.

"We believe this is a misuse of public funds," Hyman said. "[The city] charges a fee. They said it was going toward sanitation and we thought we were getting a curbside and sanitation program."

Hyman and Merriott hope to get residents reimbursed.

"We hope to get people a refund on what they've spent into this program," Hyman said. "Based on the figures that the city will admit to, about $53,000 a month to run the recycling trucks for no reason alone. That doesn't include the pay of the driver, administration fees. It could easily be double that."

Hyman said this lawsuit against the city isn't about money. He said he, along with residents of Fort Smith, wants to hold the city accountable.

"It's not about the money," Hyman said. "Part of it is about the wasted time. This was the government taking our money, saying they were doing "x" with it and they weren't."

Hyman said he wants to let everyone know this is unacceptable.

"The reason why we're doing this is so the city of Fort Smith and other cities that are watching will know you can't just take people's money and say you're doing something and not do it," Hyman said.

Next is serving the city with the lawsuit. Hyman said in the end, it's a lose-lose situation for everyone involved.

"There's not going to be a lot of retribution here," Hyman said. "Even if we get our money back, that's just money from the city that we're giving back to the residents and the city has to do one of two things: raise taxes or cut spending somewhere else."

Hyman said he plans to serve the city with the lawsuit paperwork on Friday (Jun. 23). After that, the city will have the opportunity to respond.

5NEWS spoke with the city administrator who said the city has no comment at this time.