Records Show Suspect In Murder Of Mother, Stepfather Had History Of Psychosis

SPRINGDALE (KFSM) — A man accused of stabbing three people and killing two of them Friday (Aug. 26) in Springdale has a history of psychosis, according to... 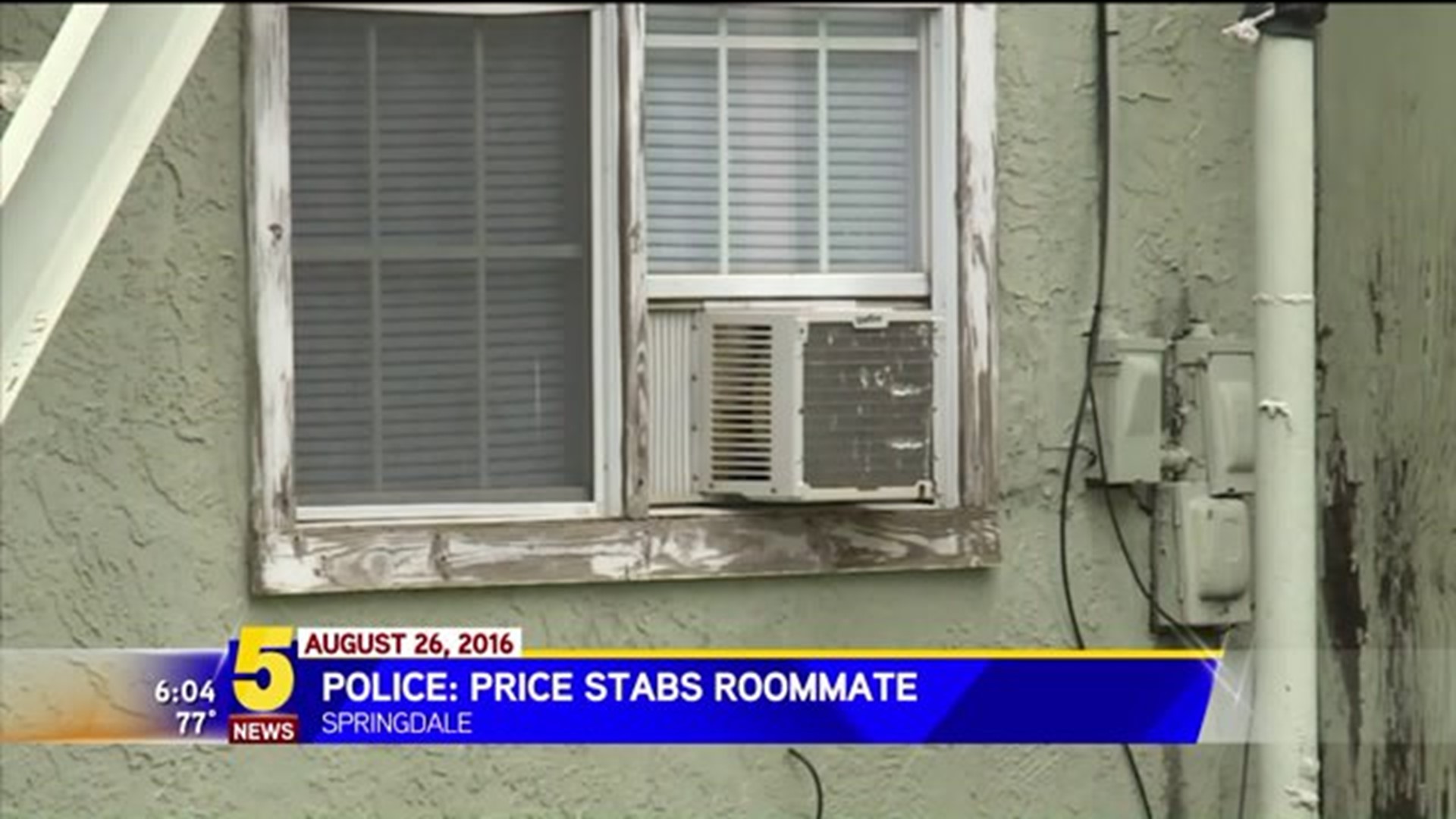 SPRINGDALE (KFSM) -- A man accused of stabbing three people and killing two of them Friday (Aug. 26) in Springdale has a history of psychosis, according to court documents from prior arrests.

Dustin Glenn Price, 28, is facing multiple charges including two counts of capital murder, first-degree battery, terroristic threatening, third-degree assault and residential burglary after police said he killed his mother and stepfather at their home and then stabbed a roommate, who is expected to survive, at another home in Springdale.

Court records show Price has been arrested multiple times in Northwest Arkansas since he was 18. Any court records prior to that are unavailable as he would have been a minor.

In March 2007, Price was arrested on suspicion of aggravated assault and fleeing in Benton County, according to court records. He was found not guilty in Oct. 2007 by reason of mental defect, the records show.

In April 2007, Price was arrested on suspicion of aggravated assault in Washington County, however the prosecutor did not pursue the charge and Price was found not guilty, according to court records.

In 2010, when he was 22, Price was again arrested in Benton County for manufacturing, delivering or possessing methamphetamine, records show. He was found guilty in Nov. 2012 and was sentenced to four months in prison and 10 years probation, according to court records.

When he was 23, Price was again arrested in Washington County on suspicion of fleeing, but was found not guilty in May 2012 by reason of mental defect, records show.

A 2014 run-in with the law stemmed from his conviction in 2012. Records show Price was facing the revocation of his probation after he tested positive for marijuana, was arrested on suspicion of criminal trespass, consumed alcohol, did not report for his substance abuse assessment, failed to pay his fines and was not able to stay gainfully employed. He was given a six-year suspended sentence, according to court records.

That same year, in December, Price was facing charges of second-degree battery and terroristic threatening after he punched a Benton County Sheriff's Office deputy in the face and threatened to hurt him, records show. A psychologist at Arkansas State Hospital diagnosed Price with psychotic disorder NOS (not otherwise specified) in remission, according to the documents. Price was hospitalized at the state hospital and the charges against him were dismissed in July 2016, records show.

According to the National Alliance on Mental Health, psychosis includes a range of symptoms, but most often involves hallucinations and delusions. Hallucinations can include hearing voices, strange sensations or unexplainable feelings, and seeing glimpses of objects or people that are not there or distortions. Delusions can include believing external forces are controlling thoughts, feelings and behaviors, believing that trivial remarks, events or objects have personal meaning or significance, and thinking one has special powers, is on a special mission or even that one is God. The cause of psychosis can be genetic, related to trauma, substance abuse, physical illness or injury, or a mental health condition like schizophrenia, schizoaffective disorder, bipolar disorder or depression.

Price's last encounter with the court system, before he was arrested on suspicion of capital murder, was in July 2016. He once again was facing sentence revocation in connection to his meth-related conviction in 2012, according to court records. Price was facing revocation because he did not report to his supervising officer and had not paid his fine, records show. The court issued a revocation warrant for him on Aug. 11, which was about two week before he was arrested on suspicion of stabbing three people, according to records.

The warrant was addressed to the home of Price's mother and stepfather, who police said he killed with a knife and baseball bat.

Price appeared in court Monday (Aug. 29) where his bond was denied, according to Washington County Detention Center records.