Recommendation Made To Shut Down Trusty Elementary In Fort Smith

FORT SMITH (KFSM) — An assessment team hired by the Fort Smith School District has recommended that Trusty Elementary be shut down. The district confirmed... 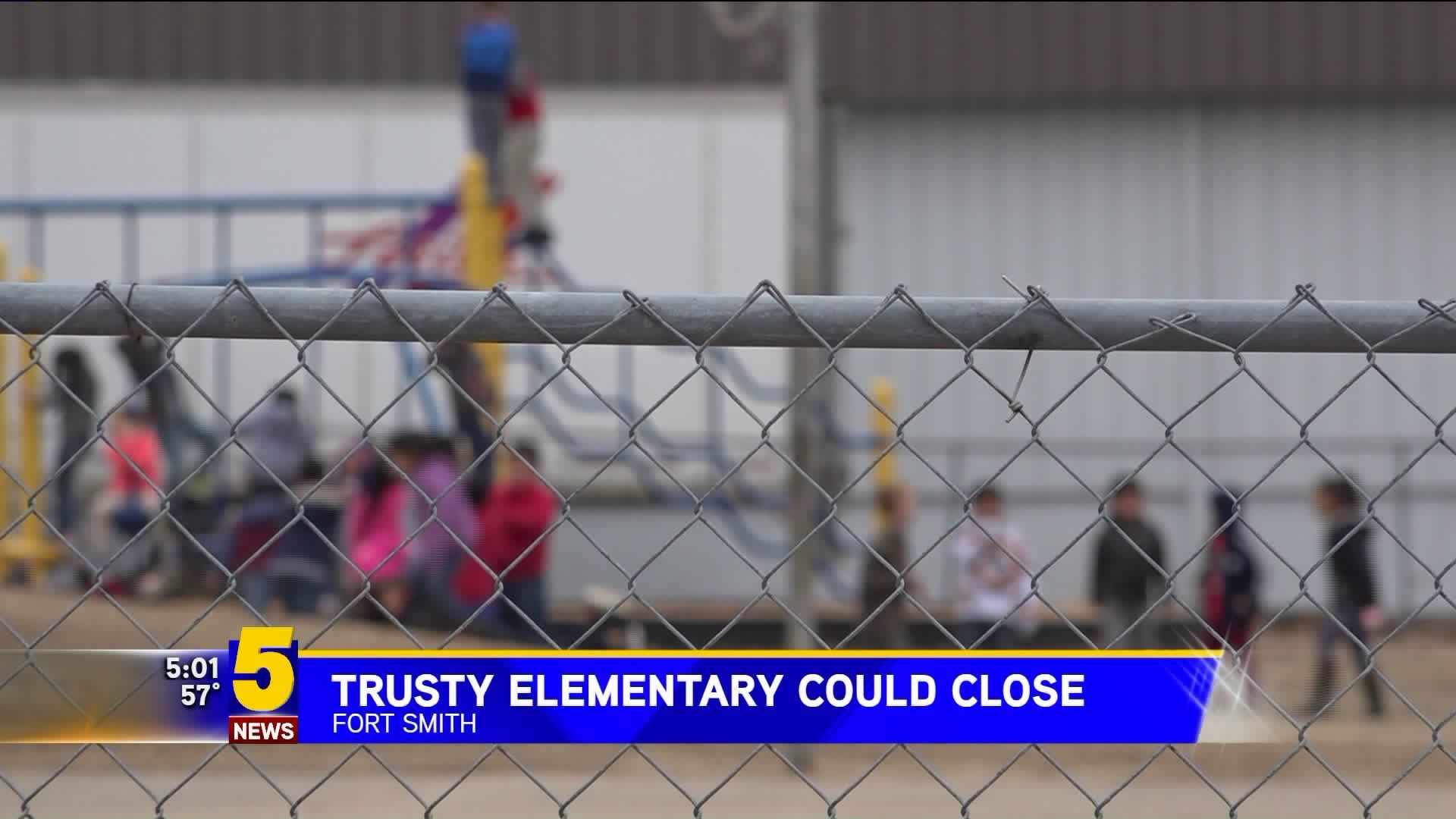 FORT SMITH (KFSM) -- An assessment team hired by the Fort Smith School District has recommended that Trusty Elementary be shut down.

The district confirmed the news on Friday (Jan. 26). At this time, it is only a recommendation.

The superintendent will go to the school Friday to notify teachers of the recommendation.

Even if the recommendation is accepted, school officials said it would take at least 3 to 5 years to go into effect.

School officials said the recommendation has nothing to do with education performance. The recommendation comes from an assessment of the building itself, which was constructed in the 1920s.

Those students would be distributed into other schools in the area.

"The people at Trusty are great. The challenge is, they are not being served by a building that fully meets their needs. The assessment team has come in and said, 'you can invest a lot of money in Trusty in order to keep it going for another 5 or 10 years, or you can look at an option that gives them, what kids really deserve for a 21st century education.' It may just be in another building," Said Fort Smith Schools Superintendent Doug Brubaker.

Parents like Gabriela Martinez, who has a child attending Trusty Elementary said she would like to see the school stay as is.

"It's older but it's beautiful and it's a part of the neighborhood," she said.

Others like Waymon Harris said 5 generations of his family has attended the school.

"People that live around here, close, that works and stuff here close to the school-then they are going to have to start finding different ways to get them to school. I would like to see them just leave it alone," Harris said.