FAYETTEVILLE (KFSM) — Twenty-five dogs and one cat that were recently seized from a home in Fayetteville are now available for adoption, according to the ... 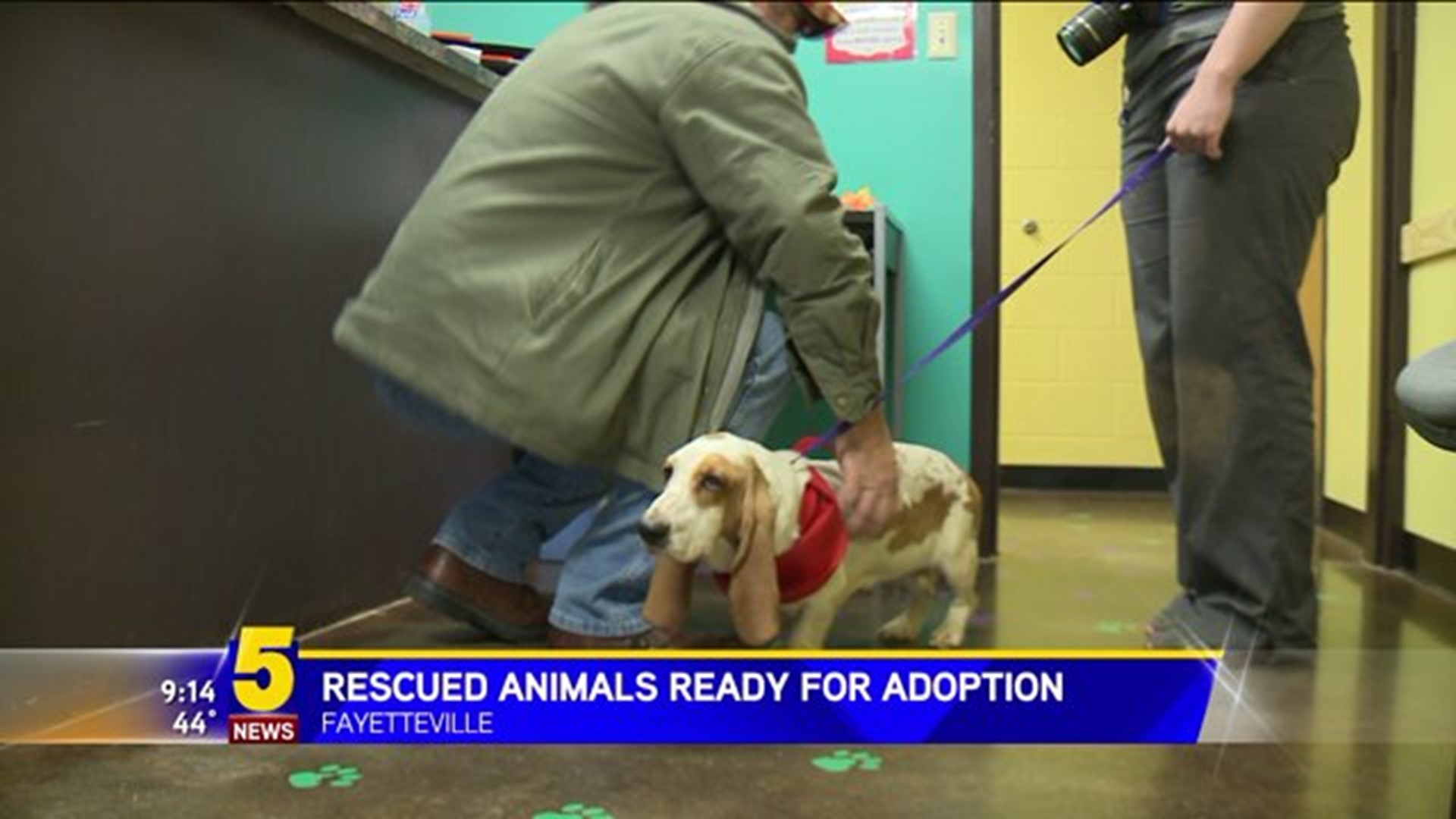 FAYETTEVILLE (KFSM) -- Twenty-five dogs and one cat that were recently seized from a home in Fayetteville are now available for adoption, according to the City of Fayetteville.

The pets were seized and surrendered to Fayetteville Animal Services on Jan. 10. Responding animal services officers and the shelter veterinarian turned in reports to the Washington County Prosecutor's Office on Tuesday (Jan. 17). The shelter staff moved nine of the dogs and the cat to adoptable pet areas on Thursday (Jan. 19).

“We have many different types of dogs from this case including a basset hound, chocolate lab, heeler, and smaller companion dogs. Other medium-sized mixed breed dogs are available for adoption as well,” Animal Services Superintendent Justine Lentz said.

Several of the seized dogs originally came from shelters in Texas and will be transported to Texas-based animal rescues familiar with the dogs. The city said Fayetteville Animal Services is vetting all the rescue organizations to ensure the dogs go into a stable, loving environment.

Several of the seized dogs that need additional medical treatment are shar-pei and shar-pei mixes. Animal services is networking to find a reputable shar-pei rescue organization.

"We would love for these dogs to be adopted quickly, but the shelter can always use donations such as bleach, glass cleaner, and paper towels – as well as dog and cat toys and treats,” Lentz said.