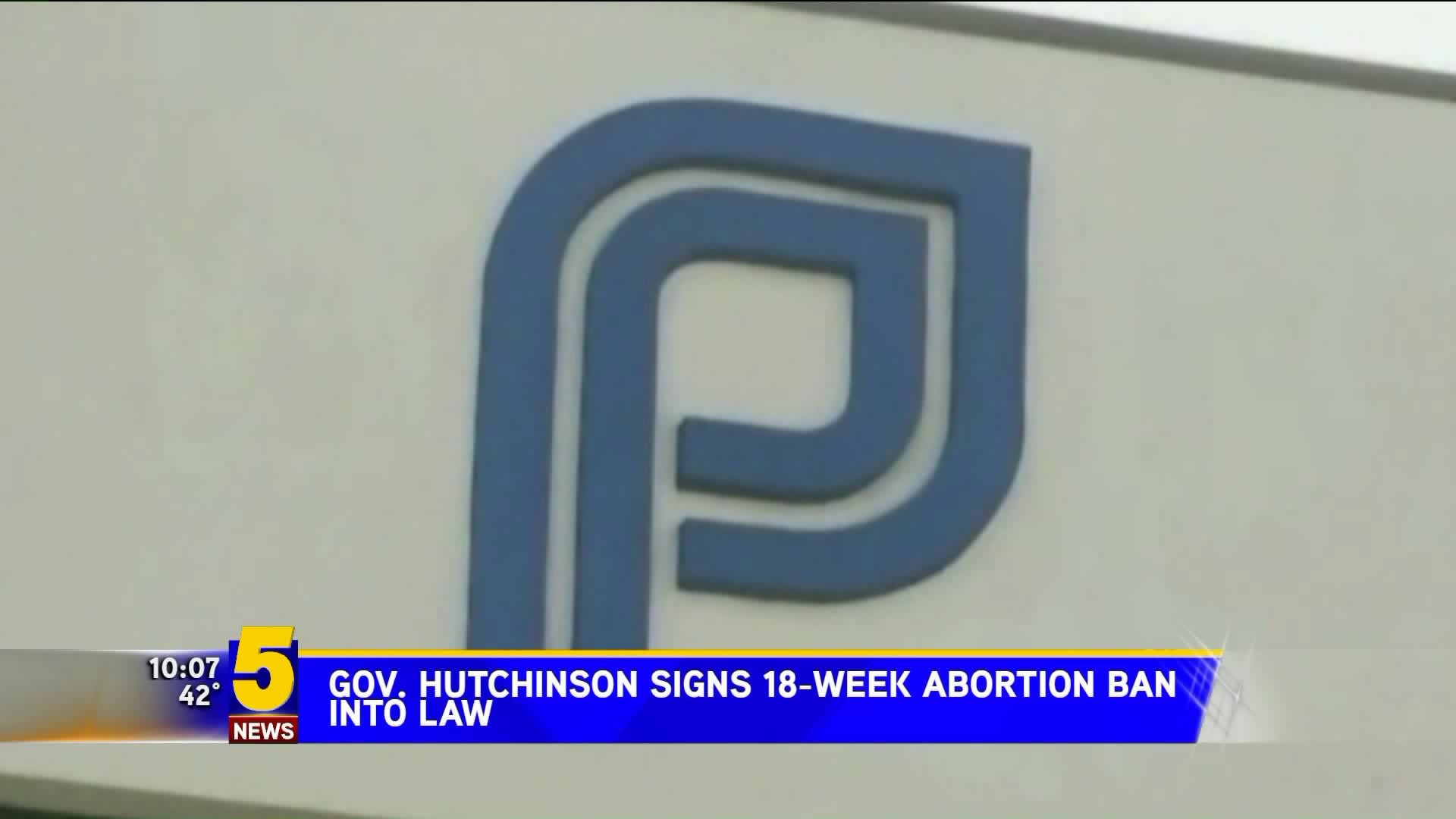 "I'm glad he did it. I wish it would have been even sooner, maybe whenever there's a heartbeat. I don`t think there should be abortion," said Doyle Webb of Fort Smith.

The law includes exceptions for cases of rape, incest, and medical emergencies. but Planned Parenthood still calls the measure hostile.

"Planned Parenthood understand that there are lots of things that go into a decision around laws like this, but this is an extreme act on women`s right and women`s healthcare in the country," said Gloria Pedro, Arkansas Manager of Public Policy and Organizing for Planned Parenthood Great Plains.

Some people in the River Valley weighed-in on the news. Charles Astor says abortion is ethically wrong and he supports the 18-week ban.

"When a baby has brain waves, they`re pretty much a human being at that point. Now, that isn`t to say their life is more or less than the mom, but I think a lot of women should just be more responsible and use birth control, " said Astor.

Astor's wife agrees with her husband, a former pro-choice advocate, who now believes abortion is killing the baby.

"I think it's horrific to have an abortion after that. So, I really do support limiting to at least 18 weeks. I would like to see it lower than that, but I think 18 weeks is a good start," said Michelle Astor.

Meanwhile, Planned Parenthood is making this promise to women everywhere.

"Planned Parenthood will always fight for reproductive rights and for healthcare rights for women across the country," said Pedro.

Opponents of the law, like say the ACLU, said it plans to fight the ban in court.

The law will go into effect 90 days after the end of the legislative session which is expected to happen in May.