FAYETTEVILLE, Ark. (KFSM) — Every year thousands of people camp out hours, and sometimes even days, before the game to have the perfect tailgate.  For many Hog ... 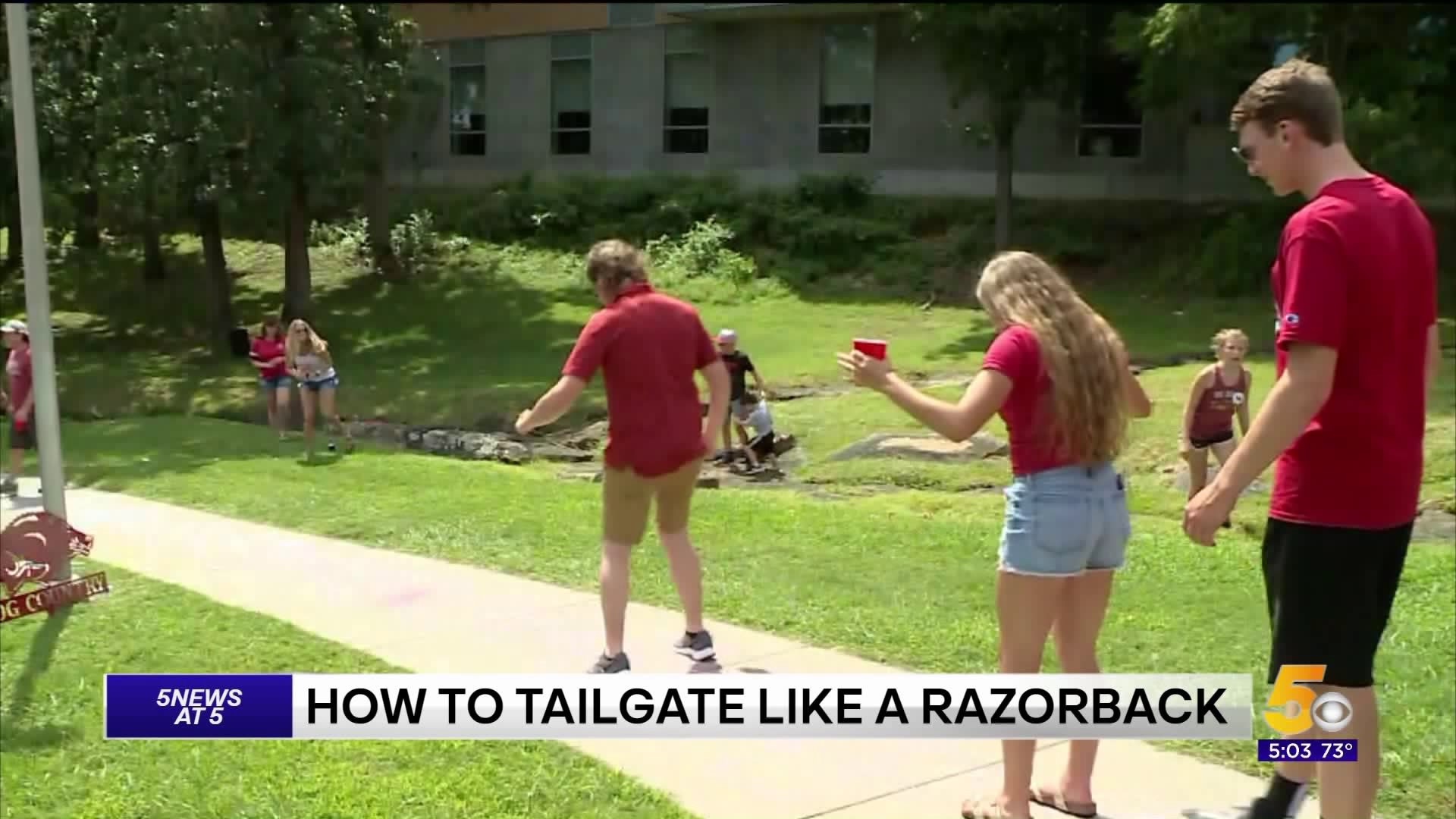 FAYETTEVILLE, Ark. (KFSM) — Every year thousands of people camp out hours, and sometimes even days, before the game to have the perfect tailgate.  For many Hog fans - tailgating has become a pregame tradition.

"You have the atmosphere of the entire alumni, but then you also have all of the students coming too, which is really fun having both aspects of it.  People that aren't even going to the U of A come out just to see the stadium," says University of Arkansas student Abigail Beasley.

Along with the community, locals say to them tailgating means tradition.

"I've been here since I was fifteen. I went to Fayetteville, I went to the U of A, I'm an alumni, and a lot of us here are alumni, so we are supporting the Razorbacks win or lose," said Charlie Radcliffe.

U of A students Harrison Deshazo and Shep James planned their fraternity tailgate for a few hundred people.  They say the tailgating atmosphere shows that Hog fans are hopeful for a good season.

"I'm excited for the season. We've got a new coach.  We will see what happens," says Deshazo. "It's pretty electric out here. People are pretty excited," said James.

We ended our day of tailgating with the Holt family.  They have been tailgating in the same spot for over 10 years.  A few years ago, they began making a hopscotch down the sidewalk by their tent.

"I love doing hopscotch, and I have since I was little, so I just wanted to share it with everyone," says Mackenzie Holt.

The hopscotch is now a tailgating favorite.  It has received the name of "Hog-scotch."  The hog-scotch starts with a "Go Hogs," and followed with 230 steps towards the stadium.

Tailgaters from all over hop through the hog-scotch as people call the hogs and cheer them on.