Razorback Fans Come Together For ONE Hog Call

FAYETTEVILLE (KFSM) – Friday (Aug. 31) the ‘Hog Call’ was heard around the world to unify Razorback fans ahead of the season opener on Saturday (Sep... 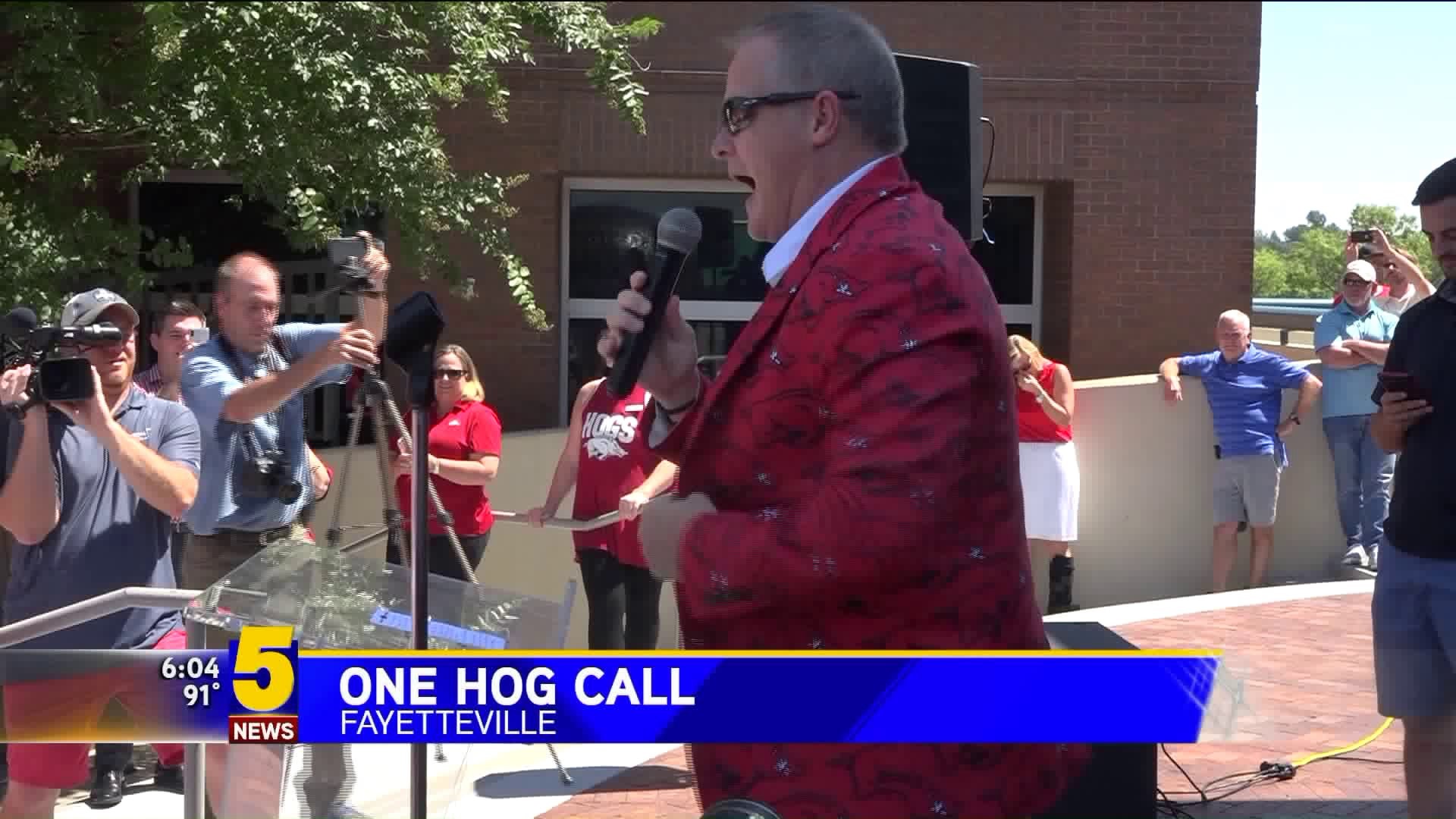 FAYETTEVILLE (KFSM) – Friday (Aug. 31) the 'Hog Call' was heard around the world to unify Razorback fans ahead of the season opener on Saturday (Sep. 1).

Fans came together for the first ever ONE Hog Call at the Fayetteville Town Center and the Greek Theater on the UA campus.

“I'm excited, I'm ready for the new coach and to see how the season goes with him and see what he can do for this program,” Kynleigh Bond said.

At the town center new athletic director Hunter Yurachek took a selfie with fans waiting for 1:00 p.m. to call the Hogs.

“We're big Hog fans, we're excited about some of the new changes and wanting to see some good football. We're really excited for what it can bring to the town and the University,” Mary Smith said.

Amy Mitchell said her daughter Lydia is the biggest Razorback fan she knows.

“We constantly have the fight song and any Razorback song on in our car. We know all the cheers and all the things, so we brought her out here so we can do it all in person,” she said.

Yurachek said along with Arkansas there were more than 30 states and seven other countries who called the hogs at 1:00 p.m. on Friday.

“How better to unite a state and a kind of global group of Hog fans than the greatest tradition in college athletics and that's calling the Hogs,” he said.

The University is hoping to make "ONE Hog Call" an annual event.