FAYETTEVILLE (KFSM) — What was meant to be a quick trip to the store, quickly turned into what many would call a nightmare for a local woman. Trapped in a... 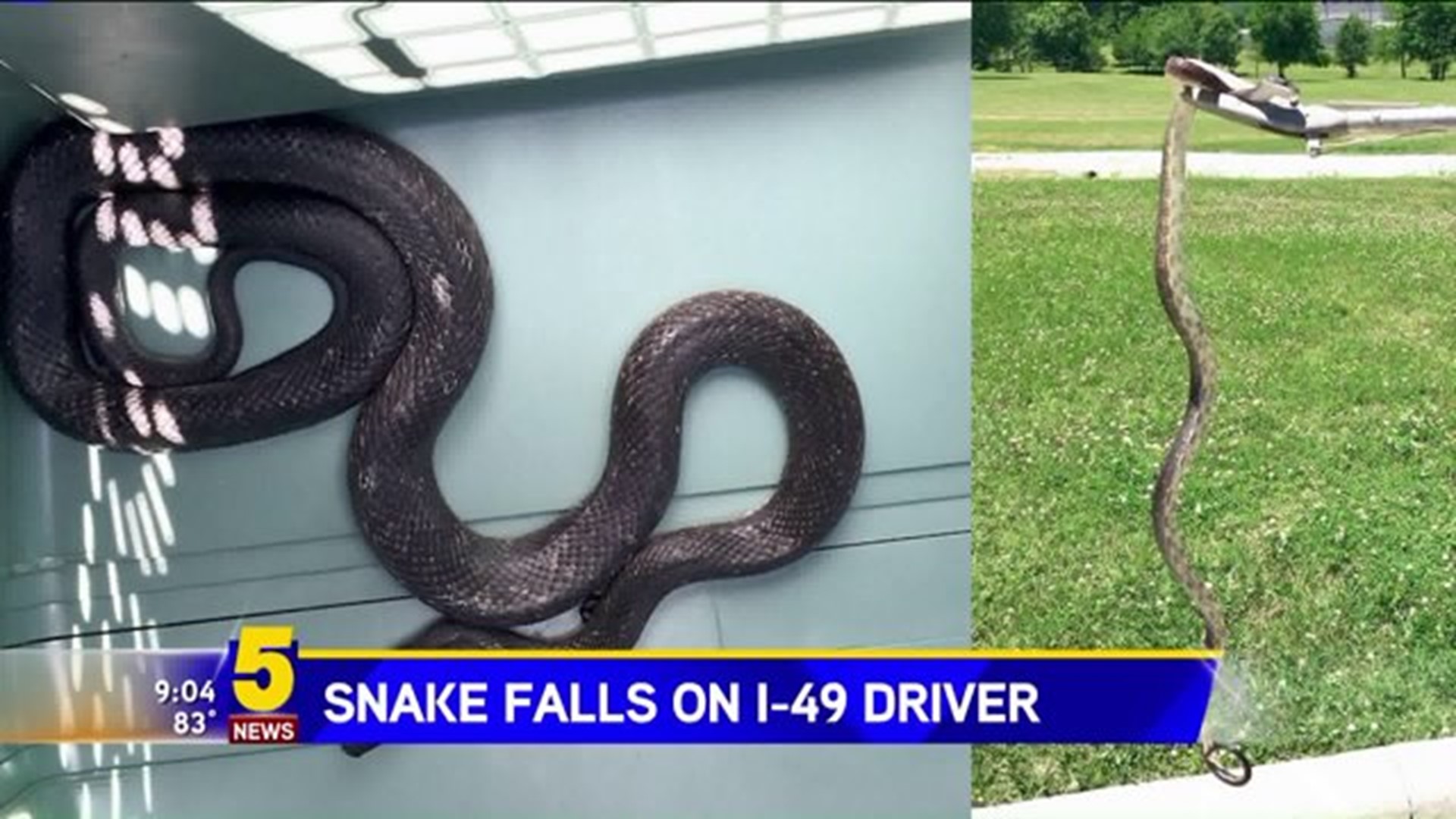 FAYETTEVILLE (KFSM) -- What was meant to be a quick trip to the store, quickly turned into what many would call a nightmare for a local woman.

Trapped in a car, in the middle of Interstate 49, Kelly Swisher had a four-foot-long rat snake fall from her dashboard onto her feet Thursday (June 9).

"As soon as it landed on my feet, I felt it," Swisher said. "It was rough and scaly. As it slithered across my feet, it was the nails-on-a-chalk-board kind of thing."

"I do not know if I had my hands on the steering wheel or not," Swisher said. “I am not the most flexible person in the world, but I can guarantee my knees were up next to my ears."

In what may have been the oddest 911 call of the day, Swisher pleaded for help, but before the snake could be removed, it disappeared into the dashboard again.

Swisher braved the situation though, and got back into the driver’s seat. she said she just hoped the snake would stay in the dashboard until she could get off the interstate.

"That did not work out either," Swisher said. "Here he comes, and he wound up in the back seat of my car."

The Washington County Sheriff’s Office called out animal control and eventually the snake was caught.

But she said she will watch her feet more closely.

Rat snakes feed primarily on rodents and birds and are one of the most popular reptile pets in the world. Bites are rarely serious and generally the snakes pose no threat to humans.