A Crawford County rancher got quite the surprise Saturday (Oct. 26) as one of her cows gave birth to triplets. Their birth, something of a statistical miracle. ... 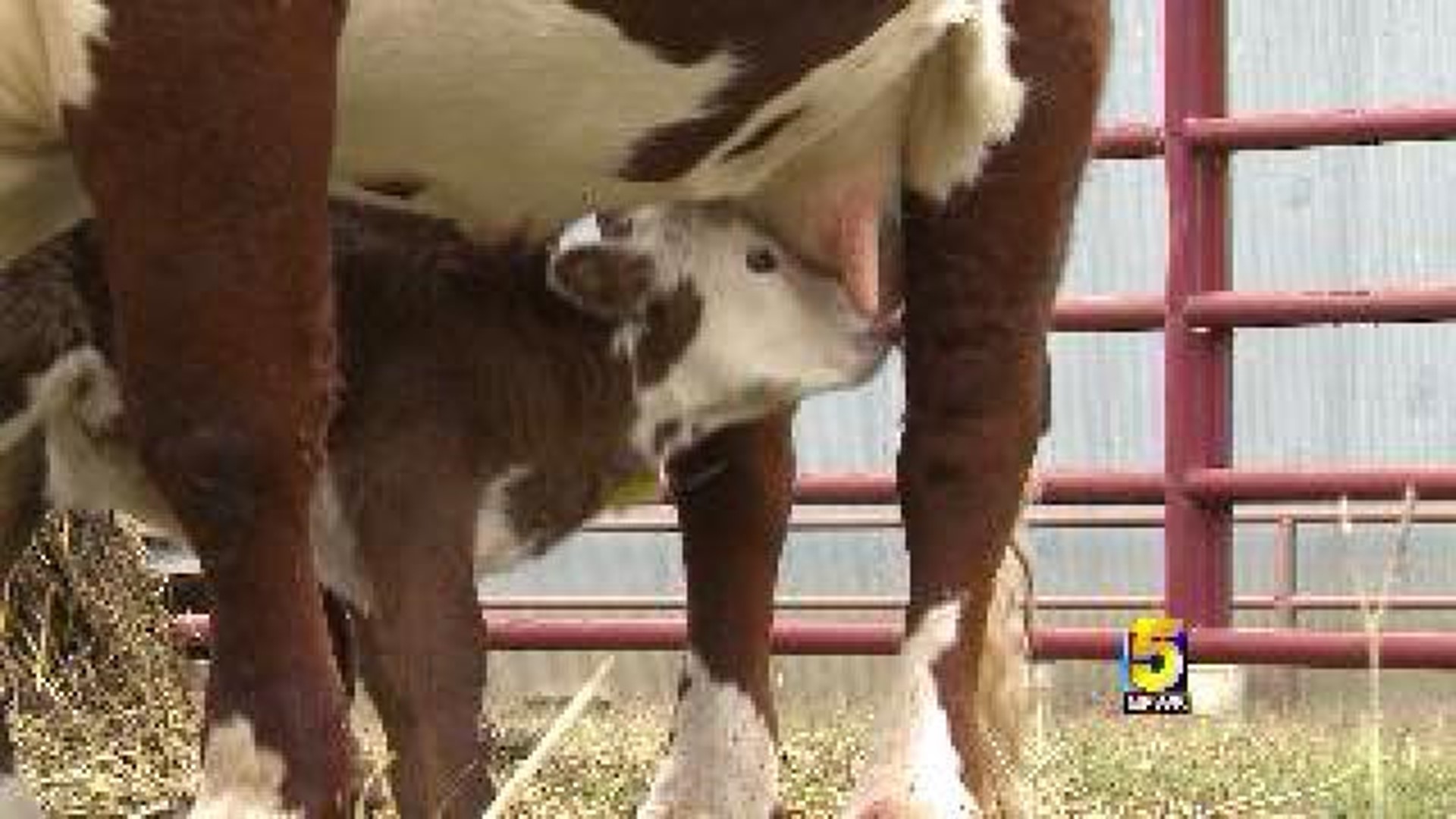 A Crawford County rancher got quite the surprise Saturday (Oct. 26) as one of her cows gave birth to triplets. Their birth, something of a statistical miracle.

"I saw this one cow that was laying off from the rest of them, and so I got in my Kubota and go and look and she's having her first calf," Boone said. "It was about halfway out, so I sat there and watched her and she got that one and got up and started cleaning that one up."

Boone tagged the first newborn as calf 'A' and actually headed back home thinking the birthing was over.

"She had the first one at 730, and about 1030 I looked down there and she was totally stretched out, and I thought she's having another one," Boone said. "So I go down, and sure enough she is. "

That bull calf, tagged as 'B'.

Another hour and another series of contractions and out came calf 'C'.

The chances of Annie giving birth to the three bull brothers are one in 700,000, according to statistics. The chances of them all being healthy is even higher.

Boone said she's just happy that all of the bull calves are up on their feet and nursing.

"I think I've probably had tears a few times," Boone said. "There's nothing like having new life and having a new mom that is good makes our job easier."

Boone said she's still thinking of names for the three bull calves. Over the next few days, she said she plans to introduce them to the rest of her herd.