BENTONVILLE (KFSM) – Many have taken confederate flags down across the country, and some have called for other symbols of the confederacy to be taken down... 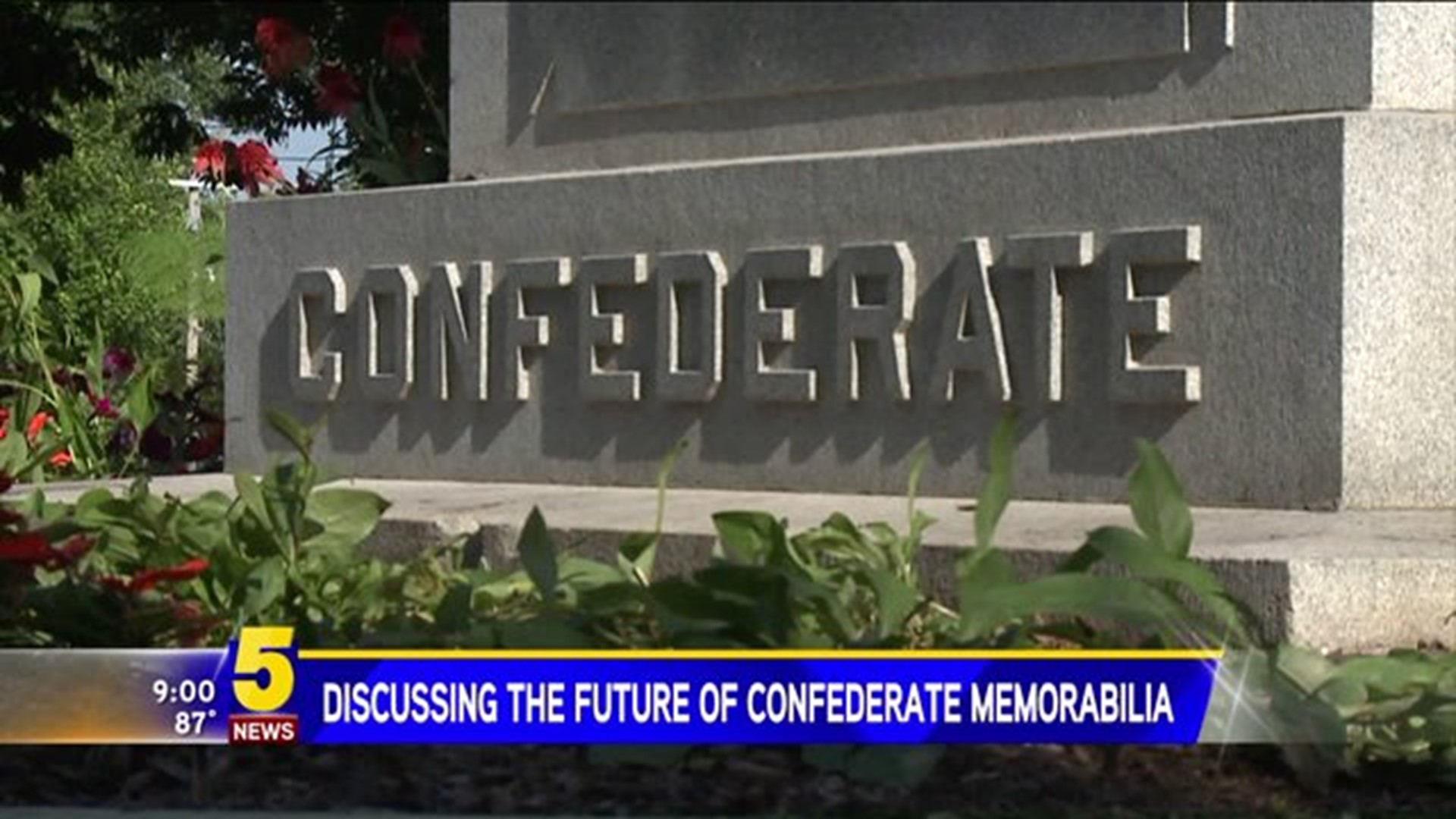 BENTONVILLE (KFSM) - Many have taken confederate flags down across the country, and some have called for other symbols of the confederacy to be taken down.

After the mass shooting at Emanuel AME Church in South Carolina, the debate over whether confederate flags and monuments should come down in public places spread.

“It’s time that we start having the conversation. A conversation that we haven`t had before,” said Dandre Jones, Urban League of Arkansas Board Member.

“[Confederate memorabilia] is taking us back to a period in American history that wasn`t very favorable to African Americans,” Jones said.

Jones said all memorials, and statues, which represent the confederacy, should be removed as a sign of respect to the African American community.

“If we are going to invite African Americans to live in that part of the state, then we have to do the right thing,” Jones said. “And, that is having the conversation about removing anything that is not welcoming to African Americans.”

One of many confederate monuments in Arkansas stands at the Bentonville Square.

It's a statue of James Henderson Berry, a confederate soldier who later became governor of Arkansas.

However, not everyone agreed that the monuments should be removed.

“I think it is just a part of history,” said Bobby King. “It is here as a remembrance of what happened. It can also be used as a tool to help keep something like that from happening again.”

“I can see how it would offend African Americans,” said Richard Holtsclaw. “I just feel that being against everything confederate, over one incident, is just overkill. It is a historical event. It happened. Regardless of what people want to think, or say, it happened.”

Jones disagreed, saying there has to be a conversation about the ways the past is being remembered.

“If it is an educational opportunity, then [lawmakers should be] seeking other ways to educate about the heritage involving the confederacy.”