LOWELL (KFSM) — People gathered outside Senator John Boozman’s office in Lowell on Tuesday (Jan. 31) to peacefully protest their concerns about some... 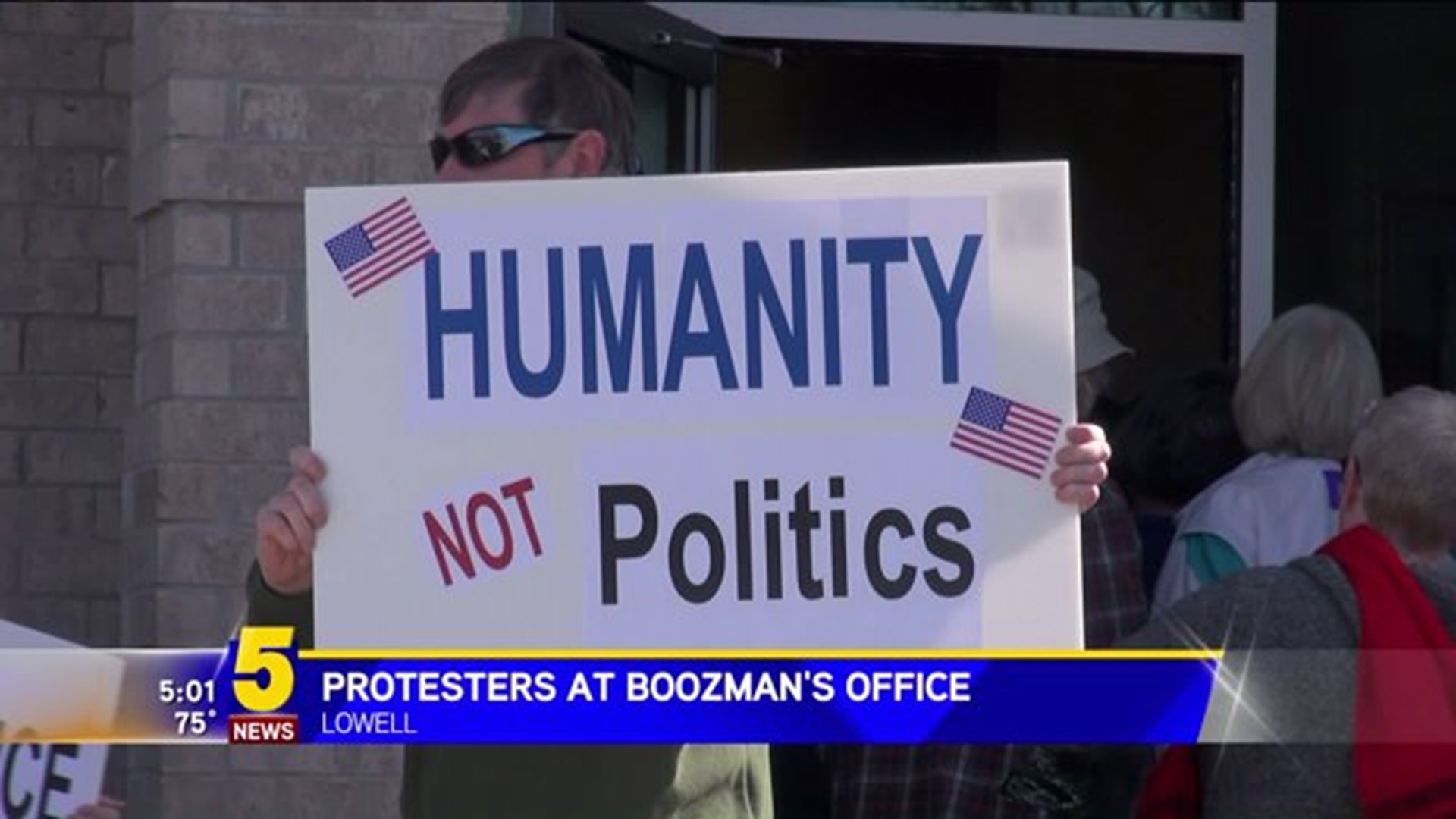 Protesters said they feel some of the nominees haven't been vetted properly and don't have enough experience.

“DeVos has never been public schools, she doesn't know public schools. We think Rex Tillerson has not got enough experience, he has too much money, to many ties around the world. We listed each and every one of our nominees that we object too,” Nancy Paddock said.

Paddock said they hope Senator Boozman will do something about their complaints.

A priority is asking for a 30 day hold on cabinet nominees to learn more about their ambitions.

“Do they want to be in the cabinet for the good of the American people or are they interested in their own good, financial good, political good or religious good,” Nancy Paddock said.

Paddock said they think this country needs to take all citizens into consideration when making these nominations. Matthew Bott agrees and said they just want their voices heard.

“We're hoping to show that we are not afraid to put our faces out there, our names out there. We are showing that we aren't afraid of what`s coming because we believe it's only going to get worse under Donald Trump,” Bott said.

In response to the protest, Senator Boozman released this statement:

The right to peacefully protest truly makes our country great. Americans have the right to express their opinions. I appreciate hearing from Arkansans everyday who share with me their concerns and support for issues important to them.

That said, President Trump is following through with the campaign promises he ran on which Arkansans overwhelmingly supported in the November election. We need to work together, rather than obstructing, the will of the American people.