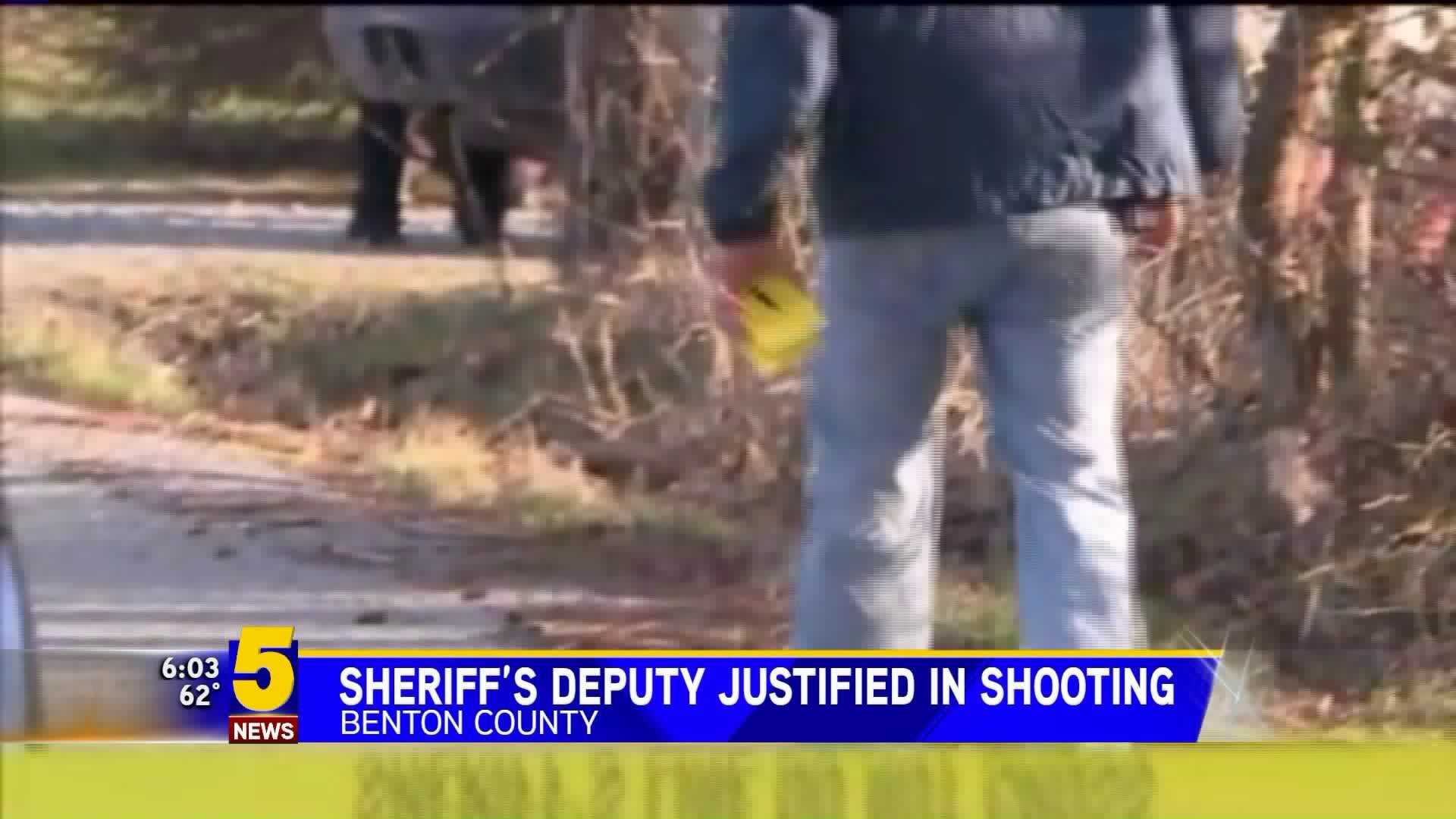 In a letter sent Friday (April 19) to Arkansas State Police and the sheriff's office, Smith said Cpl. Matt Nading had a reasonable belief that Hasten Nathaniel Merworth had violated an order of protection, was presentably dangerous and that Merworth would imminently use deadly force against Nading.

Smith pointed to the Arkansas statute 5-2-610, which says police are justified in using deadly physical force to make an arrest or prevent an escape of someone who they believe is dangerous, or to defend themselves against someone they believe is using or will soon use deadly force.

In making his decision, Smith said he also reviewed the state police case file, dashcam video from the sheriff's office and visited the site of the shooting.

"Based on the foregoing, the shooting, in this case, was justified under Arkansas law," Smith said.

A sheriff's office spokeswoman said the department was glad to have Nading back on shift.

"We were confident he would be cleared from any wrongdoing, and are thankful everyone is okay," said Sgt. Shannon Jenkins.

Merworth, 33, had reportedly violated a protection order by showing up March 13 to his father's house on West Mountain Road, according to a probable cause affidavit.

When deputies arrived, Merworth told them he had a gun and wanted to die. He also said he wanted deputies to leave him alone and that he loves his freedom, according to the affidavit.

Following a verbal dispute with deputies, Merworth brandished his gun. Deputies then continued to try to verbally deescalate the situation from positions of cover, according to the affidavit.

A short time later, Hasten fired his gun from inside the truck multiple times, and Nading countered with his own shots, hitting Merworth in the cheek and leg.

Deputies on scene rendered aid and Merworth was taken to a hospital in Springfield, Mo., and treated for his injuries.

Merworth was arrested in connection with aggravated assault on a law enforcement officer -- a Class D felony -- and misdemeanor charges of violating a protection order and failure to appear.

It wasn't immediately clear when his next hearing will be in Benton County Circuit Court.