FORT SMITH (KFSM) — Fort Smith police officers won’t face criminal charges for a suspect who died in their custody after an autopsy ruled the man... 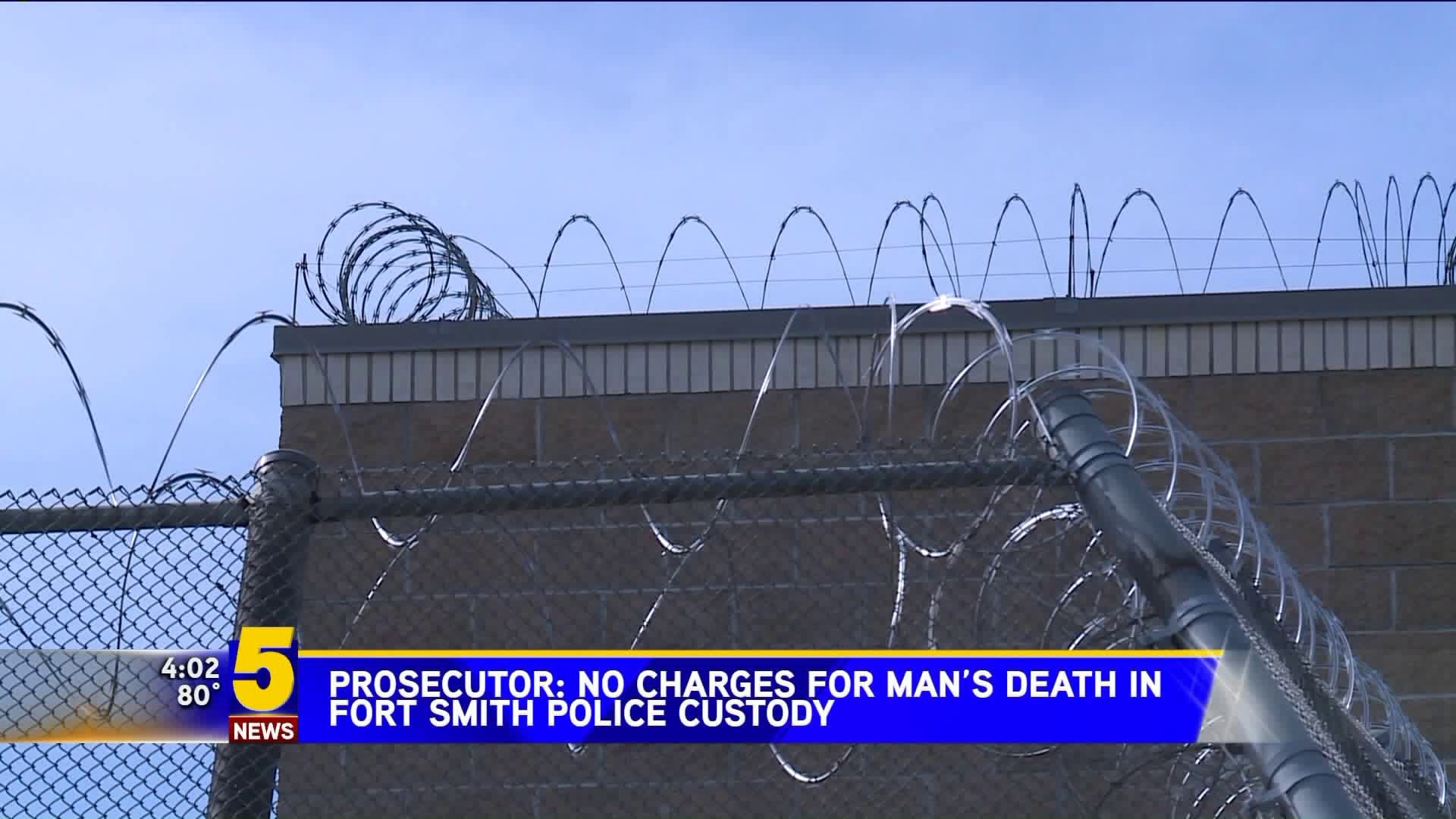 FORT SMITH (KFSM) -- Fort Smith police officers won't face criminal charges for a suspect who died in their custody after an autopsy ruled the man's death was due in part to a baggie of methamphetamine he swallowed while being booked into jail.

In a letter to Arkansas State Police, which investigated the case, Sebastian County prosecutor Daniel Shue said he reviewed police interviews, video recordings, as well as the autopsy report, and found no way to bring criminal charges under applicable law.

Darrell Keith Hays, II, 51, died from "asphyxia due to airway obstruction by foreign body" with a contributing factor of "methamphetamine intoxication," according to the Arkansas State Crime Lab.

Hays was arrested on April 19 during a traffic stop after officers learned he had outstanding warrants and noticed digital scales in his possession.

While in the back seat of the patrol car, Hays removed a baggie of meth and ingested it. He later lied to the officer about where the meth was, telling him it was still in the car, according to Shue's letter.

Hays began complaining of breathing problems at the Sebastian County Detention Center. He started gasping for breath and police tried the Heimlich maneuver but failed to dislodge the bag.

Medical personnel removed the bag from Hays' mouth while he was en-route to the hospital, but couldn't save his life, Shue said.

The autopsy also noted that Hay' had meth in his blood and urine that "was well within the toxic to possibly lethal range," according to the crime lab.