ARKANSAS  (KFSM) — A bill that would require certain controlled substances to be prescribed electronically now sits on the Governor Asa Hutchinson’s desk.... 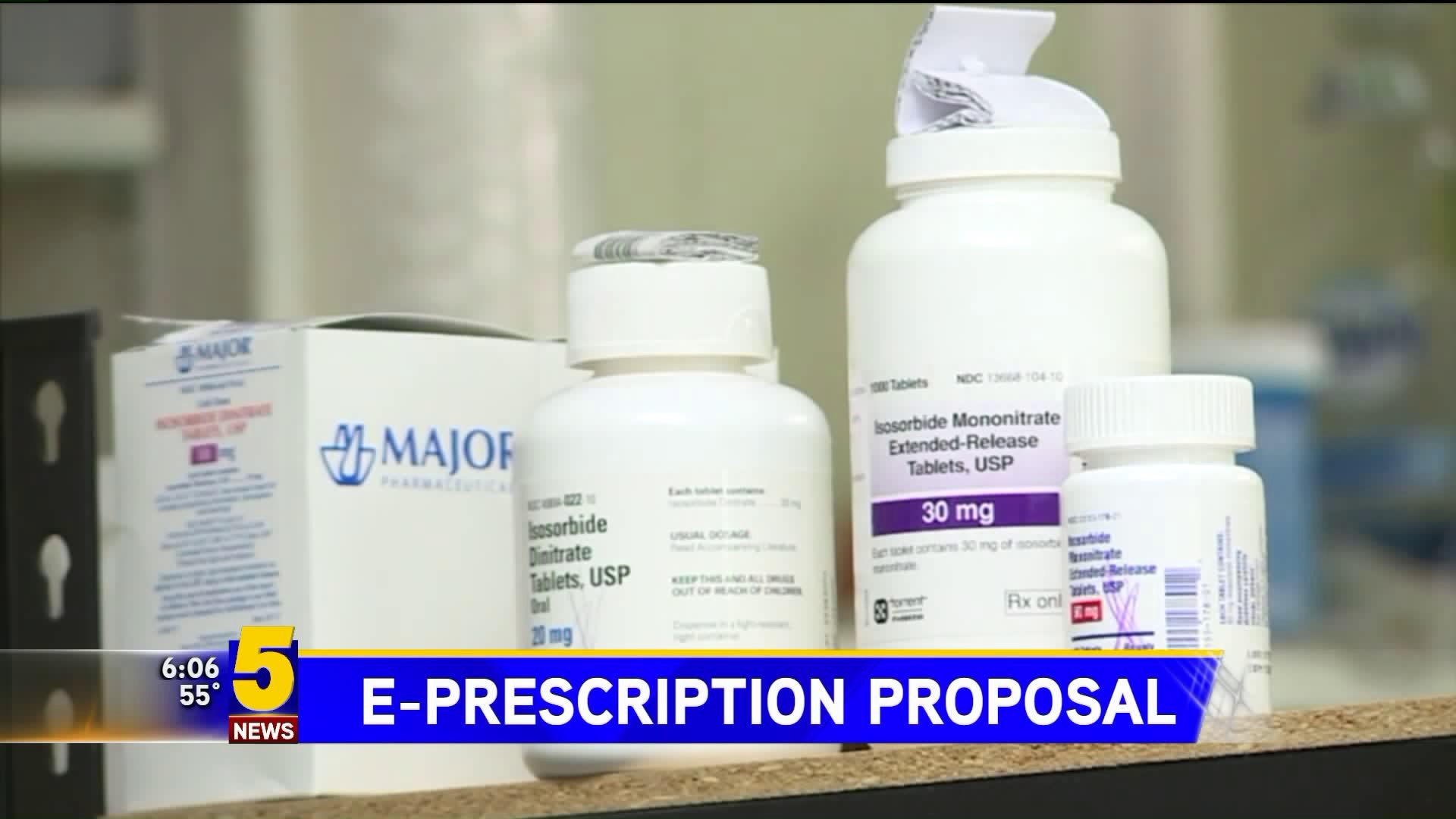 ARKANSAS  (KFSM) — A bill that would require certain controlled substances to be prescribed electronically now sits on the Governor Asa Hutchinson's desk.

Arkansas Senate Bill 174, co-sponsored by Senator Hammer, would make these controlled substances only prescribable through E-prescriptions. This means that a prescription would go straight from the doctor to the pharmacy, eliminating paper scripts.

State House Representative Justin Boyd says this bill would make day to day prescribing easier, and would also help cut down on a more significant issue.

"We have a drug abuse challenge in the state of Arkansas. Specifically, opioids are one of the big challenges we have, and again prescription opioids are a subset of that, and it’s one of the places where people can get started," Boyd said.

If the bill passes the last phase, Boyd says it would reduce fraud, waste and abuse of prescription drugs in the state. It includes drugs that have a high potential for miss-use like Hydrocodone, Codeine and Adderall.

Local pharmacist Caul Corbell says this bill would have many benefits for patients. Corbell says with E-prescriptions there is no chance of getting stuck without your medicine.

"In a way, it takes some of the patient responsibility out of it as well as the patient liability if they were to misplace their prescriptions," Corbell said.

Corbell says the transition would be smooth because most pharmacies are already equipt to fill E-prescriptions.

Boyd says he believes the bill would streamline the process of obtaining medication.

"This is a much more efficient way and a much safer way to transmit prescriptions for controlled substances from the prescriber and the pharmacy in the state of Arkansas," Boyd said.

If passed, the bill would go into effect in January 2021.