LITTLE ROCK (KFSM) — A proposed bill could give Deferred Action for Childhood Arrivals (DACA) students the opportunity to become licensed nurses in Arkansas. As... 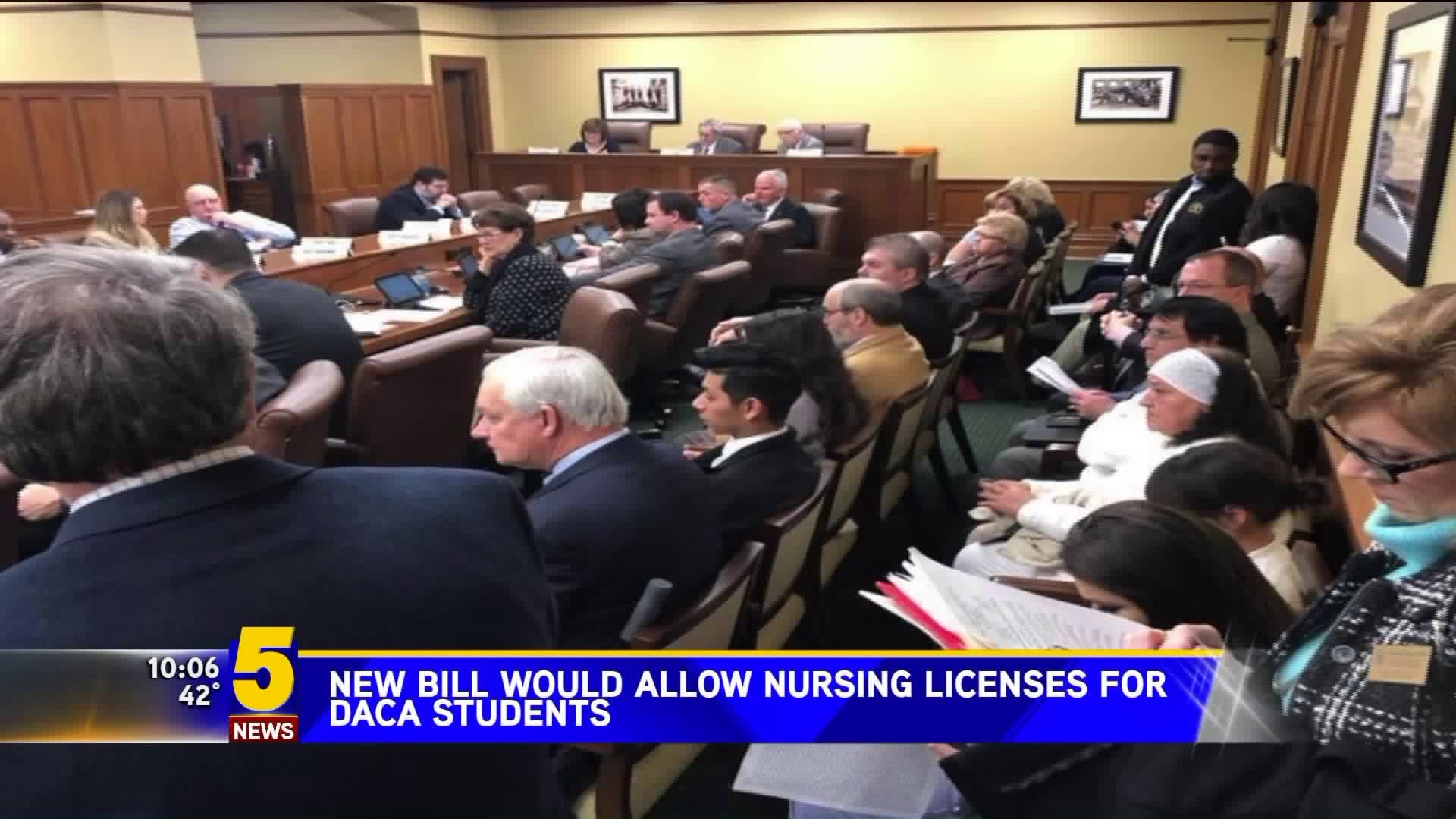 LITTLE ROCK (KFSM) — A proposed bill could give Deferred Action for Childhood Arrivals (DACA) students the opportunity to become licensed nurses in Arkansas.

As of right now, DACA students in Arkansas can take courses towards a nursing career, but they can't actually become licensed in the state.

"I was constantly in and out of the hospital and it just became like a second home to me so it would be really such a blessing to be back and serve and give back to the nurses who were there to help me," Zulually Guerrero said.

Zulually Guerrero was inspired to pursue a career in the medical field after spending much of her young life in and out of Arkansas Children's Hospital, she is also a "Dreamer."

Right now an interpretation of rule by the state nursing board says DACA students can not receive a license to become a nurse in the Natural State.

"So what this bill does is very simply creates a process where DACA beneficiaries can be licensed by the nursing board," Republican House Member Justin Boyd said.

On Thursday (March 7) the bill passed through committee without any opposition. State Representative Megan Godfrey authored the bill and says 73 of the 75 counties in Arkansas are medically underserved. She says the bill could help fill that need.

"It was just a win-win a great way to have these really hard working dedicated resilient young folks that contribute to their communities and to their economy and to the health of our state," Godfrey said.

Boyd serves on the committee that passed the bill and says it has more than one benefit.

"It helps with the nursing shortage. It also helps with taxes. DACA beneficiaries come in. They work and they pay medicare tax, social security tax, income tax," Boyd said.

Zulually shared her story at the Capitol along with DeQueen High School student Aldair Guerrero who says he has wanted to pursue a medical career after watching his grandparent suffer with diabetes.

"I feel blessed with the opportunity to stand up for other people because I made my voice be heard today and that’s what matters," Aldair Guerrero said. "I really really hope that they do make this a law because it would help many students and it would give us a huge opportunity to help many others in Arkansas."

Both students say they hope this bill passes so they can be able to work in the state they have always called home. The bill goes into the full house on Monday (March 11).