LITTLE ROCK (KFSM) — Arkansas Senator Alan Clark is proposing a bill that would force a school district to lose a percentage of its national school lunch fundin... 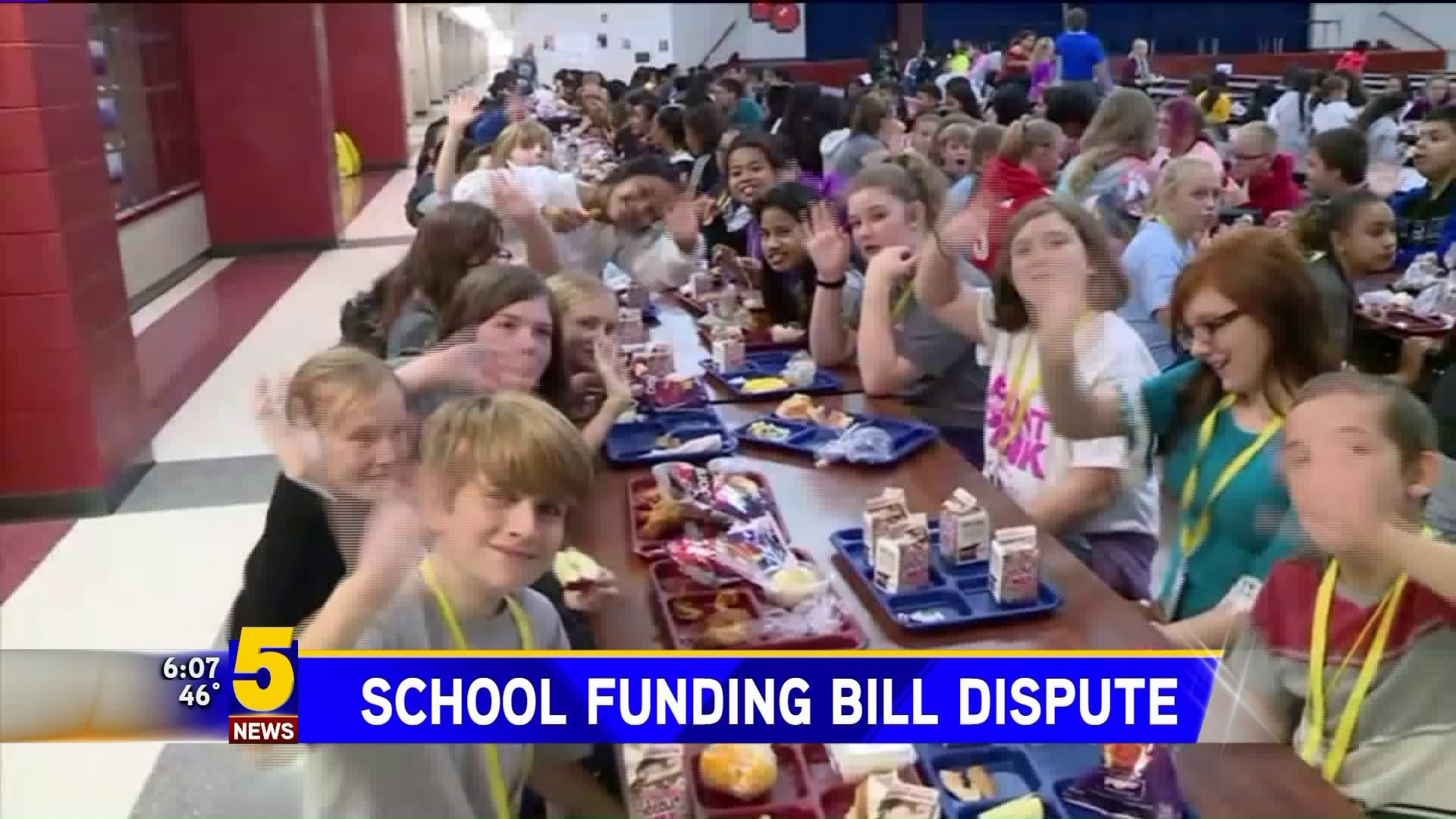 LITTLE ROCK (KFSM) — Arkansas Senator Alan Clark is proposing a bill that would force a school district to lose a percentage of its national school lunch funding if that district's reading readiness level falls below a certain standard.

Laura Kellams from the Northwest Arkansas Advocates for Children and Families (AACF) says the name of this bill would not affect kids from receiving lunch at school in any way.

"As proposed it actually wouldn`t affect lunch money funding, but it would affect targeted funding that school districts have, particularly to meet the educational needs in poverty. And that`s things like pre-k programs to after-school programs," Kellams said.

According to content partner THV in Little Rock, the proposed bill would add an amendment that would reduce National School Lunch state categorical funding if a public school district or open-enrollment public charter school falls below a certain threshold for reading readiness.

The Springdale School District is the largest in the state and spokesperson Rick Schaeffer says it will cut money used to help struggling students.

"Literacy is a prime importance, we are not downplaying that at all, but we also have a large number of English language learners that sometimes affect your total test scores," he said.

“It is a secondary funding mechanism that's determined by how many kids you have on free and reduced lunch,” Clark said. “It’s just unfortunate that’s what (the program) is called.”

The state funding is "money distributed to school districts based on the concentration of poverty in their student populations." That funding uses data from the federal program to measure poverty in a school district.

According to the bill, if less than 70 percent of students in a public school from third grade through tenth grade qualify as "ready" or "exceeding" in reading readiness, and the district's percentage doesn't increase, then the funding could be reduced. Clark said districts can, and do, spend it on a whole host of things. He wants to set up a stick and carrot to improve reading.

The bill has been sent to the Senate Committee on Education for approval.