ARKANSAS (KFSM) — When Arkansas lawmakers open the 2017 legislative session on Monday (Jan. 9) at the State Capitol in Little Rock, one of the bills under... 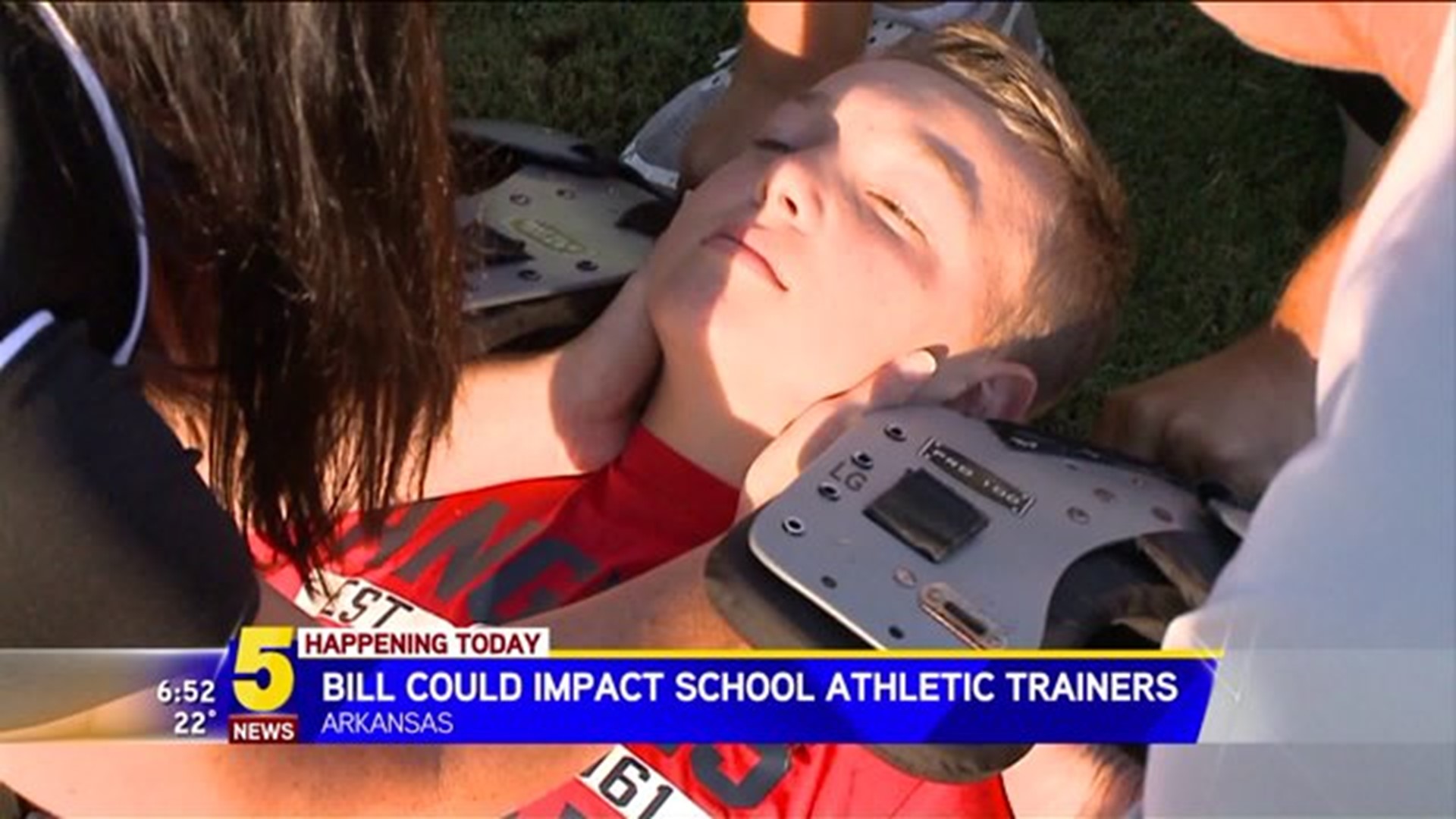 ARKANSAS (KFSM) -- When Arkansas lawmakers open the 2017 legislative session on Monday (Jan. 9) at the State Capitol in Little Rock, one of the bills under consideration would restrict how school athletic trainers can help students.

Under House Bill 1040, athletic trainers wouldn't be able to practice in non-clinical settings, nor could they treat players going through post-surgery rehab or with spinal injuries.

"Having that quick reaction time definitely helps to make sure that you have the best outcome for these athletes," Lappin said.

For example, if a player talked to an athletic trainer about a back injury that's been bothering them, the athletic trainer could only refer the student to a specialist and send them right back out the door under the proposed bill.

"Standing over that kid knowing there's potential the injury could affect the rest of their life -- it's a big responsibility," said Lappin.

Additionally, if this bill passes, parents might have to pay more money for treatment their kids can get for free from athletic trainers.

Lappin said the bill would  keep them from treating injuries less than four weeks post-op, which would require parents to send their child somewhere else for the treatment.

State Representative and physical therapist Joe Farrer filed the bill. 5NEWS reached out to Farrer, but he told our affiliate in Little Rock that he was too busy to talk discuss it.