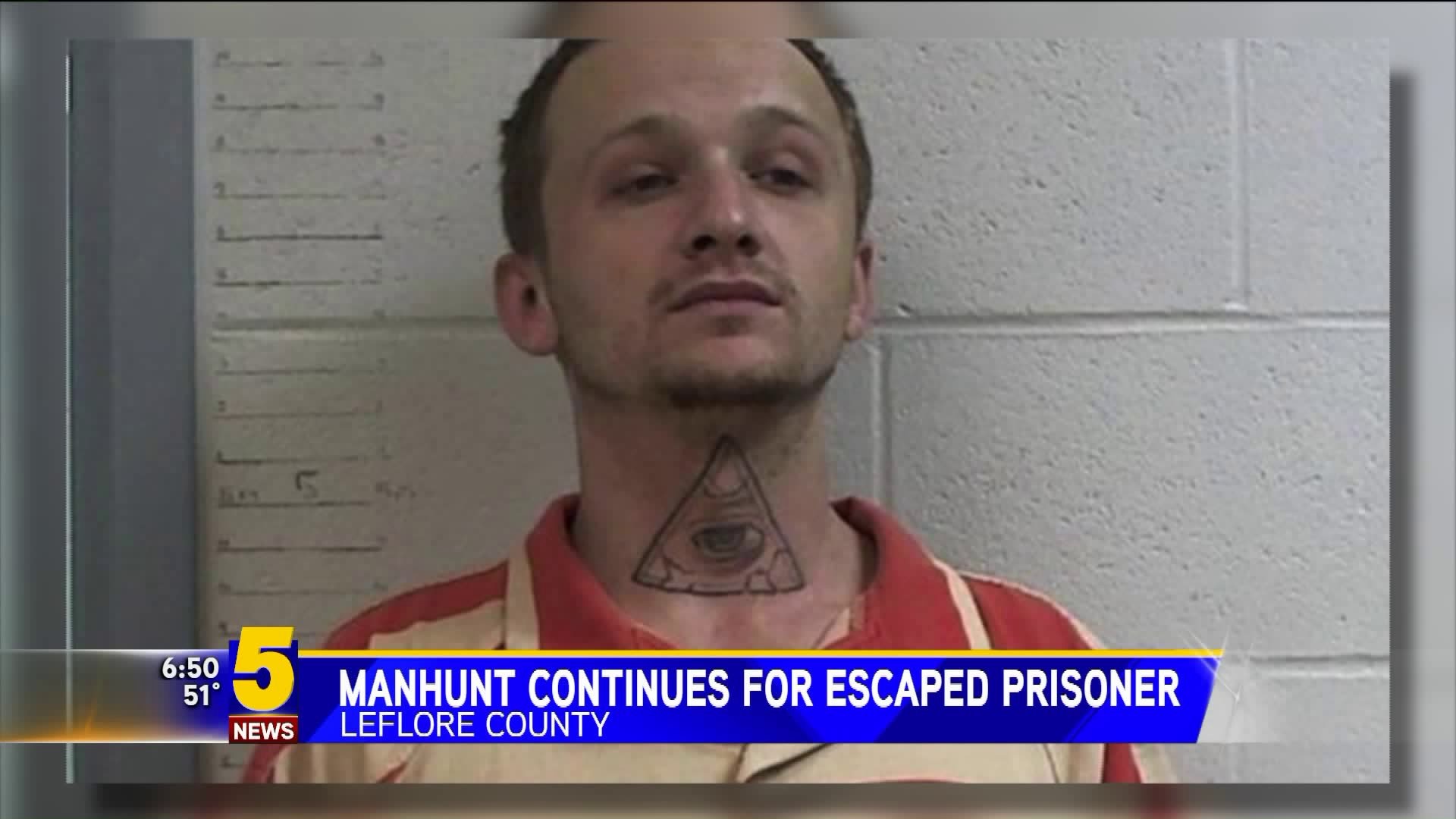 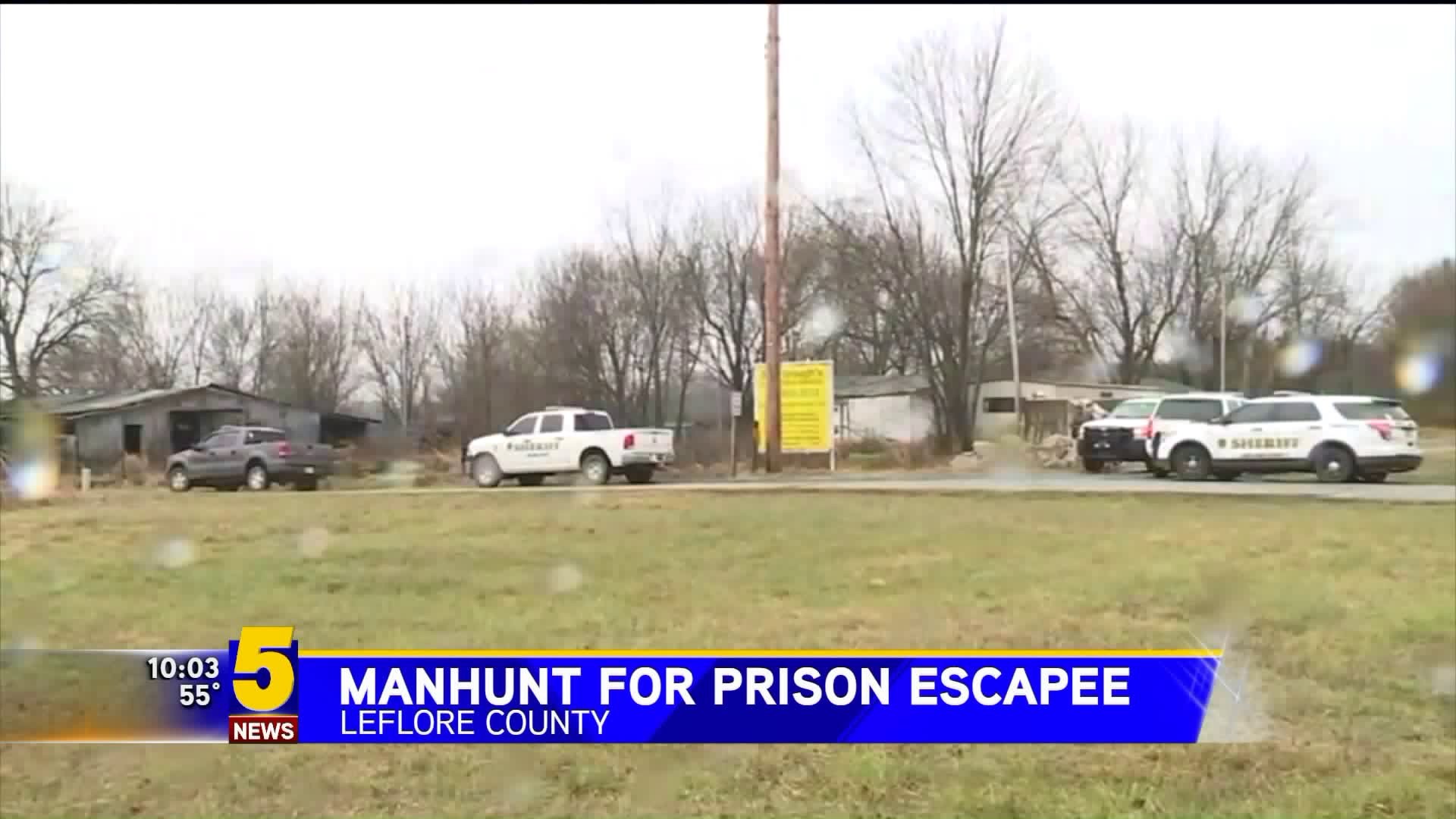 LeFlore County deputies are searching for Travis Lee Davis, 30, who escaped from the Pettis County Jail in Sedalia, Mo., on Sunday (March 10) night. Deputies said Davis allegedly stole a Heavener police car and fled before wrecking it on Forest Hill Road off Highway 59 on Wednesday (March 13). He then fled on foot, deputies said.

Davis was arrested earlier in Heavener, but they didn't know he was an escaped inmate at the time. Officers were called to Choctaw Travel Plaza around 7 a.m. Wednesday (March 13) by a woman claiming she was kidnapped and forced to drive at gunpoint. She said that when they stopped at a gas station, her alleged kidnapper (Davis) fell asleep, allowing her to flee the car.

He was placed in a Heavener patrol car with a window partition that was closed, according to Heavener Police Chief Ty Armstrong. The officer had his key fob, but somehow Davis was able to get to the driver's seat and drive away while still handcuffed, Armstrong said.

Davis wrecked the stolen patrol car a few miles away on Forest Hill Road off Highway 59 and fled on foot.

The women who alleged Davis kidnapped her is now wanted for helping him escape from Missouri. The sheriff said Christole Hurst is now considered a suspect.

"She had picked him up as soon as he got out of jail they had numerous phone calls between him and her from the jail conversations recorded and since Sunday had been driving him around in the southern part of Missouri and for some reason, they came down here," said LeFlore County Sheriff Rob Seale.

Armstrong said they are searching the area, but they believe it's a strong possibility Davis was able to hop onto a train.

Howe school officials said they are monitoring the situation, and schools are taking precautions if necessary. They said school doors are locked regularly to keep students safe. They said the manhunt does not appear to be near the schools at this time.

Neighbors in the area believe he couldn't have made it far without shoes in the thick brush. Poteau resident Makayla Jamison says she's nervous that Davis is still on the loose.

"It’s kind of scary and makes you want to lock your doors and not go outside very much... you can’t really do anything there is nothing you can do about it you don’t know where he is, you don’t know if he is in your neighborhood or someone else’s," Jamison said.

Jamison says this is out of the ordinary for her small town.

"We will just continue to diligently patrol and follow up any leads that we get if anybody calls about a suspicious person we are going to respond as quick as possible and check that out," Seale said.

According to our St. Louis affiliate Fox 2 Now, Davis was being held in the Pettis County jail in Sedalia on $100,000 bond after a hostage situation in February. Sedalia police said Davis held a woman and toddler hostage inside an apartment bedroom on Feb. 13 before the woman and boy were released. Police said Davis was taken into custody after about two hours, but he resisted as he was arrested.

Davis is a white male, 6 feet tall, weighing about 150 pounds. He has brown hair and blue eyes and has several tattoos, including a "third eye" tattoo of an eye in a pyramid on the front of his neck.