Prime Day Is The Shopping Super Bowl, But No Longer Limited To Amazon

(CNN) — Amazon has successfully invented a new shopping holiday, a kind of Black Friday in July. The e-commerce giant and its retail competitors are set to capi... 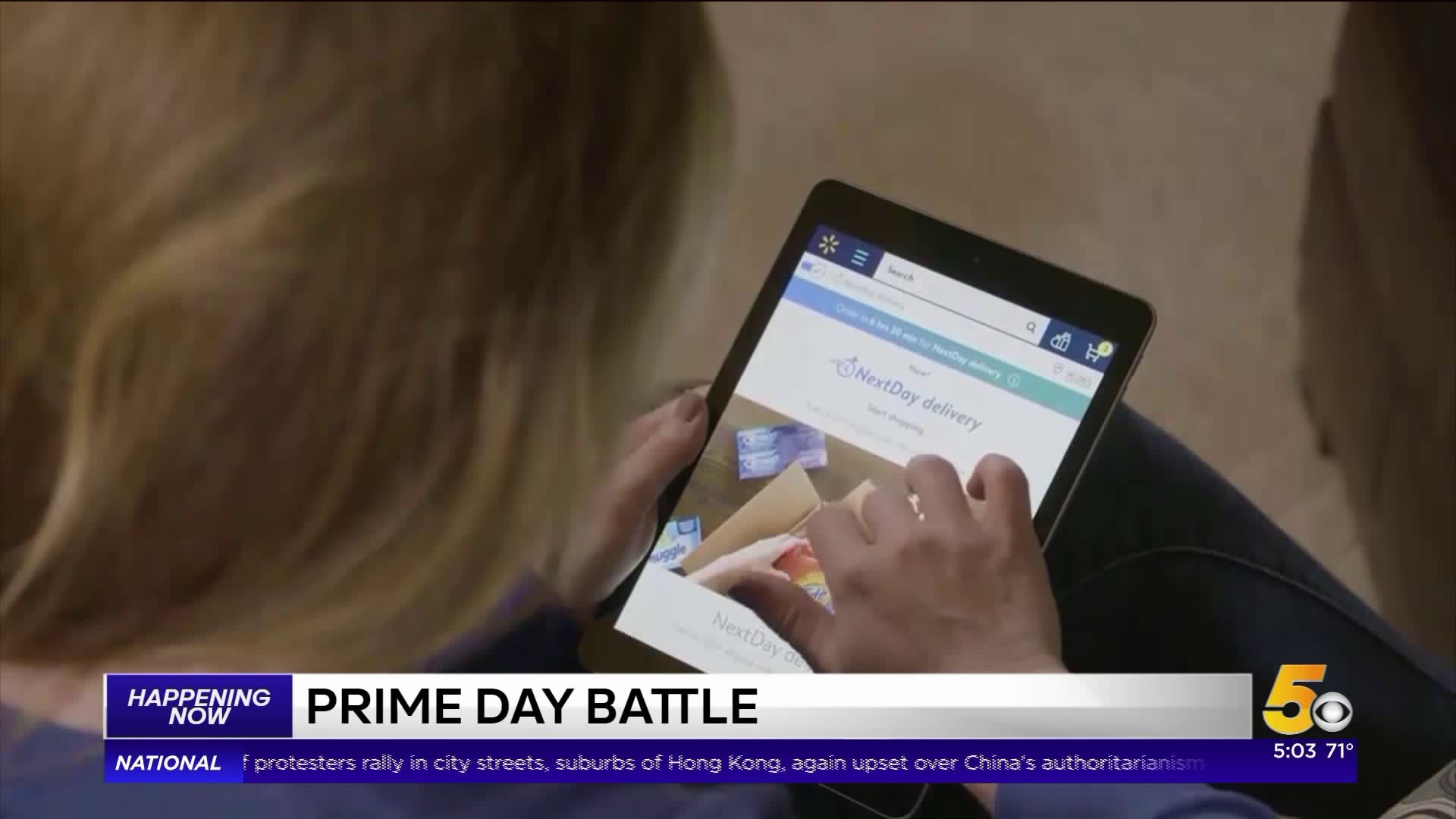 (CNN) — Amazon has successfully invented a new shopping holiday, a kind of Black Friday in July. The e-commerce giant and its retail competitors are set to capitalize on shoppers dishing out on everything from clothes to televisions starting today (July 15).

Amazon Prime Day will return for the fifth time starting Monday at midnight PT, and this year the discount event will run for two full days. Amazon says it will launch new deals as often as every five minutes, encouraging Prime members to keep returning to the site.

Amazon faces increased pressure this Prime Day, however. Rival retailers such as Walmart, Best Buy, Target and EBay have had years of practice perfecting their Prime Day strategies and are rolling out discounts of their own.

"This will be the most competitive Prime Day ever," said Justin Belgiano, senior vice president at Nielsen. More than 250 retailers are planning deals and are poised to capture Prime Day's "halo effect."

Walmart started rolling out deals on Sunday (July 14) to get a head start on Amazon's big sales. Walmart also plans to run longer than Amazon, taking its sales through Wednesday (July 17), a day longer than Prime Day.

For Walmart, the biggest deals include a 55-inch Vizio LED television for $160 off and the Apple Watch Series 3 for $80 off. A children's outside wooden playset that normally runs $550 will be $230 during the sale.

Target and Best Buy also have big online sales today to compete with amazon. And Macy's has been holding its "Black Friday in July" sale for nearly a week now.

Still, Amazon is poised to pull in billions over the next two days.

"No doubt Amazon Prime Day will be another blockbuster event for Amazon, especially as it has increased the length and it seems to be working even harder with suppliers to secure deals," said Sucharita Kodali, analyst at Forrester Research.

Amazon's global sales for Prime Day are expected to hit $5.8 billion over the two days, estimated Coresight Research. Last year, Amazon generated $3.9 billion on Prime Day, according to Coresight. Amazon, which raked in $232 billion in sales last year, does not break out revenue on Prime Day.

Amazon gets to flex its muscles over its competition and juice its quarterly sales numbers with an event it bills as exclusive to Prime members. But, more importantly, Amazon uses the event to hook new members on Prime, a subscription program that more than 100 million people around the world count as an indispensable part of their shopping lives.

Amazon tested out its inaugural Prime Day in July of 2015 to celebrate the company's 20th anniversary. It designed the day to replicate Black Friday for Amazon die-hards, but boasted more deals than the November shopping tradition.

Amazon recorded $900 million in sales its first year, according to Coresight. Amazon CFO Brian Olsavsky called it "Christmas in July."

The company decided to bring it back for a second year with more deals. Sales hit $1.5 billion, according to Coresight's estimate.

The company had a record number of free Prime trial sign-ups, and its Echo Dot smart speaker was the best-selling product.

Amazon recently updated its Prime offering. Under heightened pressure from traditional retailers like Walmart, Amazon expanded free next-day delivery for more than 10 million products for Prime members. This is the first Prime Day in which free one-day shipping will be available to members with no minimum purchase amount.

Rival retailers like Target want to claim a piece of Americans' spending next week.

"Competitors will look to siphon off demand and ambush Amazon's traffic," said Portell.

Target is running "Deal Days" on Monday and Tuesday. Target said it will offer 40% off some furniture, 30% off some small appliances and cookware, and other deals on toys, sporting goods and bedding.

Target is looking to compete in part by playing up the fact that customers don't need a membership to score deals. This year's two-day event is an expansion: Target held a one-day sale last year, which it called "one of our biggest days of the year for online sales."

Other companies are trying to cash in next week, too.

EBay made a more pointed reference to Amazon in its announcement, needling the company for its periodic website outages last year on Prime Day. EBay said it will launch a "Crash Sale" on July 15 to include "hot deals on top brands" over 50% off, with free shipping — and "if history repeats itself and Amazon crashes that day," eBay will add more deals.