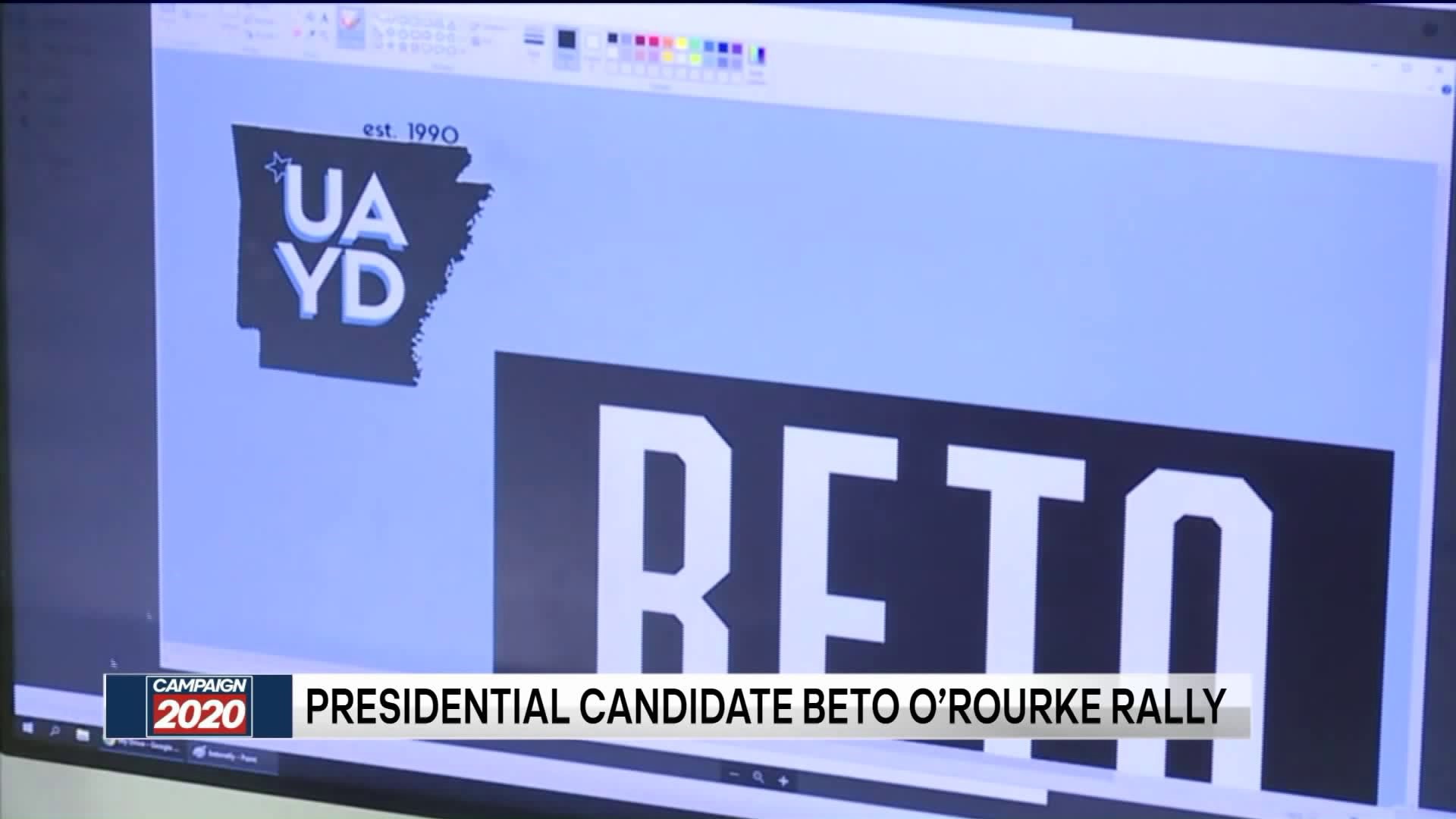 O'Rourke will attend the Fayetteville Rally With Beto on Sunday (Aug. 18) from noon-2 p.m. at the Razorback Gardens, 500 S. Razorback Road in Fayetteville.

According to a message on O'Rourke's website, the Texas congressman is traveling to cities and towns across the country to introduce himself and to hear from people about "the ways we can move this country forward."

Billy Cook, Vice President of the University of Arkansas' young Democrats of Arkansas says he was shocked when the Beto campaign reached out to them about the rally.

"Which has us completely excited and floored and ecstatic and a little bit nervous because this isn’t something we’ve put on before, but we are absolutely ready for it," Cook said.

Originally, the rally was supposed to take place Friday  (Aug. 16) but was pushed back after the El Paso mass shooting.

U of A student Michelle Clark says she's happy O'Rourke is making a stop in Northwest Arkansas.

"If a candidate wants to come and talk to us I think that’s great because I know a lot of times people don’t think of Arkansas that much," Clark said.

Clark says she hopes the U of A will show support this Sunday.

"Hopefully even if people aren’t from that political party they can go and learn more because that’s what this whole process is about, to learn about people’s sides because it’s not always about the party itself it’s sometimes about what the person wants to do," Clark said.

Cook says they are expecting a big crowd.

"We expect a healthy size crowd and a lot of energy and passion for Beto," Cook said.

O'Rourke is one of what was 24 candidates running on the Democratic ticket for president. The number dropped to 23 briefly on Thursday when former Colorado Gov. John Hickenlooper dropped out, but Mosie Boyd of the True Grit Law Firm in Fort Smith announced Wednesday (Aug. 14) that she would run for president. She has submitted the paperwork.

On the Republican side, only two candidates have declared: President Trump and former governor of Massachusetts Bill Weld.

5NEWS will have live coverage from the rally this Sunday online and on Facebook.