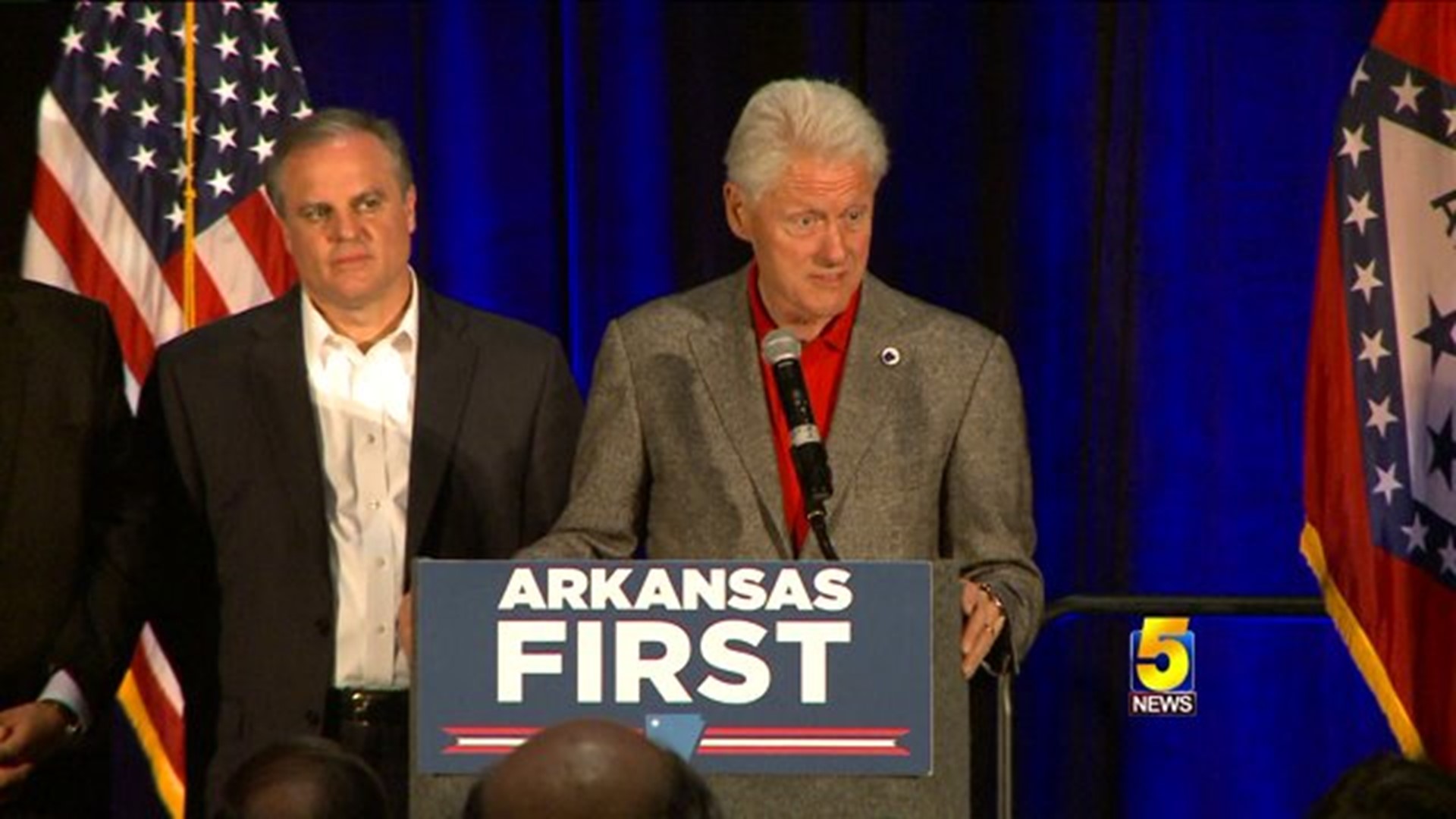 Clinton attended a rally at the Union Plaza on the University of Arkansas campus Tuesday morning. After getting lunch at Hugo's restaurant in Fayetteville, Clinton attended a second rally in Rogers at the John Q. Hammons Center.

The president also attended rallies in Conway and Jonesboro on Monday (Oct. 6).

The rallies are part of a four-city campaign swing by the president to show support for democrats throughout Arkansas.

Two high-profile races, one for a U.S. Senate seat and the other for an open governor's seat, have put Arkansas in the national spotlight.

"Arkansas comes first," Pryor said. "This is what I mean right here. The people in this room, you are Arkansas. You come first to me."

Clinton has endorsed Pryor and Ross in those contests and said Tuesday both men deserve to win their respective races.

"I know what works and what works is when we do it together," Clinton said. "Mark Pryor and Mike Ross are together politicians."

The president's most important message at both rallies in Northwest Arkansas was an encouragement to go out and vote, he said.

"You got more at stake in this election than people like me," Clinton said. "I have more yesterdays than tomorrows. You've got more tomorrows than yesterdays, and you better show up and protect your tomorrows."

Click here to see the Republican reaction to Clinton's visit.