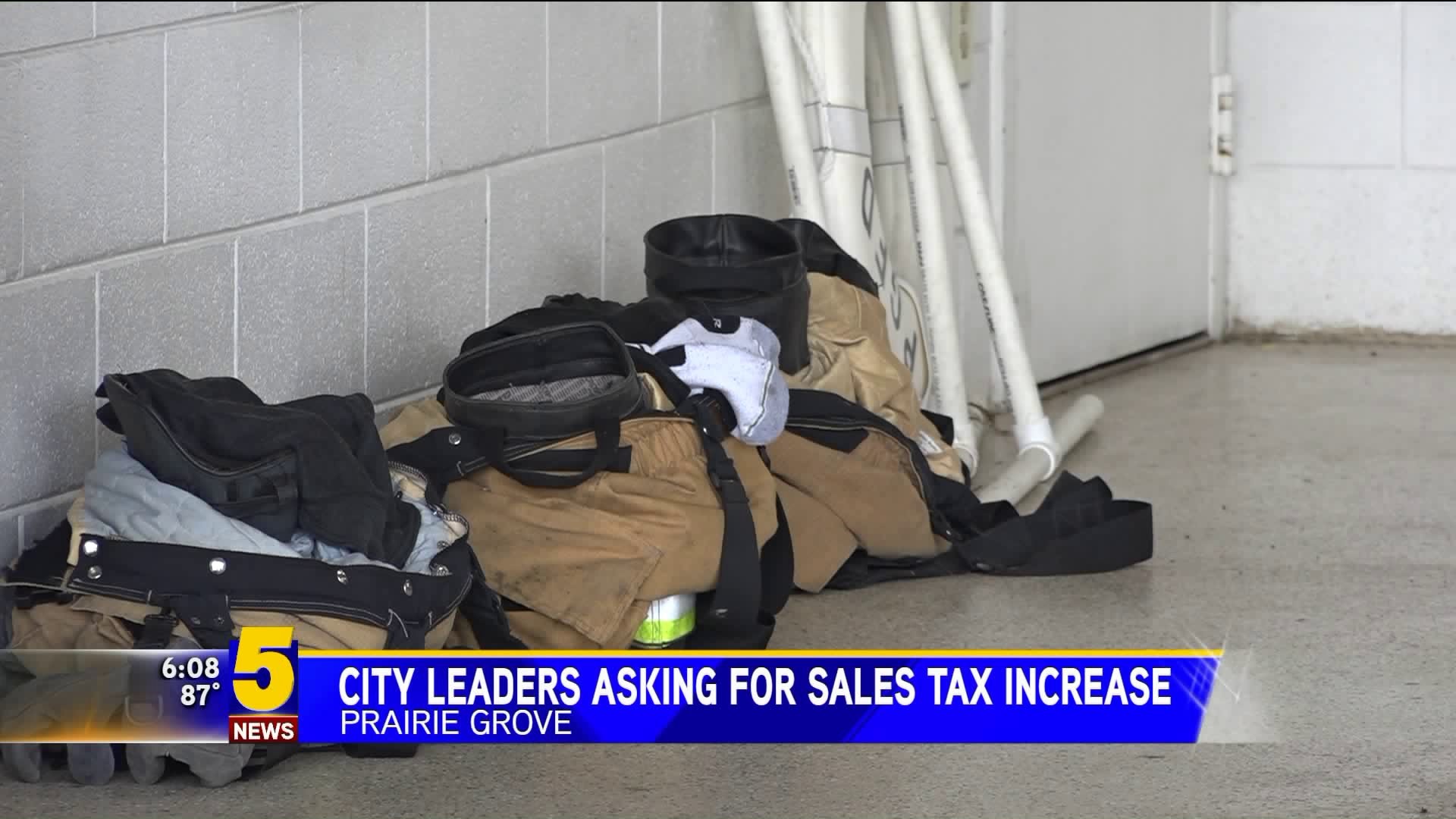 "We've still got some shifts right now that we only have one officer out maybe for an eight to twelve hour period. This would help alleviate that so there would always at least be two officers out for every shift," said Sandifer.

Right now Prairie Grove Fire Department operates with one full time firefighter, the rest of the fire departments positions are being filled by volunteers.

The new tax increase would bump Prairie Grove taxes up from 2.25% to 2.75%, that's about a dollar increase for every two hundred dollars spent.

Hobbs said, "no one likes taxes, but when you call 911 you want someone to show up at your door."

Prairie Grove's population has grown by 2,000 people in just the last eight years, and another 1,000 people are expected to move to Prairie Grove by 2020.