PRAIRIE GROVE (KFSM) — Some Prairie Grove residents are frustrated because brown water is pouring out of their faucets. Residents told 5NEWS they are mad ... 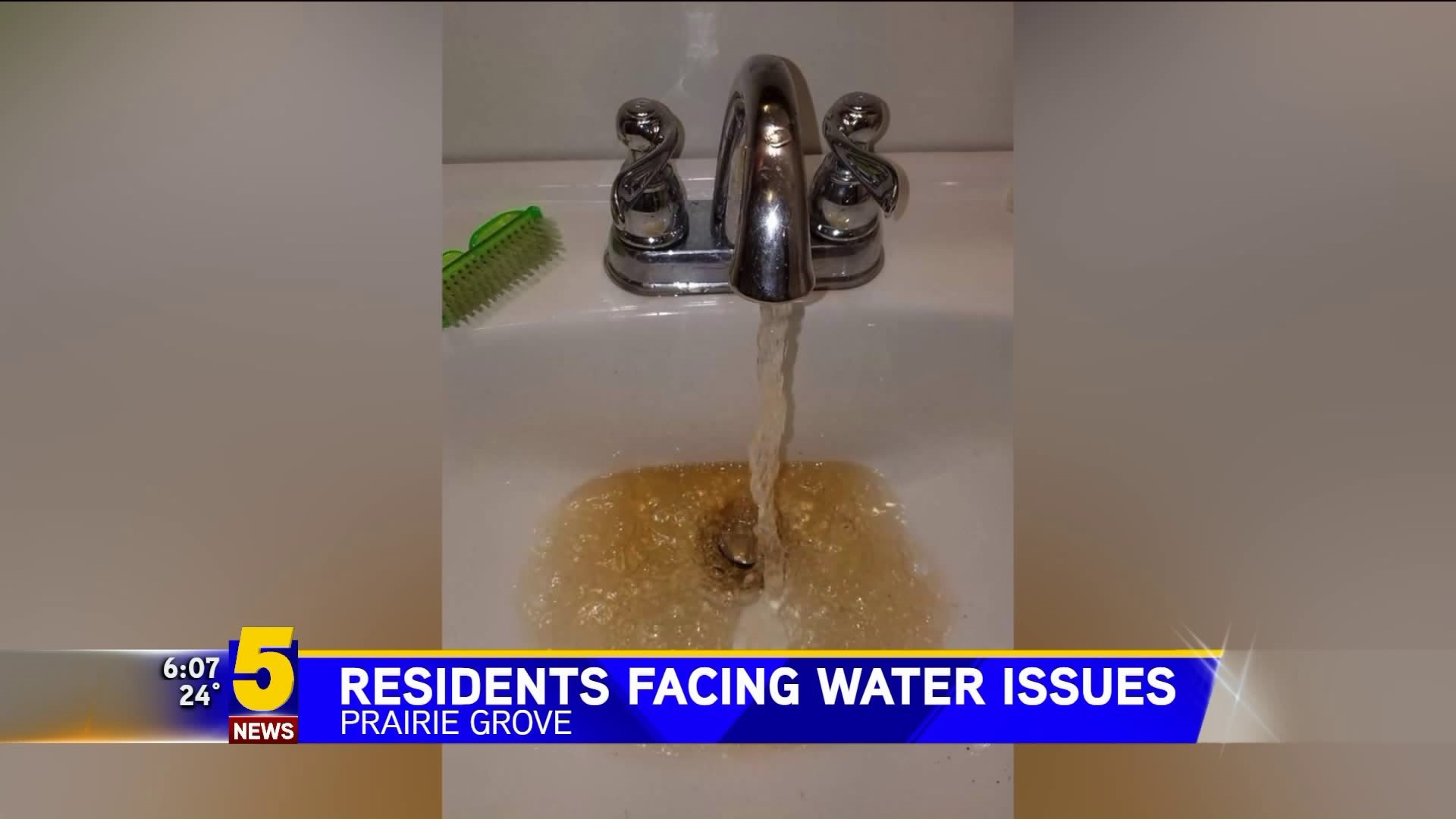 PRAIRIE GROVE (KFSM) -- Some Prairie Grove residents are frustrated because brown water is pouring out of their faucets. Residents told 5NEWS they are mad more can't be done to prevent this problem.

Charles White said the water will be brown for a few days then clear up after the city comes to flush the pipes, but then it comes back a few weeks later.

"Pretty frustrating especially when you pay $100 a month on a water bill, you expect to have drinkable or bathable water," he said.

White said they even moved to a different part of town, hoping it would help.

Director of public works and administrative services Larry Oelrich said there are a lot of different things that can stir the water up. He said this problem could occur in an old system with steel pipes.

"The inside of those steel pipes get coated with rust, so anytime you see a large velocity of water like a water main break or a fire hydrant being opened, it can pull some of that rust lose and it will turn the water orange or brown," he said.

Oelrich said if you are having this issue at your house to call the city so they can come help. He said posting on Facebook usually doesn't get them out there to solve the problem.

"Everything will eventually be changed out, but it's a very long, expensive, very arduous process and some of these water lines have been in the ground for 85 years. So, it's many years not a short term problem," he said.

He said it can take days to flush out the system, depending on the size of the water leak. The city said even if the water is discolored, it is still safe to drink.