PRAIRIE GROVE (KFSM) — A Prairie Grove High School teacher was cited for providing alcohol to students, who were under the age of 21, according to the Pra... 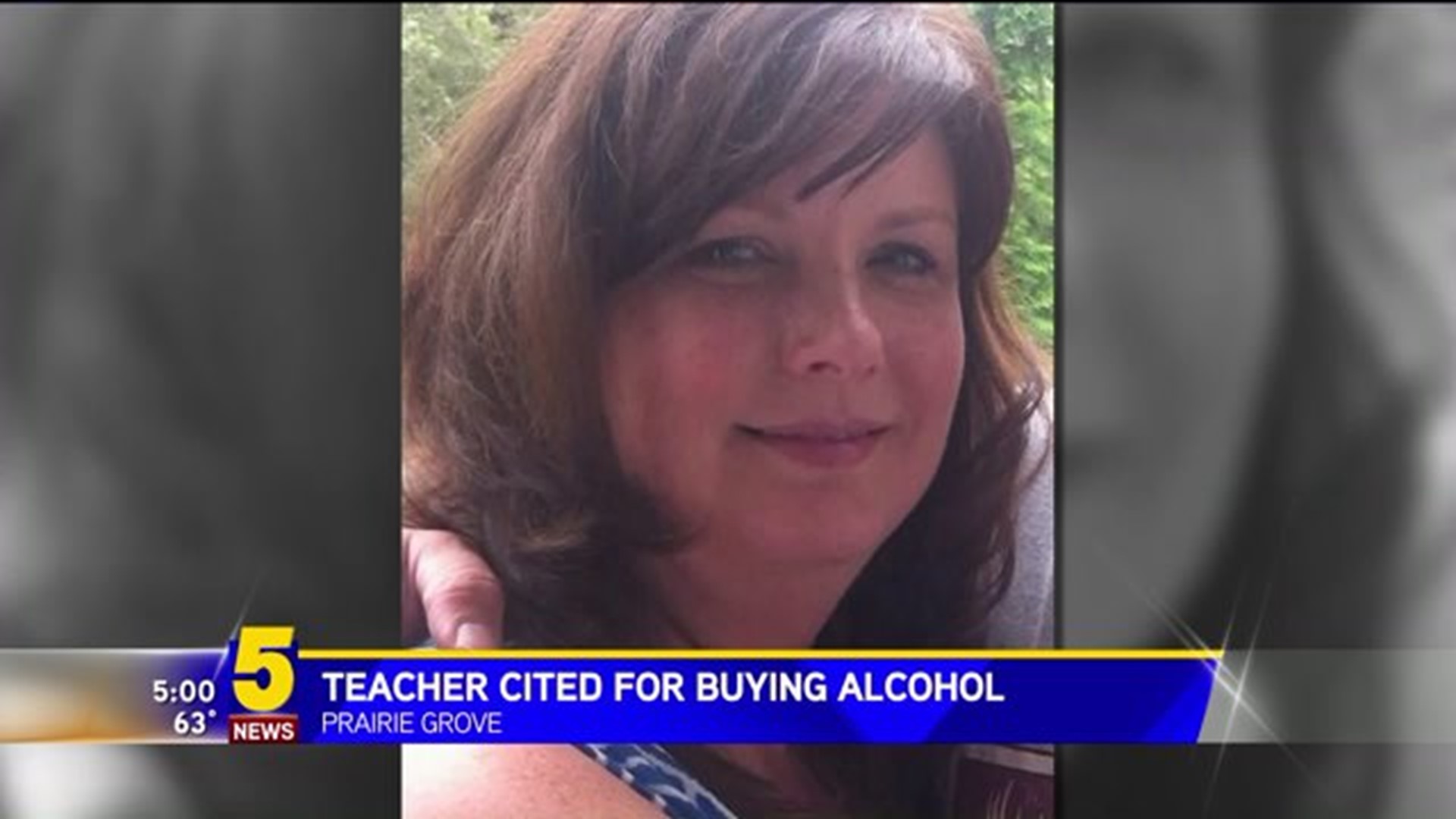 PRAIRIE GROVE (KFSM) -- A Prairie Grove High School teacher was cited for providing alcohol to students, who were under the age of 21, according to the Prairie Grove Police Department.

Parents and community members began reporting concerns about Melissa Stewart around late spring and early summer, according to Capt. Jeff O'Brien. The allegations included providing alcohol to students and drinking with them, sending text messages and Snap Chats and spending a lot of time with students during weekend get-togethers, O'Brien said.

On Dec. 2, police received a call from a parent who told them Stewart had recently drank alcohol with students and other underage minors at an apartment in Prairie Grove and were able to develop witnesses, according to O'Brien.

The four underage participants told police Stewart came to the apartment on Oct. 31, O'Brien said. When Stewart got there she drank with them and when all the alcohol was gone she left and came back with a 24-pack of Keystone Light beer and a fifth of Fireball whiskey, he said.

During the interviews, the participants described about four other instances where high school students drank alcohol while at Stewart's home and she would take their car keys away so they couldn't drive, according to O'Brien.

When police interviewed Stewart she told them she did go to the apartment on Oct. 31 where she drank with the underage individuals and admitted to buying the beer and whiskey that she left with them, O'Brien said. Stewart also told police she was aware of underage individuals drinking at her home on other occasions, he said.

Stewart was cited for knowingly furnishing alcohol to a minor and was given an arraignment date of Jan. 5, 2016, according to police.

According to the Prairie Grove High School website, Stewart is a math teacher. In her "About Me" Stewart writes:

"I am blessed to be here at PGHS and cannot wait to start the new school year. I look forward to meeting all of you and share my love of math and learning with you."

The Assistant Superintendent David Kellogg said Stewart has been suspended until the case is resolved.

On Monday, a Prairie Grove High School student was arrested after she brought her mother's prescription medication to school and shared it with her classmates, which led to one of them being hospitalized, according to police.