PRAIRIE GROVE (KFSM)—We are less than a month away from midterm elections, and several cities in our area are asking for sales tax increases. The growing city o... 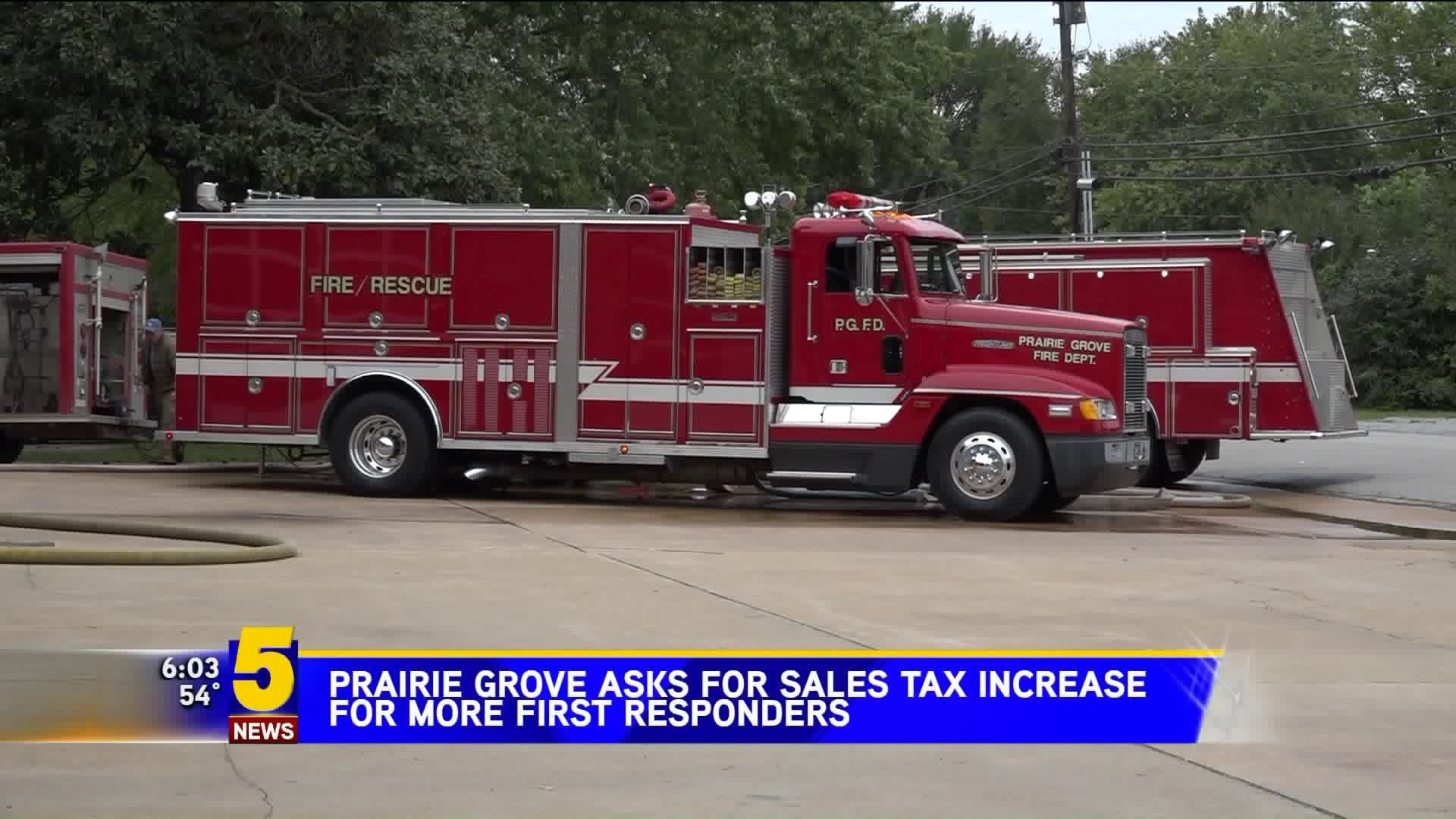 PRAIRIE GROVE (KFSM)—We are less than a month away from midterm elections, and several cities in our area are asking for sales tax increases.

The growing city of Prairie Grove is in need of more first responders, that`s why they are asking voters for a half cent sales tax to pay for salaries for more police officers and fire fighters.

“Since 2010 the population of Prairie Grove has grown by 43%, and our police department staffing has only grown by 10%,” Chris Workman said.

“Currently right now the police captain is taking on the role as detective and a lot of other administrative duties, so if it passes, we are going to add a full-time detective. With the growth and the continued casing coming in it`s kind of overwhelming,” he said.

If passes it would mean that anyone who buys something in the city of prairie grove would pay an extra 5 cents on a $10 purchase or 50 cents on a $100 purchase.

Fire Chief J.C. Dobbs said there call volume has gone up a lot with the population.

He said they currently only have one full-time firefighter, a few part-time and volunteers.

“If the sales tax passes that will have someone at the station 24 hours a day. So at 2 in the morning the trucks are going to get out. The volunteers are still going to come, but at least the truck is already rolling,” Dobbs said.

He said adding three more firefighters would be a massive step in making the department more comparable to other departments their size.

“Everyone hates to have to pay taxes, but at the same time there is a certain level of service you expect, and there is a cost that goes along with that level of service. We’ve done well for years maintaining it as a volunteer. The problem with volunteers is the pool is drying up,” he said.

If passed Prairie Grove's sales tax would still be lower than West Fork and Greenland.