A quiet field transformed into a Civil War battle full of troops, gun powder and casualties for an re-enactment to commemorate the 150th anniversary of the Batt... 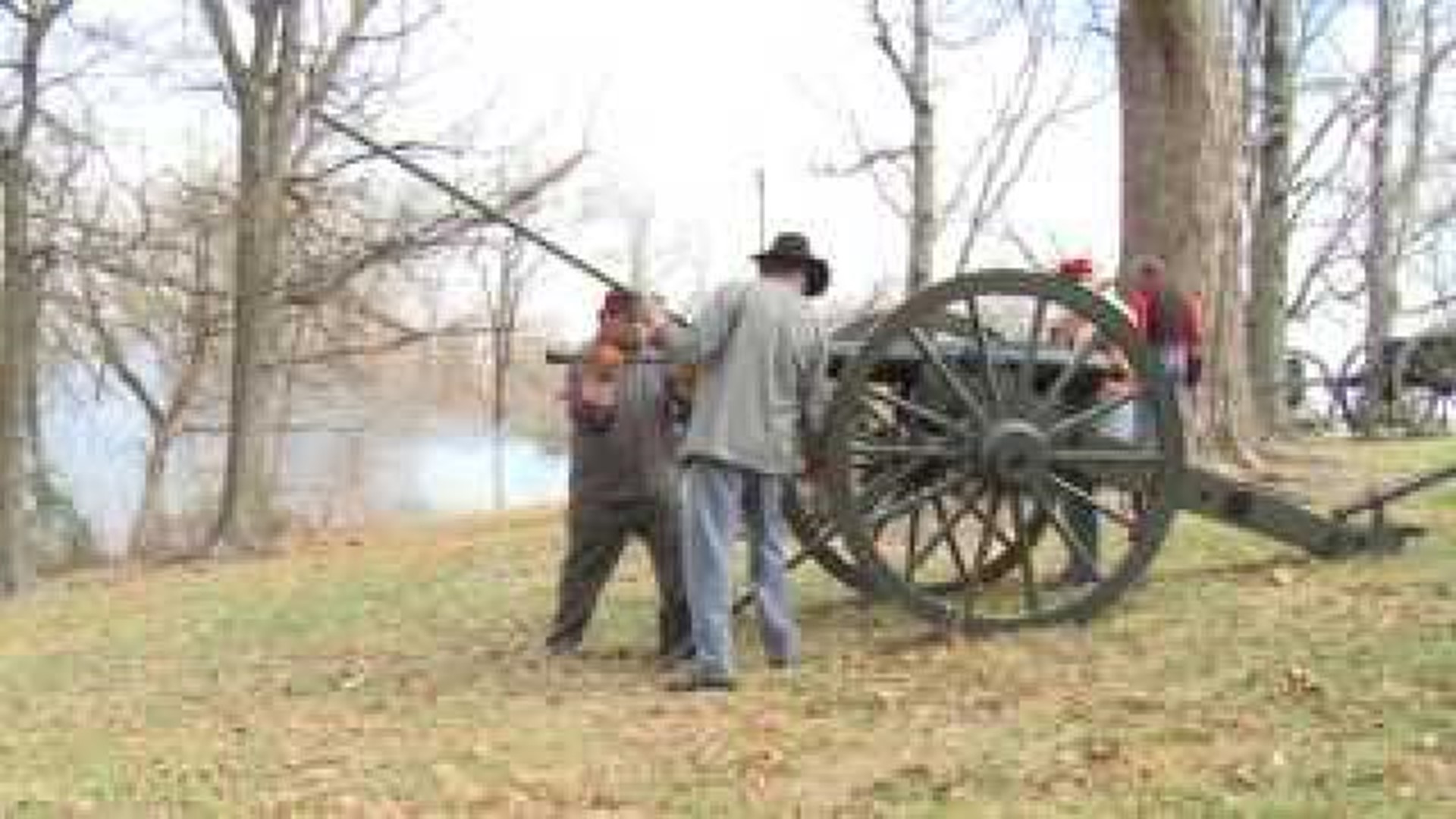 A quiet field transformed into a Civil War battle full of troops, gun powder and casualties for an re-enactment to commemorate the 150th anniversary of the Battle of Prairie Grove.

"I died several times, we got decimated a couple of times at the bottom of that hill," said Paul Bettes, a Confederate soldier re-enactor.

Bettes is one of 1,200 re-enactors who got into character for this historical tradition.

"You change your vocabulary and your mannerism, try to discard all the modern conveniences like cell phones," Bettes said.

The re-enactment began with a cavalry charge, which was followed the infantry marching into battle surrounded by gun smoke that drifted over the field.

"Most of these (soldiers) didn't have anything but an elementary education,” Bettes said. “They didn't know what was going on around them, they would tell them where they were going, they just told them to go forward and fight when there were ordered to."

Re-enactors from the Confederate army clashed with Union soldiers as they took thousands of spectators through a journey back in history.

"It's a great opportunity since this is the 150th anniversary, you only have one of those, to actually get out here," said Chris Furnel, who watched with his family. "Instead of reading about it, to actually see it in action."

Kylie Scott, 12, who goes to Prairie Grove Middle School, said it was her second time attending this battle re-enactment.

"It's kind of scary to see actually people that had to live through this," Scott said.

Bettes shot his weapon in the air. All re-enactors use paper cartridge instead of bullets.

Bettes said it was an honor to wear the uniform of a soldier who fought in an important battle.

“We like to represent what the south was all about, the goodness of it all and the reasons why they fought," Bettes said.

About 2,700 soldiers lost their lives in this field.

There will be another Prairie Grove Battle demonstration near the historic Borden House at 1 p.m. Sunday.