Power Restored In River Valley After 3 Days In The Dark

BARLING (KFSM) — Power has been restored to the last few houses after thousands were left in the dark from Saturday’s storms. Utility crews have been work... 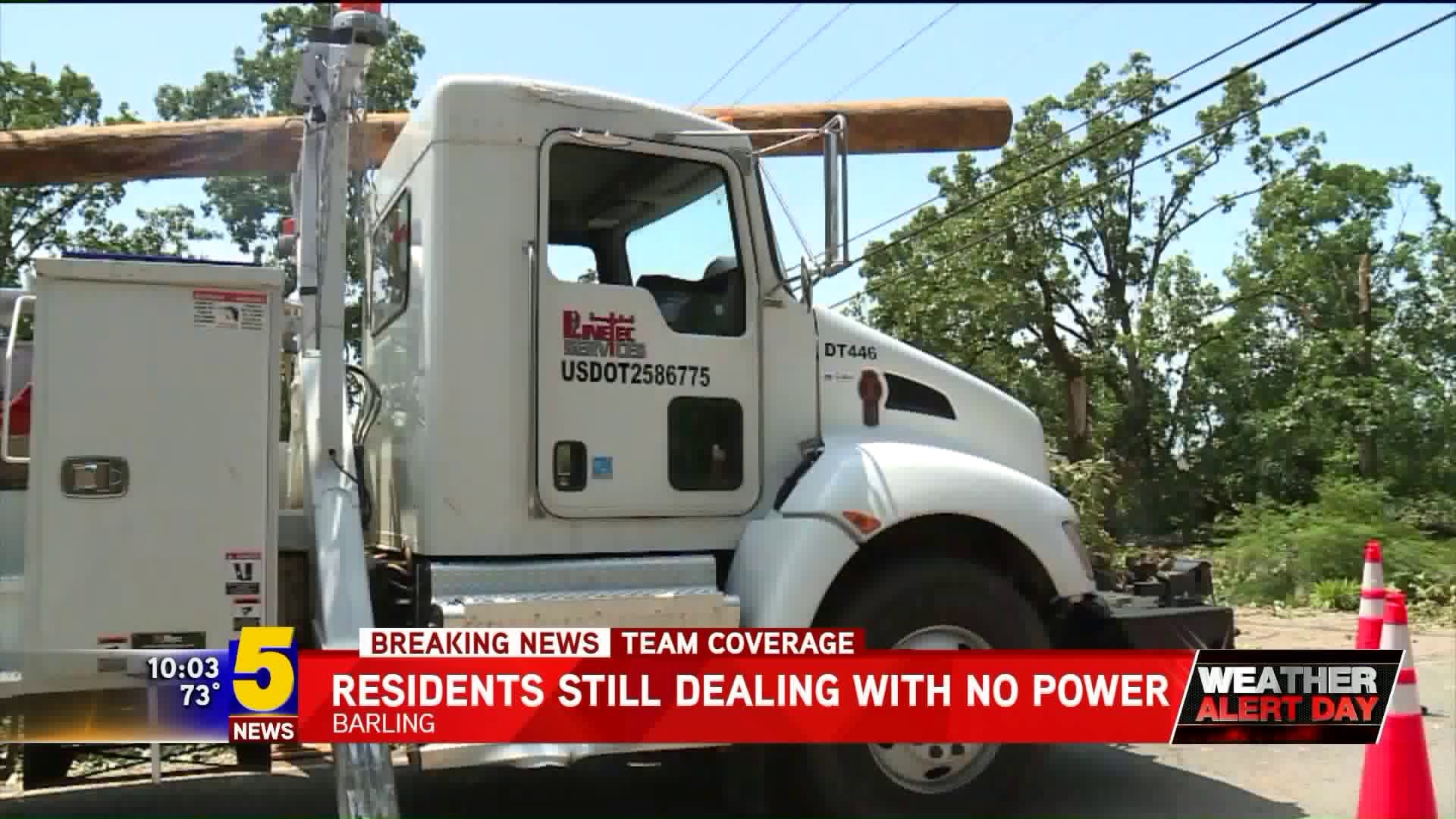 BARLING (KFSM) — Power has been restored to the last few houses after thousands were left in the dark from Saturday's storms.

Utility crews have been working around the clock to fix power outages, but some residents were still without power Monday night.

About 268 customers in Barling were without power. It was restored by 3:30 a.m., according to the outage map from Oklahoma Gas & Electric.

With more severe weather on the way, homeowners are worried that if the power does come back, it won't be for long.

In Barling, homeowners saw damage from Saturday's tornado in the form of uprooted trees, destroyed carports and fallen debris.

Once the storm has passed, the biggest impact was power outages. Some people went without it for three days.

"No electricity the whole time. I mean ever since it went off, it has not come back on. So it's been rough," said Sherry Harper of Barling.

Homeowners said getting into contact with OG&E has been difficult.

"I tried through Facebook and even through their website. It says that they are aware of the outage but they haven't responded with anything. They're more focused on the surrounding areas than this area, that's what it seems like," Jose Hernandez said.

Still, some people were frustrated with the progress.

"We've had to go to family's house to take showers. We couldn't buy groceries because we have no electricity. We can't replace the groceries we lost," Harper said.

Harper says she had to throw away almost $200 worth of food, and her fears are growing with more severe weather possible in the near future.

"If we do get it on, is it going to stay on? That concerns us, so we're just waiting to see what's going to happen," Harper said.

Despite frustrations, some people in Barling say they are used to things like this happening during severe weather events, but they were looking forward to things returning to normal.