FAYETTEVILLE, Ark.  (KFSM) — The recent weather across our area has now left some extra bumpy roads for drivers. “My tires are getting ruined right now an... 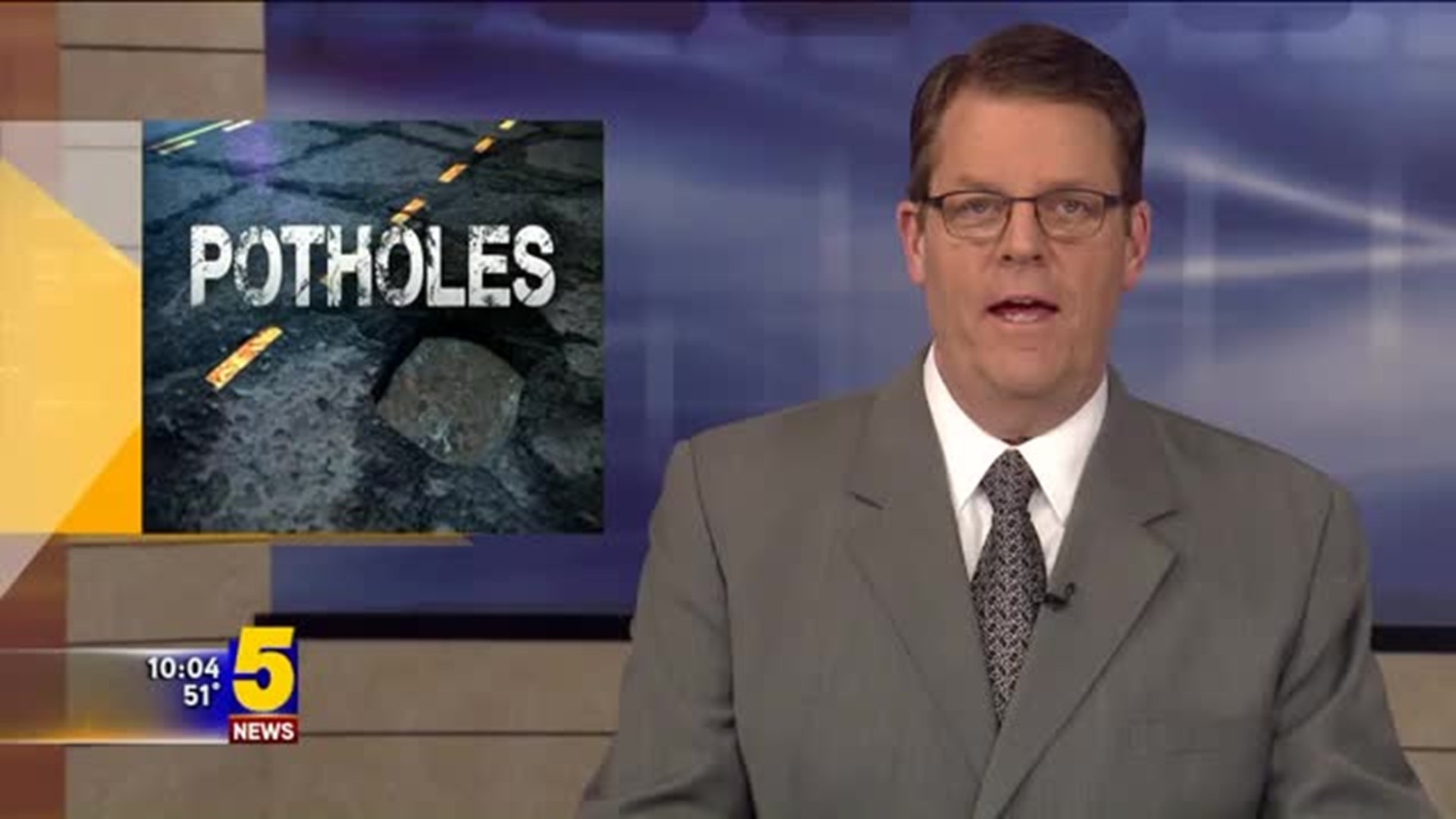 FAYETTEVILLE, Ark.  (KFSM) — The recent weather across our area has now left some extra bumpy roads for drivers.

"My tires are getting ruined right now and you just have to go slow over the bumps and everything, so it's just kind of annoying when I'm trying to get somewhere in a hurry and I'm like all these potholes," said Danielle Light, a University of Arkansas student.

"A pothole is in the process long before you see it. It's just a matter of what type of weather event caused it to reveal itself to the traffic. So the potholes that have been popping up all over I-49 and other state highways here in the last couple of weeks they've been in production for quite some time," said ARDOT Spokesman Danny Straessle.

Straessle explains how these potholes form and why they are so difficult to fix.

He says the continuous freezing and thawing expansion is the main reason as to why potholes occur.

Light says potholes are causing her to spend extra money on her car.

"Two of them are about to pop so I went just in time and it was a really hefty bill. It was over $600 dollars so it's really frustrating when the roads are messed up and it ruins your car," Light said.

Straessle says warm weather is necessary to effectively patch potholes. He says they start their "overlay" season in late spring and finish in early summer.